A historic visit at a historic moment in China-DPRK ties 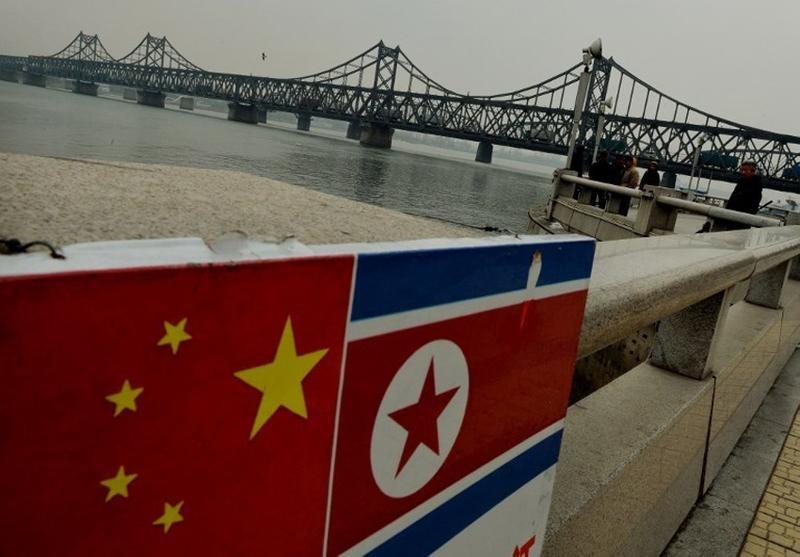 This Dec 18, 2013 photo shows flags of China and the Democratic People’s Republic of Korea (DPRK) attached to a railing at the Chinese border town of Dandong. (MARK RALSTON / AFP)

BEIJING — Chinese President Xi Jinping is traveling to Pyongyang on Thursday for a two-day state visit to the Democratic People's Republic of Korea (DPRK) at the invitation of DPRK top leader Kim Jong-un.

The trip, Xi's first as general secretary of the Central Committee of the Communist Party of China (CPC) and head of state, will lend fresh momentum to the bilateral relationship, and help promote lasting peace and stability on the Korean Peninsula in changing times.

The historic visit, the first of its kind in 14 years, comes at a time when the two countries are celebrating the 70th anniversary of their diplomatic ties, and the situation on the peninsula is standing at a critical juncture.

The trip, Xi's first as general secretary of the Central Committee of the Communist Party of China (CPC) and head of state, will lend fresh momentum to the bilateral relationship, and help promote lasting peace and stability on the Korean Peninsula in changing times

China-DPRK relations have now opened a new chapter following an unusually vigorous streak of top-level diplomacy, which saw Xi and Kim, chairman of the Workers' Party of Korea and chairman of the State Affairs Commission of the DPRK, meet four times within 10 months since March last year.

Over the past seven decades, bilateral ties have ridden out the vicissitudes of the global political landscape and evolved into a special bond of trust and friendship.

That traditional friendship now serves as the ballast of China-DPRK ties, and the two neighbors have a strong consensus that such a valuable asset should be cherished and passed down from generation to generation.

"No matter how the international situation changes, the CPC and the Chinese government have held and will always hold a firm position on consolidating and developing China-DPRK relations," Xi said in a signed article published in DPRK's mainstream media ahead of his visit.

In the past year, the DPRK unveiled a new strategic line, and achieved notable progress on multiple fronts through economic reforms. As Pyongyang is trying to concentrate on economic development and improve its people's livelihood, Beijing, as always, will support the country in choosing a path of development that suits its national conditions.

Steady economic growth demands a peaceful environment. It is a shared responsibility for China and the DPRK, as well as other related parties, to safeguard stability and realize permanent peace in the region in a way that address their respective legitimate concerns.

Over the past few months, although the positive momentum in fixing the nuclear issue on the peninsula has lost some steam following the February summit between Kim and US President Donald Trump in Hanoi, Vietnam that ended with no agreement, hope remains alive and kicking.

For decades, China has been a staunch supporter of denuclearization in the Korean Peninsula and the establishment of a peace mechanism through diplomatic means.

Its "dual-track approach" and the "suspension for suspension" proposal have already proved to be an effective way to create the basic conditions for Washington and Pyongyang as well as other parties to return to the negotiating table.

However, as the nuclear issue has dragged on for decades and complicated factors remain, the relevant parties cannot expect the issue to be solved overnight. They need to have reasonable expectations and refrain from imposing unilateral and unrealistic demands.

In order to achieve a breakthrough, they also need to break the cycle of mistrust and jointly work out a roadmap for denuclearization and the set-up of a peace regime, and roll it out step by step. In this process, China can continue to play a unique, constructive role.

As Xi is going to shake hands with Kim again, it is believed that the two leaders will jointly usher in a new era for bilateral ties, and help bring the peninsula closer to peace.