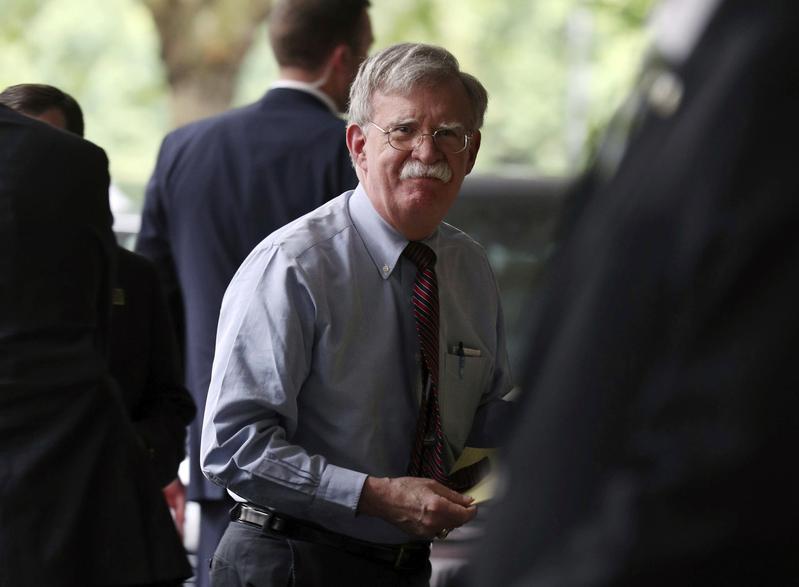 US National Security Advisor John Bolton arrives to speak to members of the media at a hotel in central London, Aug 12, 2019. (YUI MOK / PA / AP)

LONDON — The United States is ready to negotiate a post-Brexit trade deal with the UK "in pieces" to help speed the process as Britain prepares to leave the European Union on Oct 31, National Security Adviser John Bolton said Monday.

Bolton told reporters after meeting with British Prime Minister Boris Johnson in London that a piecemeal approach to trade negotiations was "not unprecedented" and talks between the US and the UK could start with areas where the two sides are likely to agree.

ALSO READ: For Johnson, Brexit a hard nut to crack

"I think here we see the importance and urgency of doing as much as we can agree on as rapidly as possible," he said.

Johnson's office said the prime minister and US President Donald Trump's adviser "spoke about Brexit and a range of other issues.

Bolton suggested that discussing issues such as US sanctions on Iran could wait until after Brexit.

British newspapers reported in May that the UK National Security Council, which meets in private, had agreed to let Huawei participate in some aspects of Britain's new 5G wireless communications network.

READ MORE: Corbyn: Forcing a no-deal Brexit would be 'abuse of power'

But the British government has insisted no decision has been made about the use of Huawei's equipment in the UK.

Bolton said it was an honor for him to meet with Johnson.

"We have a strong commitment to deepening the US-UK Special Relationship and working together to address global security issues," Bolton said in a tweet.