By He Shusi and Miriam Zhang 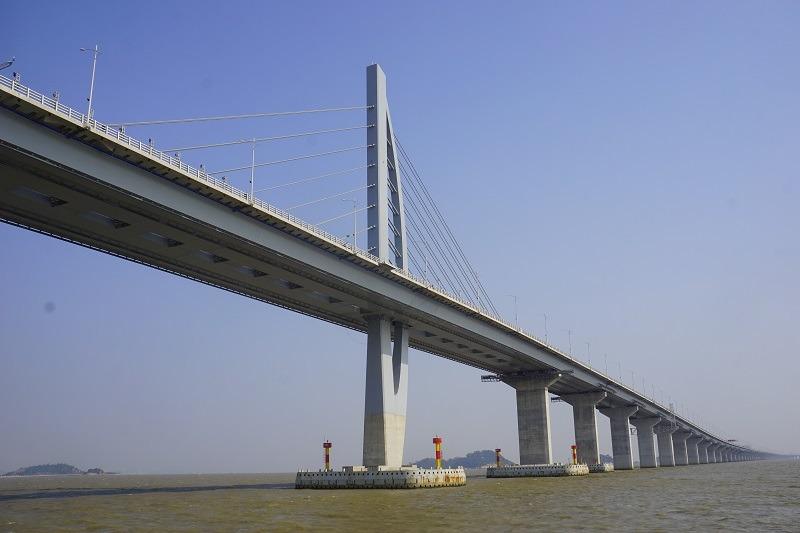 The principal section of the Hong Kong-Zhuhai-Macao Bridge is officially ready for operation after the project’s management authority finished their acceptance check of the project on Tuesday.

Zhu Yongling, director of the bridge authority, confirmed to China Daily that the world’s longest sea-span would start service in the first half of this year. Zhu’s statement echoed China Daily’s exclusive release of the long-expected timetable a month ago.

The governments of Guangdong province and the Hong Kong and Macao special administrative regions are finalizing their cross-boundary transport policies, Zhu said.

Port facilities in Zhuhai and Macao are complete, pending an official handover to the operator, authorities said. Work on the Hong Kong port area will finish in two or three months.

Su Quanke, the bridge authority’s chief engineer, said operational authorities – in charge of highway operation, immigration, customs, fire protection and traffic control – would move into the control center, located on the west artificial island of the bridge’s tunnel, after taking over the bridge from contractors.

Leading figures in the bridge-building sector are delighted as the long-expected moment draws near.

Gordon Wu Ying-Sheung – chairman of infrastructure and property developer Hopewell Holdings, who initiated the idea of building a link bridge across the Pearl River Delta in 1983 – said he is delighted to see for himself the completion of the bridge, and its world-class quality.

Completion of the bridge realized his dream from 35 years ago, Wu told China Daily in an exclusive interview. The project indicated the huge advances in the country’s overall strength over the years after the reform and opening-up, Wu said.

He expected the bridge to play a principal role in development of the Guangdong-Hong Kong-Macao Greater Bay Area.

Lau Ching-kwong, fellow of the Hong Kong Academy of Engineering Science and former director of the Civil Engineering and Development Department in Hong Kong, also spoke highly of the quality of the bridge in an exclusive interview with China Daily.

The project is testimony to positive exchange in civil engineering and management concepts among Hong Kong, Macao and the mainland, Lau said.

International tunnel expert Tommy Olsen from Danish infrastructure consulting company COWI agreed. He was impressed by the high quality of the 6.7-kilometer tunnel project, which was built with the most sophisticated technology in the world.

The project is “unique” and the industry worldwide should study the new method and apply it to other tunnels planned in coming years, he said.

Construction on the 29.6-km principal section, a bridge-island-tunnel complex across the Pearl River Delta, began at the end of 2009. The whole 55-km bridge project also includes three ports and link roads in Hong Kong, Zhuhai and Macao.

Once operational, the bridge will shorten the driving time between Hong Kong and Zhuhai from the current four hours to less than one hour.