In Dalian, all eyes are on the sky

By Zhang Xiaomin in Dalian, Liaoning 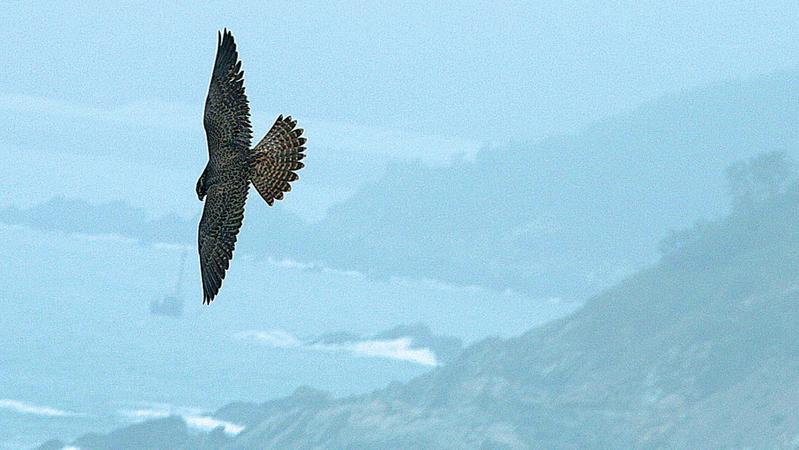 A peregrine falcon hovers over the coast in Lyushun, Dalian, on its migration to its winter grounds. (CHEN LIANG / CHINA DAILY)

Just before John Donegan-Cross left his native Edinburgh to move to China this fall, his grandmother handed him a guidebook - not about the country, but about its birds.

He arrived at Beijing's Peking University to study Mandarin two months ago, and since then has taken every opportunity to travel the country to "see lovely places and meet interesting people" as well as "learn all about local birds".

Armed with a telescope, camera and his trusty guidebook, the 21-year-old Briton was among dozens of competitors who took part in this year's Dalian Lyushun International Bird-watching Race.

The event, now in its third year, was held from Oct 20 to 22 on the southernmost tip of the Liaodong Peninsula, a well-known spot for bird-watching in northeastern China.

Every fall, tens of millions of migrating birds - birds of prey, songbirds and water birds - make a stopover in the peninsula before flying south across the Bohai Sea to their winter grounds.

This year's race attracted 20 teams of birders from home and abroad, including the United Kingdom, Germany and Russia. Donegan-Cross and his friends entered a team under the name What a Pheasant Surprise, and on the morning of Oct 21 they recorded more than 20 species within the first two hours. 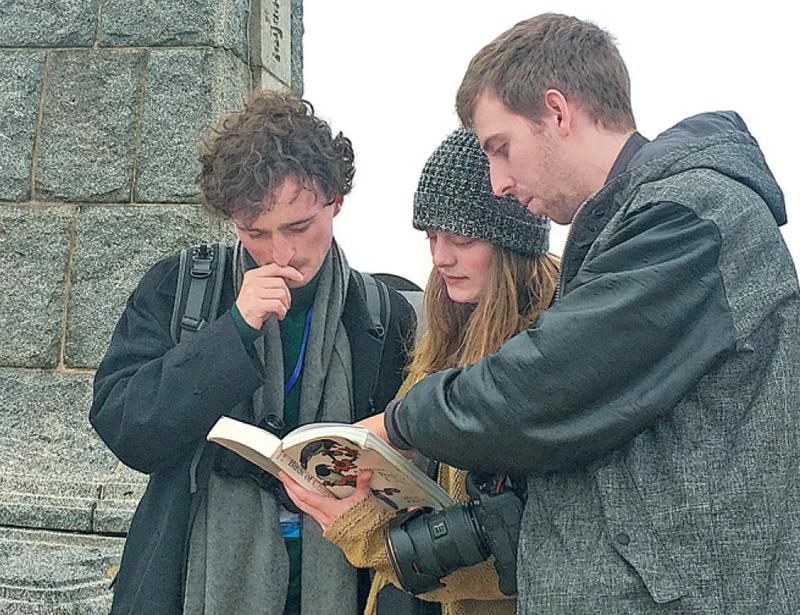 "It was amazing," he said. "We identified an eastern marsh harrier while it was circling above our heads about 15 meters away. We also saw 40 bean geese flying south in a V formation."

All together, teams recorded 155 species, according to Wang Xiaoping, one of the race judges. "Most spotted at least a third of that number," he said, adding that some even spotted endangered species, such as golden eagles and Oriental white storks.

The annual race is considered a bird survey of the Lyushun area, and it is also a platform for birders from around the world to communicate and learn from each other, said Wang, who is a researcher at the Liaoning Snake Island-Laotie Hill National Nature Reserve.

First prize this year went to a team from Shanghai whose members regularly volunteer for bird-protection projects and bird surveys.

"The joy of bird-watching is like tasting a crab," said Guo Ran, a member of the winning team. "Whatever I might say, you can only really feel the joy by tasting it yourself."

Gu Guoqiang, a retired journalist with Dalian Daily, fell in love with bird-watching while researching a story about poaching in 1999. Since then, he has set up a volunteer group that protects birds and captured many species on camera. 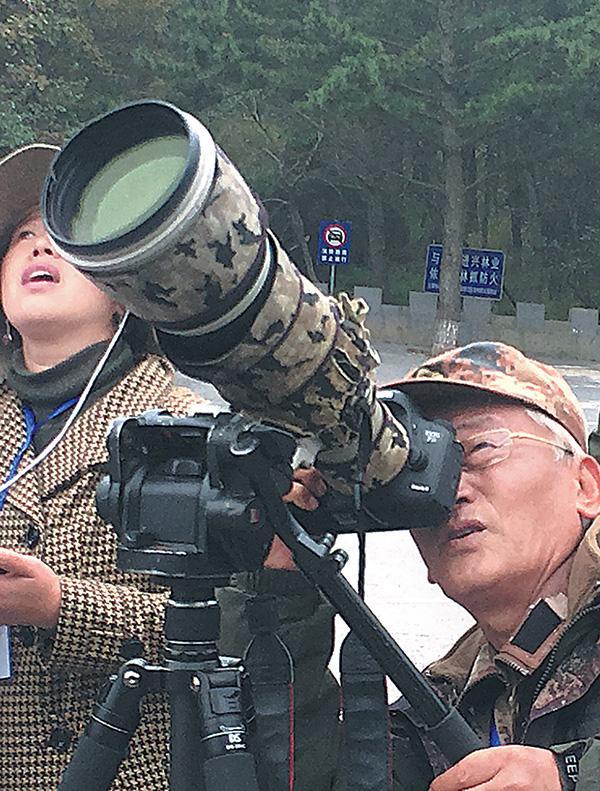 He said Dalian, of which Lyushun forms a part, has 428 species of birds - and he has photographed 378 of them.

"While birds are choosing their migration routes, they take in consideration abundant food and safe environment," he said. "We're glad to see Lyushunkou district government (which administers Lyushun) has been protecting its coast and wetlands despite the challenges brought by economic development."

The local government is working to raise awareness among residents about environmental protection, as it looks to boost green economic development. Days before the bird-watching race, for example, authorities organized a quiz for students on birds and conservation.

"Through these events, residents are becoming more aware of the importance of environmental protection and green development," said Yi Qingtao, Party chief of Lyushunkou district.