USA Basketball relying on defense so far at World Cup

Greece's Giannis Antetokounmpo is surrounded by United States players as he fights to hold on to the ball during phase two of the FIBA Basketball World Cup at the Shenzhen Bay Sports Center in Shenzhen in southern China's Guangdong province on Sept 7, 2019. (NG HAN GUAN / AP PHOTO)

SHENZHEN, China - US guard Donovan Mitchell turned toward his bench with fists clenched, then punched the air in celebration and let out a joyous scream.

It wasn't for a dunk, or a 3-pointer, or some highlight-reel play.

Mitchell's exuberant reaction was because the US forced a 24-second violation in a big moment against Greece on Saturday.

The US team at this World Cup is like none other assembled by the Americans for a big international tournament in a long time. This is no scoring juggernaut, but rather a team that has decided its best path to victory - and, it hopes, an unprecedented third consecutive World Cup title - is to clamp down on the defensive end.

I told them that if they didn't play defense like this, their NBA contracts would be pulled

"We all love playing defense," US guard Marcus Smart said. "That's the thing. When you've got a team like that, it's not crazy for us. We knew coming in what we could do and hopefully everybody else knows."

Through four games, the unbeaten Americans - who face Brazil on Monday - have held opponents to 36% shooting. And they've given up a total of 98 points in their last two games, the stingiest two-game run by any US men's team in a big tournament since the 1988 Olympics.

"I told them that if they didn't play defense like this, their NBA contracts would be pulled," US coach Gregg Popovich joked.

Popovich, of course, doesn't have the power to jeopardize the US$171,296,102 that the US roster is set to make in the NBA next season. But the Americans are playing as if he does.

And it's largely out of necessity, since the offense just isn't clicking.

For the first time since the 2004 Olympics, the US is not going to lead a major international tournament in scoring. Unless things pick up on the offensive end, the Americans might finish outside of the top five in scoring at an international event for the first time since the 1986 world championships - long before NBA players were making up the rosters for such events. 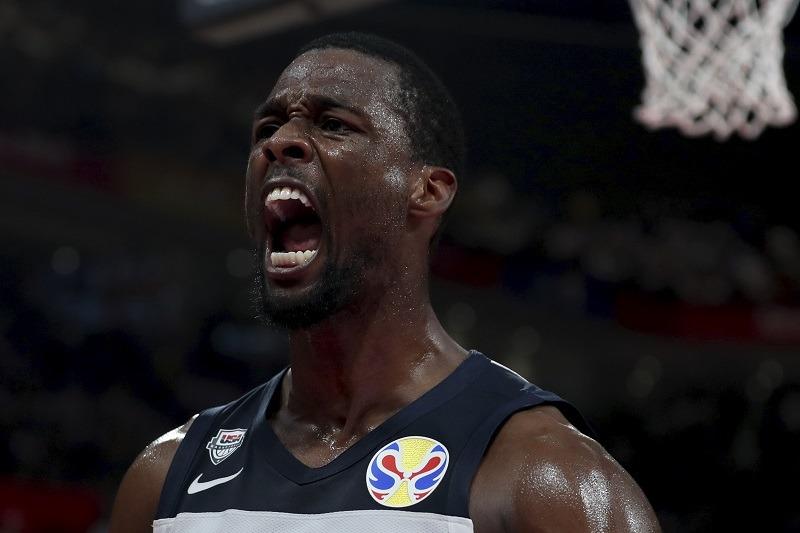 The US is averaging 87 points so far in China, which would be the lowest per-game mark by an American team in an international tournament since the 1998 world championships. And the US field-goal percentage so far at the World Cup (42.5 isn't even in the top half, ranking a dismal 21st in a 32-team field through Sunday's games.

So the defense matters, big-time.

"That's got to be our calling card," US forward Harrison Barnes said. "I think when you look at past USA teams, scoring has not been an issue. There's been a lot of talent. But for us, we know that defense is how we're going to stay in games, how we're going to be able to win and compete. So I think we've done a good job of focusing in on that and that's what's really carrying us right now." 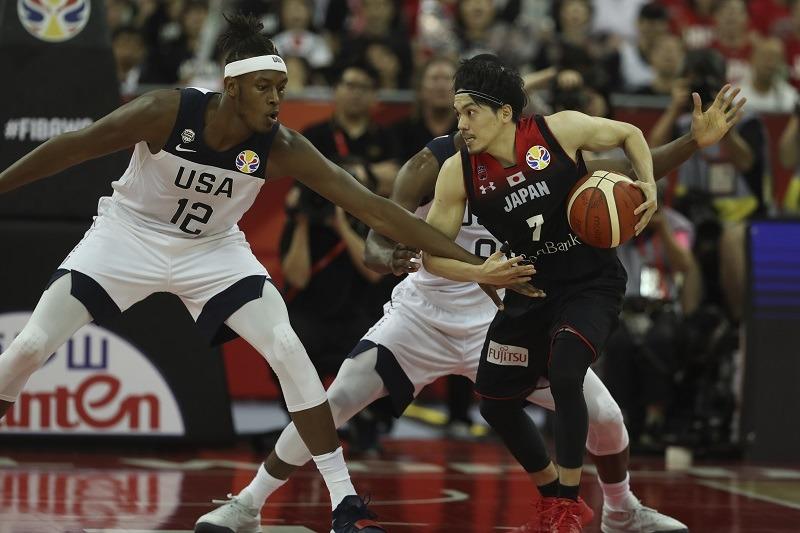 READ MORE: Great Escape: US gets past Turkey 93-92 in OT; Tatum injured

"You obviously want to shoot better," said US guard Joe Harris, the NBA's 3-point percentage and 3-point shootout champion last season. "So we have to get better in that regard. ... Still have to hang our hat defensively. That's where we really feel like and believe we're going to win this tournament, on the defensive end, but we know we have to play better offensively and shoot better."

Popovich has been stressing defense all summer with this team, and said he isn't surprised that the group has figured out how to come together on that end of the floor. Players, meanwhile, are just waiting for someone to get hot and for that contagious feeling to spread around the rest of the roster.

"And it's going to feel great," Mitchell said.