Frankfurt lose to Mainz in blow to Champions League hopes

Mainz' players celebrate after scoring a goal during the German Bundesliga football match between Eintracht Frankfurt and Mainz in Frankfurt am Main, Germany, May 12, 2019. (DANIEL ROLAND / AFP)

FRANKFURT — Eintracht Frankfurt's hopes of Champions League qualification took a blow Sunday in a 2-0 defeat at home to Mainz in the Bundesliga.

Mainz striker Anthony Ujah ended his 18-game run without a goal by scoring twice in four second-half minutes for the visitors, who had nothing but pride to play for ahead of the final round of games.

Frankfurt, which lost its Europa League semifinal to Chelsea on Thursday, looked tired and slipped from fourth place to sixth. Only the top four qualify for the Champions League. 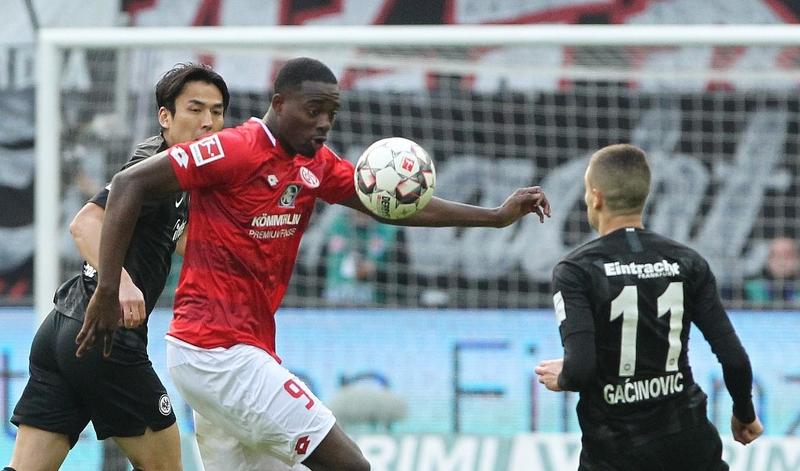 Frankfurt dropped a point behind Bayer Leverkusen and Borussia Mönchengladbach ahead of its final game at Bayern Munich on Saturday.

Bayern is bidding for its seventh straight Bundesliga title and a point would almost certainly be enough for the Bavarian powerhouse to finish ahead of second-place Borussia Dortmund.