Mainland to stick to peaceful development of cross-Straits ties 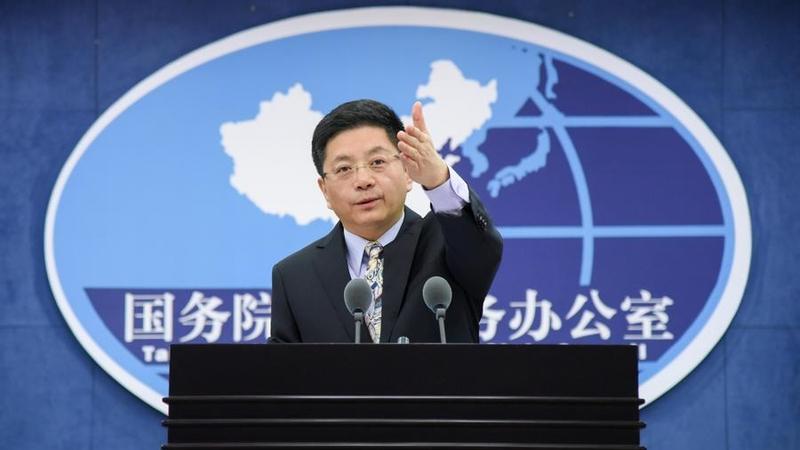 BEIJING - A Chinese mainland spokesperson on Sunday said the mainland will continue to enhance solidarity with Taiwan compatriots and follow a path of peaceful development of cross-Straits relations.

Ma Xiaoguang, spokesperson for the Taiwan Affairs Office of the State Council, made the remarks when asked to comment on the local elections in Taiwan over the weekend.

We will continue to uphold the 1992 Consensus, and to resolutely oppose separatist elements advocating 'Taiwan independence' and their activities

"We have noticed the results of the elections," said Ma, adding that the results reflected the strong will of the public in Taiwan in sharing the benefits of the peaceful development across the Taiwan Straits, and desires to improve the island's economy and people's wellbeing.

"We will continue to uphold the 1992 Consensus, and to resolutely oppose separatist elements advocating 'Taiwan independence' and their activities," said Ma.

With a correct understanding on the nature of the cross-Straits relations and the nature of exchanges between cities across the Straits, more counties and cities in Taiwan are welcomed to participated in such exchanges and cooperation, said Ma.

In response to the so-called "Olympics referendum" on a name-changing motion for Taiwan to participate in the 2020 Tokyo Olympics, Ma said the failure of the “referendum” showed that putting Taiwan athletes' interests at stake is against people's will.

He added the attempts of "Taiwan independence" are doomed to fail.