Britain's Prince William and his wife Kate speaks to teachers during their visit to a school in Islamabad, Pakistan, Oct 15, 2019. (BK BANGASH / AP)

ISLAMABAD — Britain's Prince William and his wife Kate kicked off a five-day tour of Pakistan on Tuesday, amid much fanfare and tight security.

The royal couple's first engagements were visiting a school for girls in the capital of Islamabad, followed by a tour of the nearby national park at Margalla hills. Authorities deployed more than 1,000 police and paramilitary forces to ensure the royal entourage's protection.

William's mother, Princess Diana, visited Pakistan in the 1990s to participate in a fund-raising event for a cancer hospital built by Khan, who took office last year

The Duke and Duchess of Cambridge, who are strong advocates of girls' education, were greeted by teachers and children on their arrival at the Model College for Girls.

Wearing a royal blue traditional kurta and trouser, Kate sat with children in a classroom, as Prince William shook hands with a teacher.

According to the United Nations annual Human Development report, most Pakistani girls will drop out after primary school and on average go to school for seven years. Barely 27% of girls in Pakistan attend secondary school, the report said, compared to nearly 50% among boys.

Militants in recent years have damaged girls' schools in the northwest, including the Swat Valley which is the home of Yousafzai.

The royal couple arrived in Islamabad Monday night. They were to meet with Prime Minister Imran Khan later in the day. 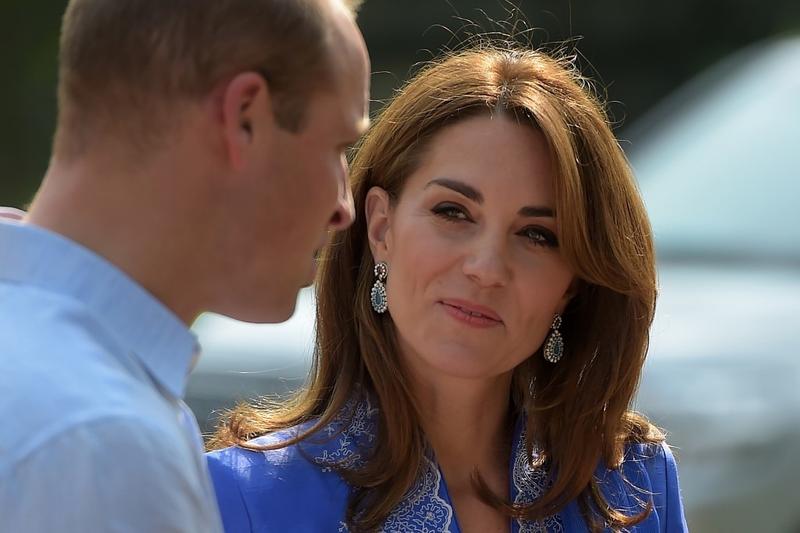 Britain's Catherine (right), Duchess of Cambridge, looks at her husband Prince William (left), Duke of Cambridge, as they meet with school officials during their visit to a government-run school in Islamabad on Oct 15, 2019. (AAMIR QURESHI / AFP)

William's mother, Princess Diana, visited Pakistan in the 1990s to participate in a fund-raising event for a cancer hospital built by Khan, who took office last year. Diana died in a car accident in 1997 and many Pakistanis still remember her for her charity work.

On Tuesday, Pakistan's information minister Firdous Ashiq Awan took to twitter, hoping the royal couple will return home with good memories at their visit's end. She said the visit is taking place months after British Airways resumed flights to Pakistan, over a decade after they were suspended in the wake of a truck bombing of a hotel in the capital, which killed dozens. 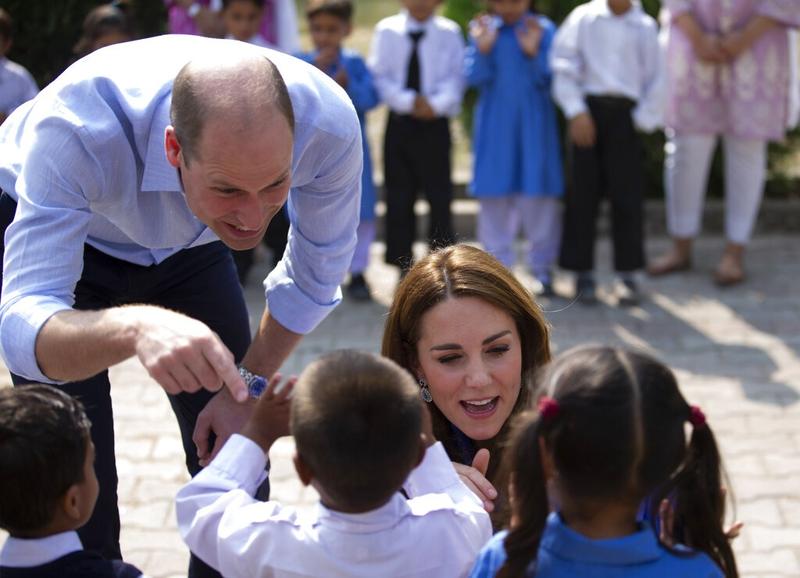 Britain's Prince William and his wife Kate speaks to students during their visit to Islamabad, Pakistan, Oct 15, 2019. (BK BANGASH / AP)

Pakistan witnessed scores of acts of terrorism in recent years, though the security situation has improved recently. 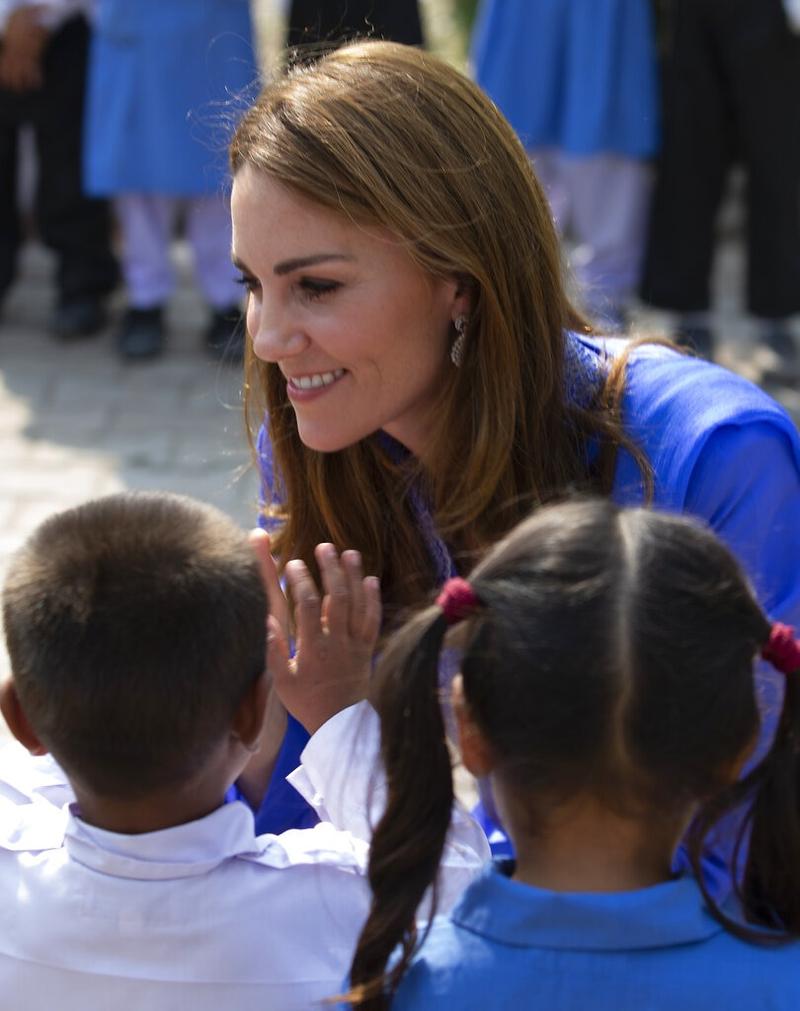 Britain's Princess Kate chats with students during her visit to a school ouside of Islamabad, Pakistan, Oct 15, 2019. The Duke and Duchess of Cambridge, who are strong advocates of girls' education were greeted by teachers and children. (BK BANGASH / AP)