Tariffs cut on some imports, including pork

By Chen Jia and Jing Shuiyu 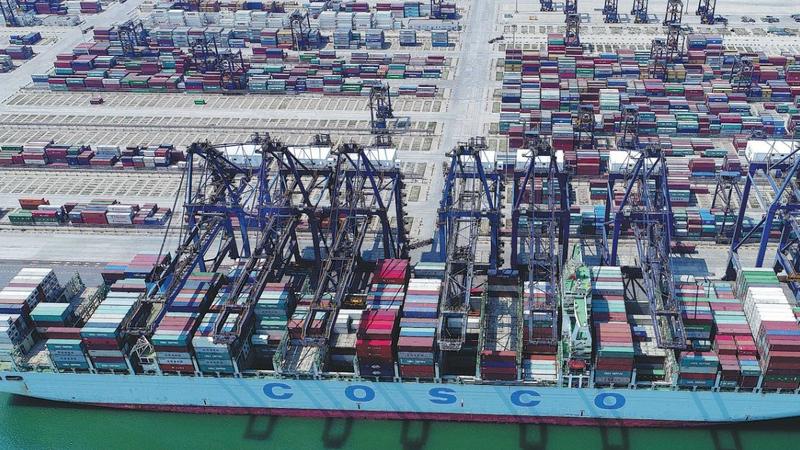 China's decision to lower tariffs on a broad range of imported goods, including frozen pork and high-tech products, will satisfy domestic consumption and reduce production costs next year, experts said.

On Monday, the Customs Tariff Commission of the State Council announced that tariffs on some imports will be reduced starting Jan 1. Temporary tariff rates, which are set for a specified period, will be applied to 859 items. Designated items will enjoy import tariffs lower than the existing most-favored-nation rates in 2020.

For imported frozen pork, the tariff rate will temporarily be reduced to 8 percent from 12 percent, the Customs Tariff Commission of the State Council said

The spread of African swine fever since August 2018 has resulted in hog herds in China falling by 41.1 percent in September year-on-year, the Ministry of Agriculture and Rural Affairs said in October.

The reduced numbers led to soaring pork prices, which in turn fueled consumer inflation to 4.5 percent in November.

"China has taken various measures to restore hog production to ensure that pork supply and market prices are basically stable. Tariff reduction is another vital policy tool," said Yang Weiyong, an economics professor at the University of International Business and Economics in Beijing.

READ MORE: Pork shortages set to ease by next year

Economists predicted that as pork supplies rebound thanks to government efforts, consumer inflation is likely to moderate in the second half of next year.

According to the customs tariff commission, the government will increase imports of food items to boost domestic consumption. The tariff rate for frozen avocados will be cut to 7 percent from the most-favored-nation duty of 30 percent, it said.

Tariffs on some high-tech components, including semiconductor testing and sorting equipment and parts for automobile transmissions, will be temporarily cut to strengthen such sectors as integrated circuit, aerospace, automobile and telecommunication production, the statement added.

Tariffs on some precursors used in the production of asthma and diabetes drugs will be cut to zero, down from 6.5 percent. Lower tariffs will also be placed on more than 150 types of wood and paper products, the commission said.

The move will also facilitate the country's high-quality opening-up and accelerate the construction of free trade zones to improve the global trade environment, the commission said

The tariff adjustments are conducive to reducing import costs and promoting "the orderly and free flow of international and domestic production factors". The move will also facilitate the country's high-quality opening-up and accelerate the construction of free trade zones to improve the global trade environment, the commission said.

ALSO READ: China to cut or scrap some import, export tariffs in 2019

Although sluggish global growth momentum may continue to create significant headwinds for Chinese exports next year, Louis Kuijs, head of Asia Economics at Oxford Economics, predicted that sequential import momentum will pick up moderately after inventory destocking in heavy industries for much of this year.

Import growth, which was 0.3 percent in November and registered the first positive year-on-year growth since May, is likely to stay in solid positive territory in the near term helped by "quite favorable base effects", Kuijs said.

Most-favored-nation tariff rates on 176 information technology items will be further reduced starting July 1. It will be the fifth such tariff cut since December 2015, when 24 members of the World Trade Organization, including China, the United States and Japan, agreed to expand the covered product range within the Information Technology Agreement.

Under the agreement, tariffs on some IT products will be gradually eliminated. China had completed four cuts by July, said the Ministry of Finance.

Gao Lingyun, a research fellow at the Institute of World Economics and Politics of the Chinese Academy of Social Sciences, said that as China is one of the world's major importers and exporters of IT products, cutting import tariffs on such items can help reduce manufacturing costs for many domestic producers and enhance competitiveness.

It is conducive to the economy's high-quality development and the upgrading of manufacturing in the future, Gao said.

Goods from 11 countries, including New Zealand, Singapore, Australia, Chile and Pakistan, will have even lower levies under their free trade agreements with China and the Asia-Pacific Trade Agreement, according to the commission.