China envoy calls on support for reconciliation in Afghanistan 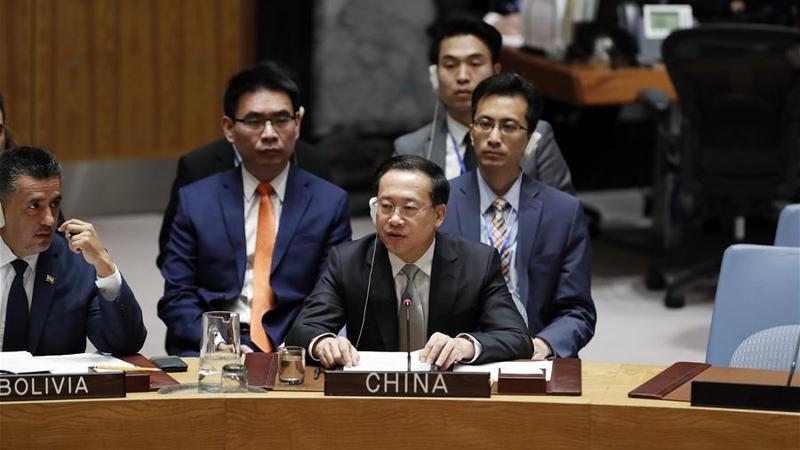 UNITED NATIONS — A Chinese envoy on Wednesday called for global efforts for assisting an Afghan-led and Afghan-owned reconciliation process, supporting the country’s presidential election in September and strengthening counterterrorism efforts at a UN meeting.

Recently, the international community and regional countries have made efforts to promote direct dialogue between the Afghan government and the Taliban, said Ma Zhaoxu, China's permanent representative to the United Nations in a United Nations Security Council meeting on Afghanistan.

"We call on all parties in Afghanistan to put the overall interests of the country and its people first and seize the current opportunity of political reconciliation," Ma said.

Referring to the war-torn country's upcoming presidential election in September, the Chinese envoy said the UN Assistance Mission in Afghanistan needs to provide strong support for the election.

"We hope that the Afghan electoral institutions will learn from the experience and lessons of last year's parliamentary elections and make orderly preparations for the election," he said.

In the same meeting, Ma also called for efforts to help boost Afghanistan's capacity for combating terrorism and maintaining stability.

The international community should strengthen coordination and cooperation to support Afghanistan in its counterterrorism efforts to effectively respond to terrorism, transnational crime, and drug trafficking, among other threats, he said.