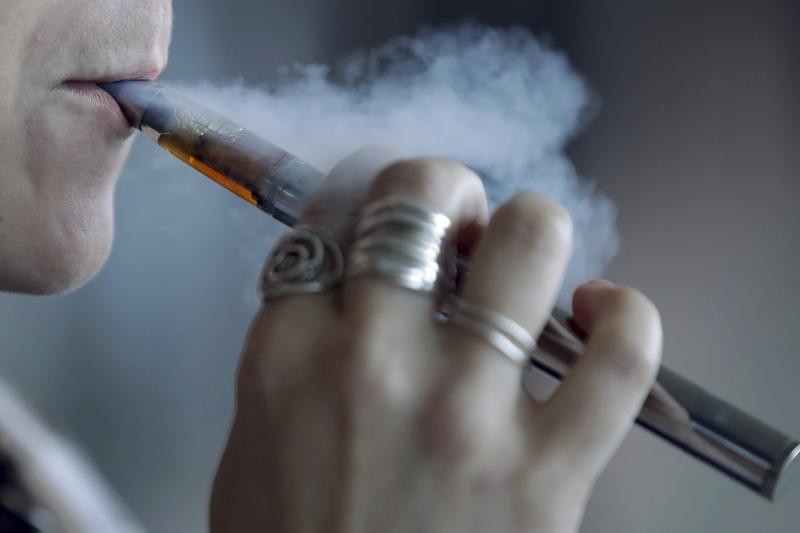 In this Oct 4, 2019 file photo, a woman using a vaping device exhales a puff of smoke in Mayfield Heights, Ohio. (TONY DEJAK / AP)

SEOUL — The South Korean Army has banned the use and possession of liquid e-cigarettes on its bases for health reasons, the military said on Monday, following a government warning for people to stop using the devices.

South Korea has a large military of nearly 600,000 soldiers, primarily conscripted men, and the Army makes up the largest portion with 464,000

South Korea has a large military of nearly 600,000 soldiers, primarily conscripted men, and the Army makes up the largest portion with 464,000. While the rate is declining, South Korean men are among the heaviest smokers in the world.

The ministry said it would conduct studies to determine whether there was a scientific basis to ban the sales of liquid e-cigarettes, which vaporize liquid containing nicotine.

A pneumonia case of a 30-year old South Korean e-cigarette user was reported last month, according to the ministry.

A day after the government warning, a major convenience store chain GS25 suspended the sale of flavored liquid e-cigarettes made by US company Juul Labs and South Korean company KT&G.

E-cigarettes have been gaining popularity in the country’s US$16 billion tobacco market since 2017, accounting for 13% of the tobacco market by sales as of June, government data show.