UK leader May rolling the dice again on Brexit deal 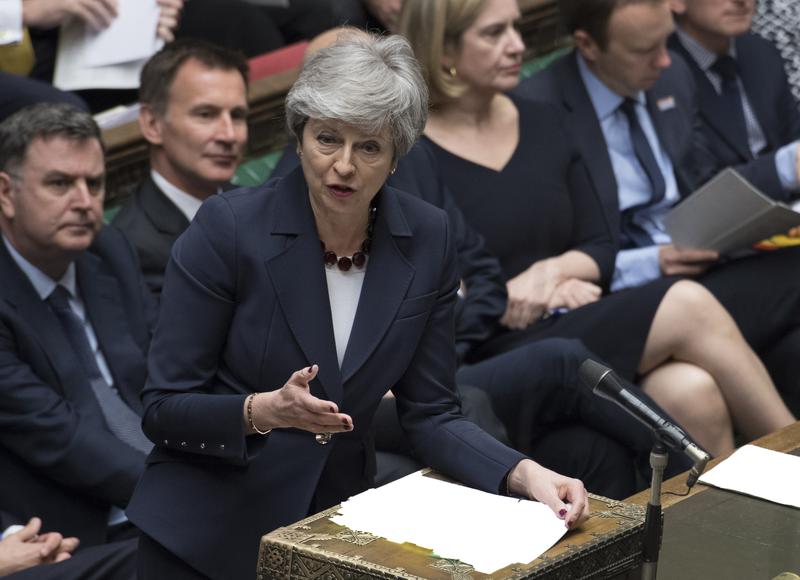 Britain's Prime Minister Theresa May stands to talk to lawmakers inside the House of Commons parliament in London, March 27, 2019. (JESSICA TAYLOR / HOUSE OF COMMONS / AP)

LONDON — British Prime Minister Theresa May rolled the dice Thursday on another Brexit vote in Parliament, sending a tweaked and trimmed version of her EU divorce deal back to lawmakers who had rejected it twice before.

Brexit impasse has surprised observers around the world who had viewed Britain's 1,000-year-old parliamentary system as a model of stability

But the agreement faced substantial opposition, even after May sacrificed her job for her deal, promising to quit if lawmakers approved the deal and let Britain leave the EU on schedule in May.

House of Commons Leader Andrea Leadsom announced that Parliament would vote Friday on the 585-page withdrawal agreement that sets out the terms of Britain's departure — but not a shorter declaration on future ties that is also part of the divorce deal agreed between the UK and the EU late last year.

Its removal altered the deal enough to overcome a ban on against asking lawmakers the same question over and over again.

If the withdrawal agreement is approved by 11 pm UK time (2300GMT, 7 pm EDT), the EU has agreed to delay Britain's departure from the bloc until May 22.

If it is rejected, Britain has until April 12 to announce a new plan, or leave the bloc without a deal, risking severe disruption for people and businesses.

"I encourage all MPs to support it and ensure that we leave the EU on the 22nd of May, giving people and businesses the certainty they need," Leadsom said.

May pledged Wednesday that she would resign if the deal was approved, in hopes of blunting opposition from pro-Brexit lawmakers in her Conservative Party, who accuse her of negotiating a bad divorce deal that leaves Britain too closely tied to the bloc.

Some prominent opponents, including former Foreign Secretary Boris Johnson, quickly said they would back the Brexit agreement, but Northern Ireland's Democratic Unionist Party said it remained opposed because of concern that the deal treats the region differently from other parts of the UK. 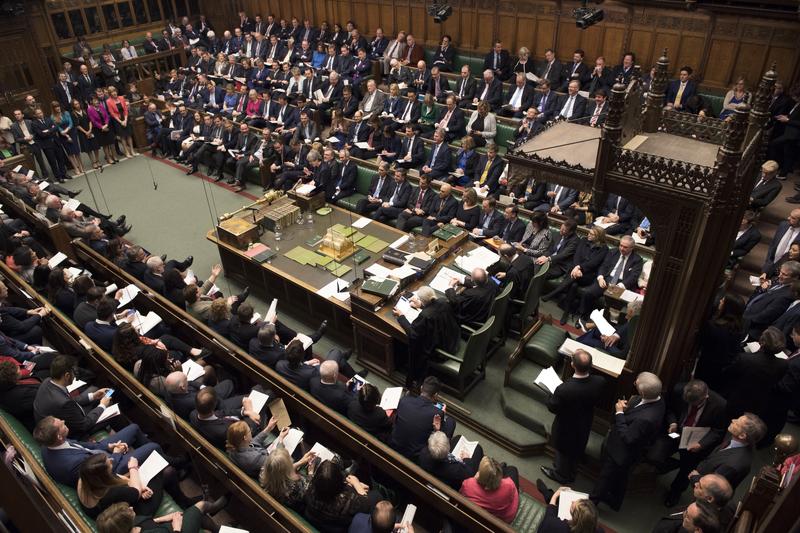 A general view as Britain's Prime Minister Theresa May stands, back centre, talking to lawmakers inside the House of Commons parliament in London, March 27, 2019. (MARK DUFFY / HOUSE OF COMMONS / AP)

The main opposition Labour Party also said it would not vote for the deal Friday.

Labour Party Brexit spokesman Keir Starmer said removing the political declaration, which sets out a loose framework for future relations between Britain and the bloc, would leave the next stage of negotiations in the hands of May's successor. That is very likely to be someone from the hard-line pro-Brexit wing of the Conservative Party.

Starmer said it would amount to "leaving the EU with absolutely no idea where we're heading."

Almost three years after Britain voted to leave the EU, Brexit has brought the country's political system to a standstill. The impasse has frustrated EU politicians trying to negotiate an exit agreement, and it has surprised observers around the world who had viewed Britain's 1,000-year-old parliamentary system as a model of stability.

It has not always deserved that reputation. The British system works best when one party has a parliamentary majority and can pass legislation. Minority governments struggle and seldom last long. The current situation is almost unprecedented: Britain has a minority government and a lame-duck prime minister, with both main parties split down the middle over how and whether to leave the EU.

The gridlock has brought the country to the precipice of a chaotic departure from the EU.

"We've wasted the first three years. We're back almost at square one," he said.

On Wednesday lawmakers held a series of votes in a bid to find an alternative to May's unpopular deal, in an attempt to break the deadlock. The results merely underscored the divisions in Parliament and the country over Brexit.

The idea of remaining in a customs union with the EU came closest to winning a majority, with 264 lawmakers for it and 272 against. The most popular option was the idea of holding a second referendum on any Brexit deal approved by Parliament, which was backed by 268 lawmakers, but opposed by 295.

The plan is for the most popular ideas to move to a second vote Monday to find an option that can command a majority. Parliament would then instruct the government to negotiate that plan with the EU — although May has refused to say she will be bound by the results. 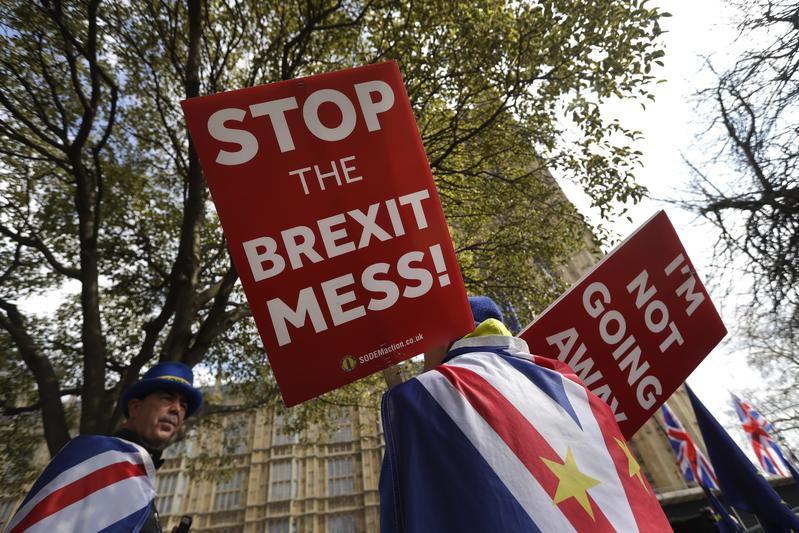 "They are going to have to look over the abyss," she said.

Later Thursday, May got some encouragement from an unlikely source — President Donald Trump, who called her a friend and said he wished her well with the "Brexit movement and everything happening there."

"She's a very good woman, and I'll tell you what, she's strong, she's tough, she's in there fighting," Trump said.

His comments were a departure from past statements the US president made about May and Brexit that were seen as insults. Earlier this month, he said he was "surprised at how badly" the Brexit negotiations were handled and that May didn't listen to advice he offered her.

Business groups, meanwhile, expressed alarm at the impasse, which has left companies uncertain whether they will face tariffs, customs checks and other barriers to trade with the EU in just a couple of weeks.

"No one would run a business like this — and it is no way to run a country," said Adam Marshall, director-general of the British Chambers of Commerce.

He told politicians to stop "chasing rainbows" and "start making tough decisions, however personally or politically difficult they might be."