Vietnam air quality bad over half the year 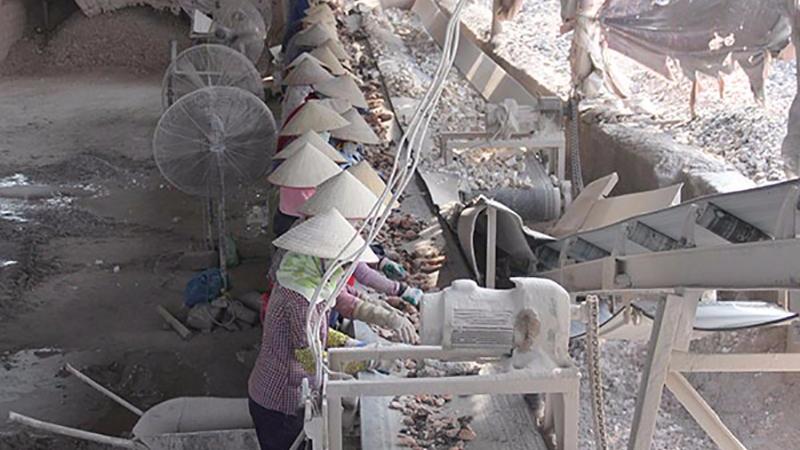 Workers classify lime lumps based on their quality along a rudimentary lime kiln in Cau Nghin area of An Bai town in the northern province of Thai Binh. The operations of these kilns ARE a source of pollutants, affecting local health and posing elevated labour risks. (An An/Viet Nam News/ANN)

HANOI - In four years, from 2011 to 2015, more than 50 per cent cent of all monitored days in Vietnam posted low air quality. The World Health Organisation (WHO)  repeatedly issued warnings that Vietnam is among the most air polluted country in the Asia-Pacific region, while the capital city of Ha Noi is among the more polluted cities in the world.

This alarming information was presented on Tuesday by Do Manh Hung, Vice Chairman of the National Assembly Office, during a seminar on the country’s air pollution sponsored in conjunction with the German- Hanns Seidel Foundation. Studies and data presented at the workshop are expected to provide information to lawmakers in crafting legislation and ensuring environmental and climate concerns are fully considered in the process of socio-economic development.

The quality of air is also deteriorating especially in villages that recycle waste, metal, paper, plastic and battery. Tests conducted in recent years showed that dust concentrations in these villages might be three to eight times higher than allowed.

According to national statistics, although the total forest coverage has increased and reached 40 per cent, forest quality is on a decline. In urban areas, the coverage of green trees fails to meet set standards. Specifically, in Ha Noi and HCM City, the green space per person stayed below 4sq.m, much lower than the required standards of 10-15sq.m.

According to Nguyen Hoang Duc of the Department of Pollution Control of the Ministry of Natural Resources and Environment, environmental regulations are not fully observed, and waste handling has become outdated, making the discharge of pollutants into the air a ubiquitous phenomenon..

Duc also admitted that environment monitoring activities were carried out in a perfunctory manner. Under existing law, environmental inspections must be conducted with prior notice, leaving ample time for offenders to alter their usual operations and “inspection results fail to reflect actual conditions”, Duc added.

Delegates at the workshop also presented research on air pollution in Germany and international practices in air quality management. They also urged the development of a separate bill on air pollution control with detailed regulations and accountability of each individual or organisation, and especially State management. The role of the National Assembly in monitoring air pollution was also discussed.

According to the Pollution Control Department, in the long run, integrated tools to manage air quality must be developed, including promoting the deployment of economic tools in air quality management, such as the exchange of emission quotas in industry and services, and environmental protection charges for emissions, among others.