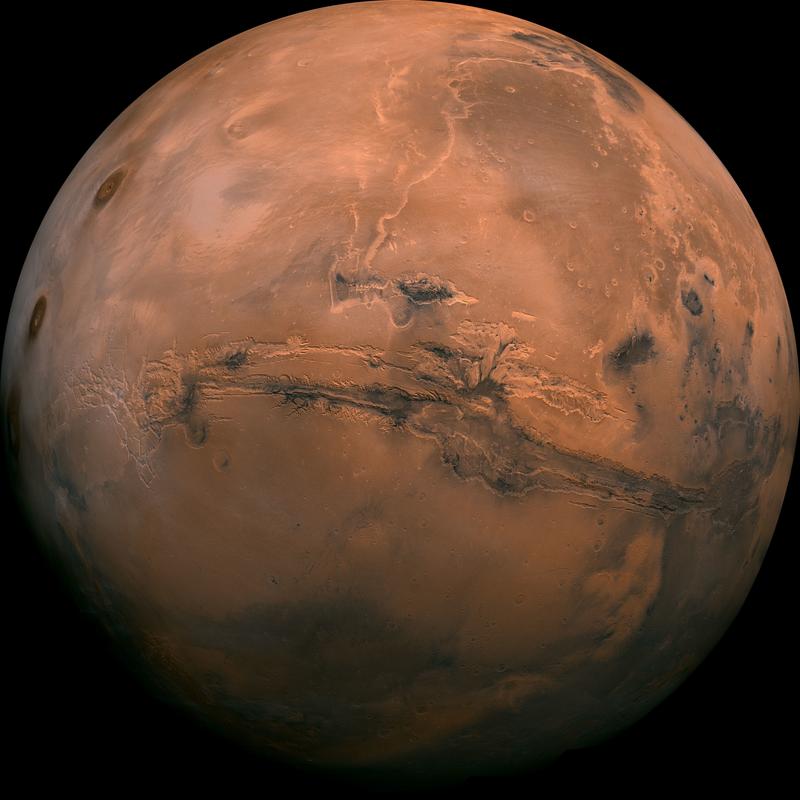 This image made available by NASA shows the planet Mars. This composite photo was created from over 100 images of Mars taken by Viking Orbiters in the 1970s. On July 31, 2018, the red planet will make its closest approach to Earth in 15 years. (PHOTO / NASA / AP)

WASHINGTON — Mars is making its closest approach to Earth in 15 years on Tuesday, which means the red planet will be shinier and bigger and easier to observe, said US space agency NASA.

It's magnificent. It's as bright as an airplane landing light

The two planets will be just 57.6 million km apart on July 31, while Mars will appear brightest on July 27-30, making it easier to be seen with telescope or the naked eye.

"It's magnificent. It's as bright as an airplane landing light," said astronomer Harry Augensen from Widener University, Pennsylvania. "Not quite as bright as Venus, but still because of the reddish, orange-ish-red color, you really can't miss it in the sky." 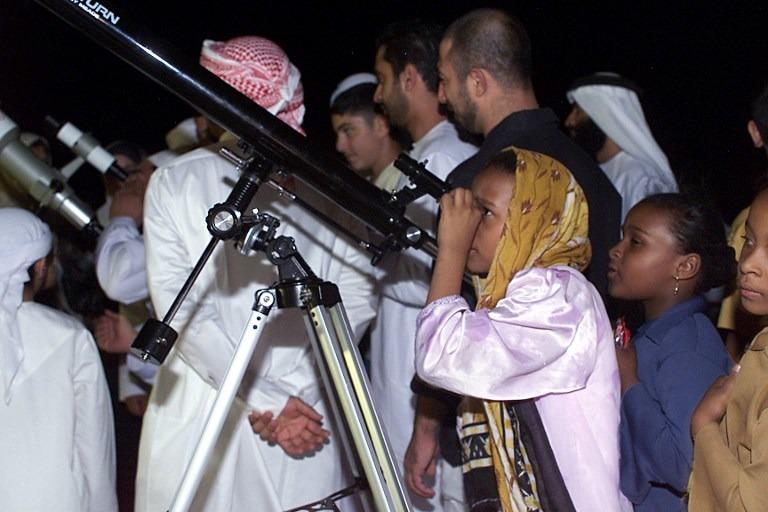 Emirati gazers gather at mount Jabal Hafit, 500 meters above sea level, in the desert emirate of Al-Ain early 28 August 2003 to get a closer look at Mars which moved at its closest to earth in 60,000 years. (NASSER YOUNES / AFP)

Before the two planets approach each other, Mars will be in opposition on Friday, which means Mars and the Sun will appear in opposite positions when viewed from the Earth. Also, on the same day, the longest total lunar eclipse of this century will be visible in Africa, Asia, Australia, Europe and South America. 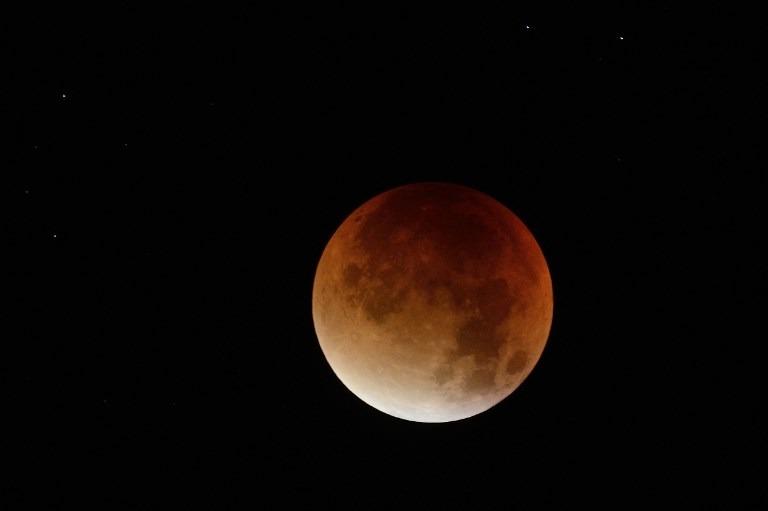 Mars will look fainter by mid-August since it will travel farther away from the Earth in its orbit around the Sun.

Previously Mars and Earth came close to each other in 2003, the two planets were just 55.7 million km apart, which was the closest in nearly 60,000 years and won't happen again until 2287, NASA said. 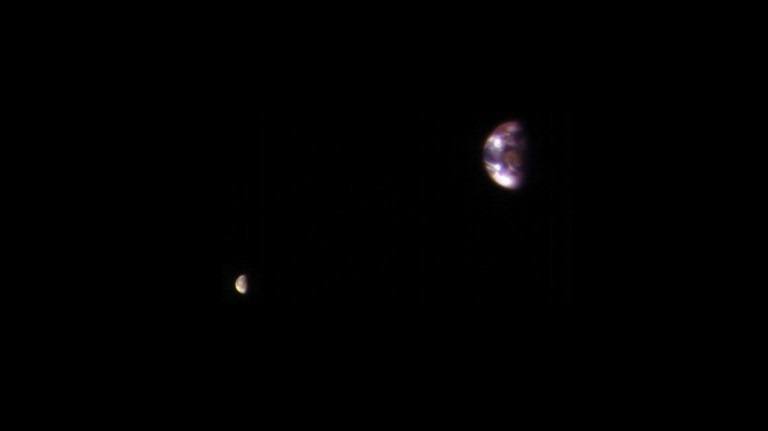 This image released by NASA on Jan 6, 2017 from the most powerful telescope orbiting Mars, comes a new view of Earth and its moon, showing continent-size detail on the planet and the relative size of the moon. The image combines two separate exposures taken on Nov 20, 2016, by the High Resolution Imaging Science Experiment (HiRISE) camera on NASA's Mars Reconnaissance Orbiter. (NASA / JPL-CALTECH / UNIVERSITY OF ARIZONA / AFP