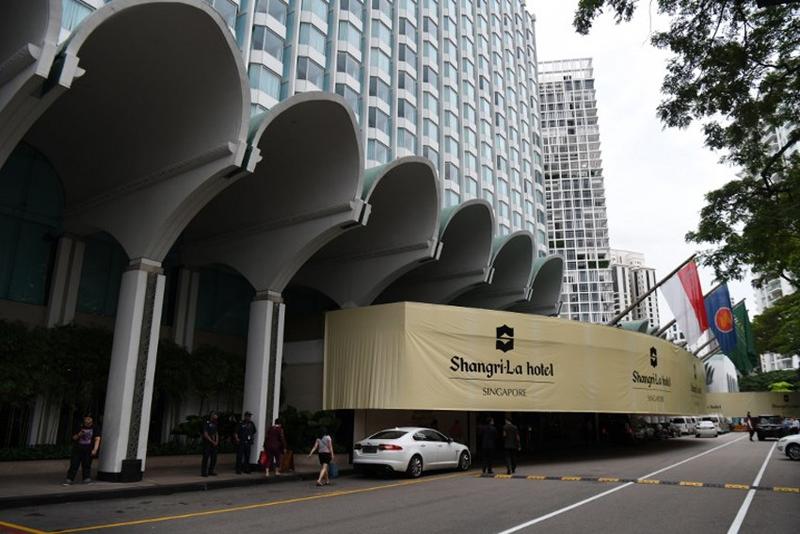 A general view shows the Shangri-La hotel in Singapore on June 1, 2018, ahead of the Shangri-La Dialogue. The hotel is among the likely venues where analysts believe a historic summit between US President Donald Trump and DPRK leader Kim Jong-un might take place on June 12. (ROSLAN RAHMAN / AFP)

SINGAPORE – Singaporean authorities have designated the area surrounding the Shangri-La Hotel a "special event area" from June 10 to June 14 for the summit between US President Donald Trump and leader of the Democratic People’s Republic of Korea (DPRK) Kim Jong-un.

The Shangri-La Hotel was also the venue for this year's Shangri-La Dialogue, which concluded on Sunday

The hotel is among the likely venues where analysts believe the historic summit might take place on June 12.

The Shangri-La Hotel was also the venue for the annual Asian Security Summit, also known as Shangri-La Dialogue, which concluded on Sunday.

The hotel lies in a neighborhood which is home to several other luxury hotels.

According to local media, the government of Singapore issued a statement on Sunday, saying the segment of area bordered by Dunearn Road, Paterson Road, Grange Road and Cluny Road has been declared a "special event area" for the summit.

The summit may consist of meetings between representatives of the two countries, and includes "any lead-in activities and social events connected with the Summit," according to the statement.

Moreover, a smaller segment within the same area has been declared a "special zone," where enhanced police powers will take effect from June 10 to June 14 towards people and vehicles.