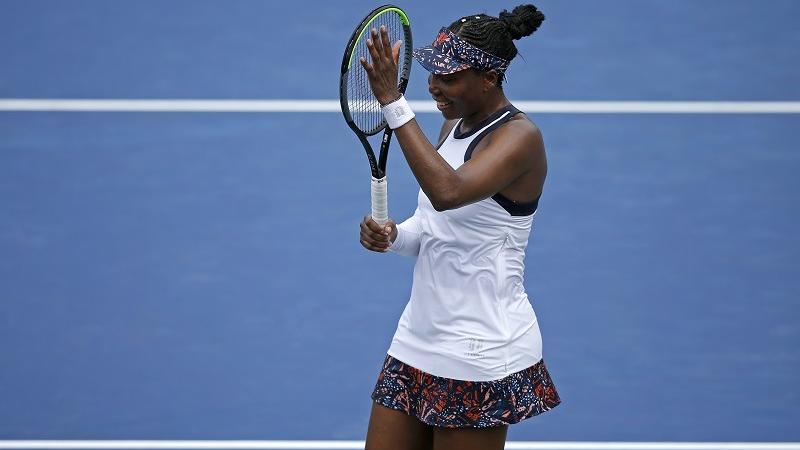 Venus Williams, of the United States, celebrates after her win against Kiki Bertens, of the Netherlands, at the Western & Southern Open tennis tournament in Mason, Ohio, Aug 13, 2019. (SAM GREENE / THE CINCINNATI ENQUIRER VIA AP)

On a day when back problems forced the younger Williams to withdraw before her second-round match, Venus Williams reached the third round of the Western & Southern Open with a 6-3, 3-6, 7-6 (4) upset of defending champion Kiki Bertens. Her key? Not going for it.

"I just tried not to go too big, because I can go so big and I have a lot of power and it's not always easy to control it," the 39-year-old Williams said. "So I'm trying to play smart instead of going hog wild, which is extremely easy to do."

I just tried not to go too big, because I can go so big and I have a lot of power and it's not always easy to control it

Hours before her match was scheduled to begin, Serena Williams withdrew, citing the same back injury that forced her to retire from the Rogers Cup final on Sunday in Toronto. The injury raises questions about Serena's fitness ahead of the US Open, which starts Aug. 26.

"I came to Mason on Sunday and have tried everything to be ready to play tonight, and was still hopeful after my practice this morning, but unfortunately, my back is still not right, and I know I should not take to the court," Serena, winner of 23 Grand Slam titles and a two-time champion at Cincinnati, said in a statement.

Venus, a seven-time Grand Slam champion, is the oldest woman in the draw. She has made her deepest Cincinnati run since reaching the 2012 semifinals.

"It was just a second round, though," Venus said. "For me, it's just round-by-round. I have a third round to play. I'm ready for the next round."

Bertens, seeded fifth, rallied from deficits of 3-0 and 5-2 in the third set to force a tiebreaker. The 2-hour, 17-minute match ended when she sailed a forehand wide. 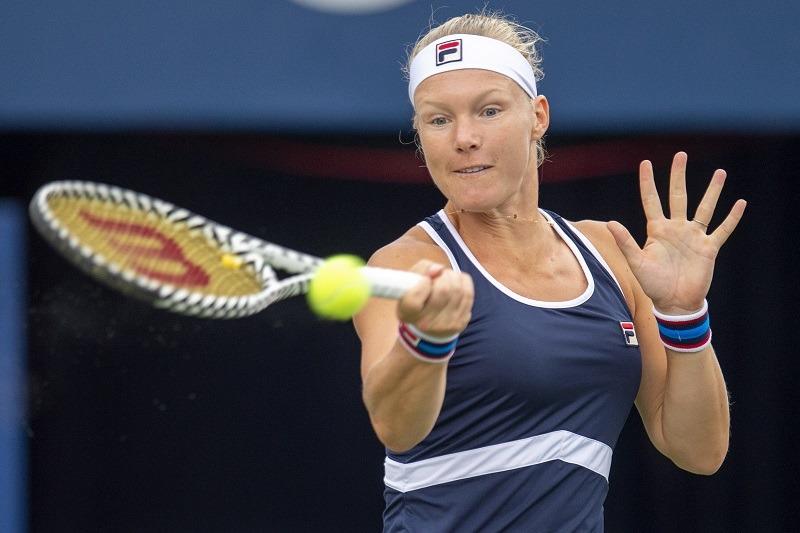 Kiki Bertens, of the Netherlands, hits a forehand to Bianca Andreescu, of Canada, at the Rogers Cup tennis tournament in Toronto, Aug 8, 2019. (FRANK GUNN / THE CANADIAN PRESS VIA AP)

"I didn't do the things I was doing well coming back - playing aggressive, going for my shots," Bertens said about the tiebreaker. "I didn't do that anymore in the tiebreak, so there she could play her game again, which she did pretty good, I would say."

On a star-studded day that was scheduled to include Serena and Roger Federer in the evening session, top-seeded and defending champion Novak Djokovic cruised into the third round with a 7-5, 6-1 win over wild card Sam Querrey.

Federer, the third seed who was playing for the first time since Wimbledon, beat Juan Ignacio Londero 6-3, 6-4 in a match that was delayed by rain in the second set.

Djokovic felt a little rusty in his first match since his epic Wimbledon final triumph over Federer on July 14.

"It was kind of a nervous start," he said. "I hadn't played in weeks. It took time to adjust. It was a tricky match against a qualify opponent. He's a big hitter. I was happy to be tested."

Bertens was one of four seeded women to be eliminated in this US Open tuneup. Thirteenth-seeded Angelique Kerber was knocked out by unseeded Anett Kontaveit 7-6 (7), 6-2, and 15th-seeded Qiang Wang lost to Su-Wei Hsieh 6-3, 6-4. 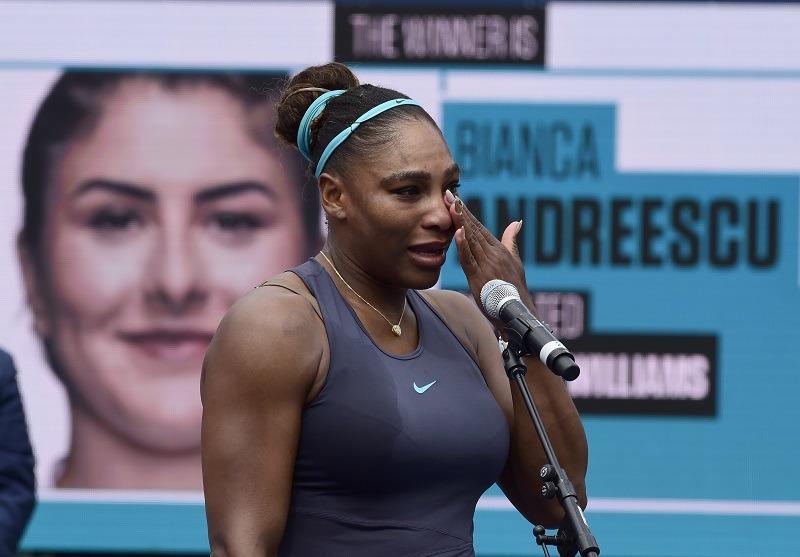 Serena Williams, of the United States, reacts after she had to retire during the final of the Rogers Cup tennis tournament against Canada's Bianca Andreescu in Toronto, Aug 11, 2019. (FRANK GUNN / THE CANADIAN PRESS VIA AP)

Two-time Australian Open champion Victoria Azarenka, who won Cincinnati in 2013, reached the second round after 12th-seeded Belinda Bencic retired because of an injured left foot while trailing 6-4, 1-0.

On the men's side, Stan Wawrinka advanced with a 5-7, 6-4, 7-6 (4) victory over Grigor Dimitrov, and fourth-seeded Dominic Thiem withdrew because of illness.

In a match that lasted 2 hours, 34 minutes, Dimitrov fought off two match points in the eighth game of the third set and forced a tiebreaker. Wawrinka closed out the match with an ace.

Wawrinka next faces qualifier Andrey Rublev, who advanced with a 6-7 (4), 6-4, 6-2 victory over 15th-seeded Nikoloz Basilashvili.