US out, other parties reaffirm commitment to Iran nuke deal 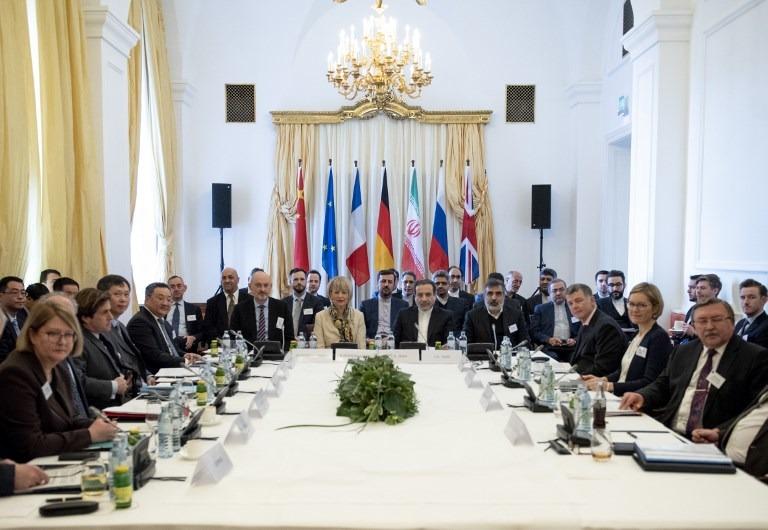 Abbas Araghchi (center right, political deputy at the Ministry of Foreign Affairs of Iran, and the Secretary General of the European Union's External Action Service (EEAS) Helga Schmid (center left) with their delegations take part in a meeting of the Joint Commission of the Joint Comprehensive Plan of Action (JCPOA) attended by the E3+2 (China, France, Germany, Russia, United Kingdom) and Iran at Palais Coburg in Vienna, Austria on March 6, 2019. (JOE KLAMAR / AFP)

VIENNA - With the United States out, other relevant parties on Wednesday reaffirmed their commitment to maintenance and implementation of the Joint Comprehensive Plan of Action (JCPOA), commonly known as the Iran nuclear deal.

At a regular meeting of the Joint Commission of JCPOA held in Vienna, China, Russia, Britain, France and Germany agreed to safeguard and implement the Iran nuclear deal and continue coordination and cooperation.

At a regular meeting of the Joint Commission of JCPOA held in Vienna, China, Russia, Britain, France and Germany agreed to safeguard and implement the Iran nuclear deal and continue coordination and cooperation

The meeting was chaired by Helga Schmid, secretary general of the European External Action Service.

With common efforts and broad support from the international community, work to keep the JCPOA alive has achieved positive results and the implementing mechanism of the agreement has been operating in an orderly manner, said Fu Cong, director general of the Department of Arms Control of the Chinese Foreign Ministry.

This is in the common global interests, he said, as it is not only conducive to maintaining the current global non-proliferation regime and peace and stability in the Middle East but also supportive of multilateralism and international norms.

The relevant parties will remain united, stick to principles, push on with the implementation of the JCPOA, and oppose unilateral sanctions and "long-arm jurisdiction" together, Fu said.

China will support all endeavors conducive to safeguarding the JCPOA and will firmly protect its own lawful rights and interests, he added.

A statement issued by Schmid after the meeting said that the relevant parties welcome Iran's compliance with its commitments under the JCPOA and appreciate the impartial and professional manner in which the International Atomic Energy Agency undertakes verification and monitoring work in Iran, said Schmid.

The new Iran trade mechanism, known as the Instrument in Support of Trade Exchanges (INSTEX) set up by Germany, France and Britain, is a welcome tool, said Schmid, which should be open to other countries in Europe and other parts of the world.
Iran's Deputy Foreign Minister Abbas Araghchi also attended the meeting.