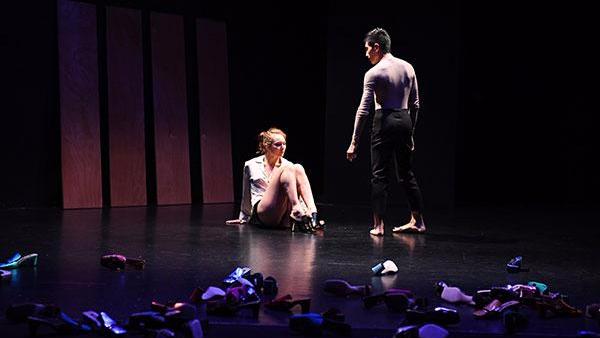 What do millennials want in their shoe cabinets? Besides glamorous pumps, some might want more versatile offerings.

"The challenge we face is regaining our strength in the daywear part of the market, creating desire for our product among millennials as well as among loyal clients," says Riccardo Sciutto, CEO of the company, after a recent visit to Beijing.

Besides its classic offerings of pumps this season, the brand has introduced Sr1, a 2017 spring/summer collection that highlights geometric heels and a square toe.

"We have kept our focus on the future and built a collection that responds to the needs of the modern woman, moving our attention from the red carpet to daywear, with shoes that can easily work from day to night," he says.

Sciutto, who was previously general manager of Hogan at TOD's Group, joined the company about a year ago, after the brand was sold by French company Kering to private equity firm Investindustrial in 2015.

"When I joined the company, I felt as if I was seeing a sleeping beauty ready to be woken up, and that is precisely what we did," he says.

"I believe the only way to succeed is to look within, be inspired by the true DNA of the brand and its outstanding history.

"We have worked on identifying the woman who inspires us: She is confident, sophisticated, feminine and never takes herself too seriously."

The heritage of the brand is where the process of relaunch began, says Sciutto.

Sergio Rossi, founded in the 1950s, has been one of the go-to choices on red carpets for stars and celebrities.

All the shoes are handmade - involving more than 100 steps - at its factory in San Mauro Pascoli, Italy.

The brand looked back at the 1990s, the creative heyday for Sergio Rossi, and used the archive as a starting point to create the new collection, says Sciutto.

"S and r represent the respect and pride in the heritage of the Sergio Rossi brand and the number 1 is the symbol of rebirth and a fresh start."

The new collection debuted with a live ballet performance at Milan's Teatro Filodrammatici in September, signaling the rebirth of the brand.

At the same time, the brand rebuilt its digital platforms, including social media and its website, creating original content to engage with customers.

"I have a motto: Think heritage, play digital," says Sciutto.

China, Japan and Europe are now the brand's key markets, he adds. The brand has just opened two stores in Beijing, at the China World Mall and Beijing SKP.