China 'sincere' as vice-premier arrives in US for trade talks 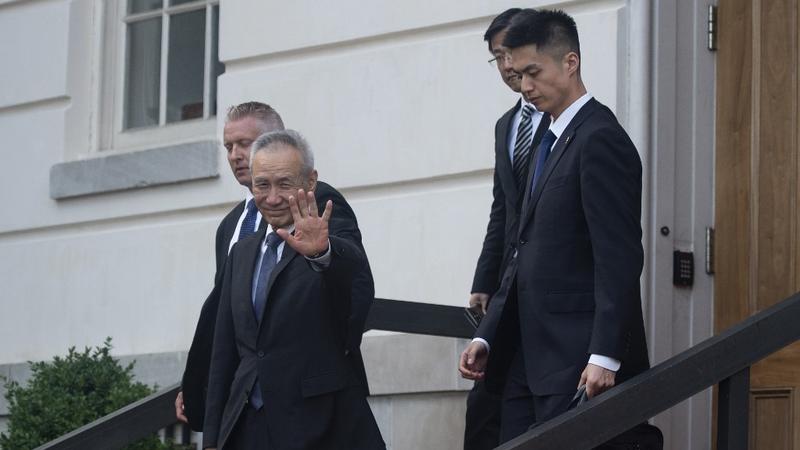 Chinese Vice-Premier Liu He waves as he leaves the Office of the United States Trade Representative after tariff negotiations in Washington DC on May 9, 2019. (ANDREW CABALLERO-REYNOLDS / AFP)

WASHINGTON/BEIJING - Chinese Vice-Premier Liu He arrived in Washington on Thursday for the 11th round of high-level economic and trade consultations with the US.

Liu said Thursday that he came to Washington with sincerity to engage in "rational and candid" exchanges with the US to resolve some of their disparities.

Liu told reporters upon his arrival that under the current special circumstances he hopes to engage in rational and candid exchanges with the US.

Liu, also a member of the Political Bureau of the Communist Party of China Central Committee and chief of the Chinese side of the China-US comprehensive economic dialogue, said that raising tariffs is harmful to China, to the US, and to the whole world.

"The Chinese side believes raising tariffs is not a solution to the problems," he told the media upon his arrival on Thursday afternoon, noting that it is harmful to China, to the United States and to the whole world.

Liu was here to attend the 11th round of China-US high-level economic and trade consultations, scheduled to end on Friday. The negotiations, following the talks in Beijing a week ago, came four days after US President Donald Trump's tweeted threat on Sunday to increase the tariff rate from 10 to 25 percent on Chinese goods worth US$200 billion.

Liu said that the fact that he came this time despite the pressure indicates the utmost sincerity of the Chinese side.