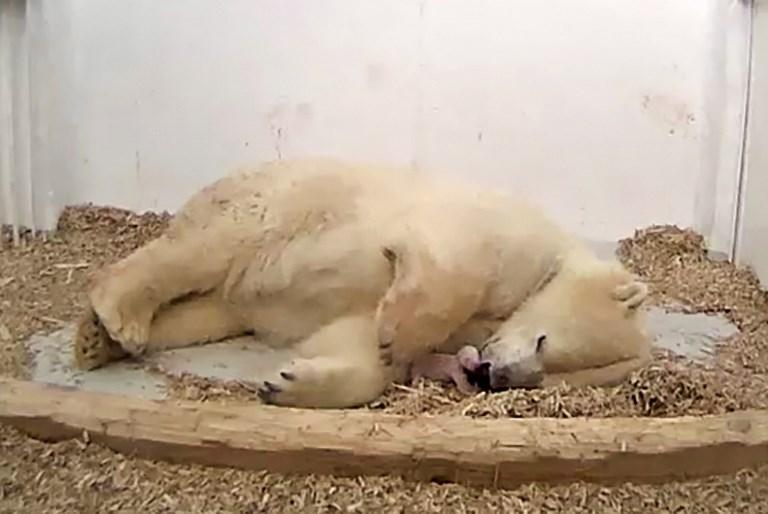 BERLIN - The Tierpark Berlin's baby polar bear died in the early hours of the morning on Tuesday after 26 days of birth. An autopsy is currently being carried out at the Leibniz Institute for Zoo and Wildlife Research, the Tierpark Berlin publicized the news on Tuesday.

ALSO READ: Japan panda cub meets media before public debut
The Zoo and Tierpark director Andreas Knieriem was quoted by the DPA as saying that the cub received too little milk for 12 to 15 hours and then died in its sleep, and the bear cub was dehydrated.

The bear cub's mother, eight-year-old Tonja, has already lost her offspring for the second time in a row

Why the 26-day-old cub no longer drank is still unclear. "There was no bleeding or bruising or organ changes," Knieriem added.
The bear cub's mother, eight-year-old Tonja, has already lost her offspring for the second time in a row. Last year, the little polar bear Fritz died suddenly at the age of four months. The deaths of two polar bear cubs invited criticism for the zoo.
"We were all aware of the high mortality rate for polar bear cubs in the first few weeks, but this is still tragic news and we are deeply saddened," said polar bear curator Dr Florian Sicks.

READ MORE: French president celebrates birthday with panda Yuan Meng
The enthusiasm for the bear cub has been great since the Tierpark zoo publicized the polar bear's birthday on December 7. The cub was set to be unveiled to the public in the spring.