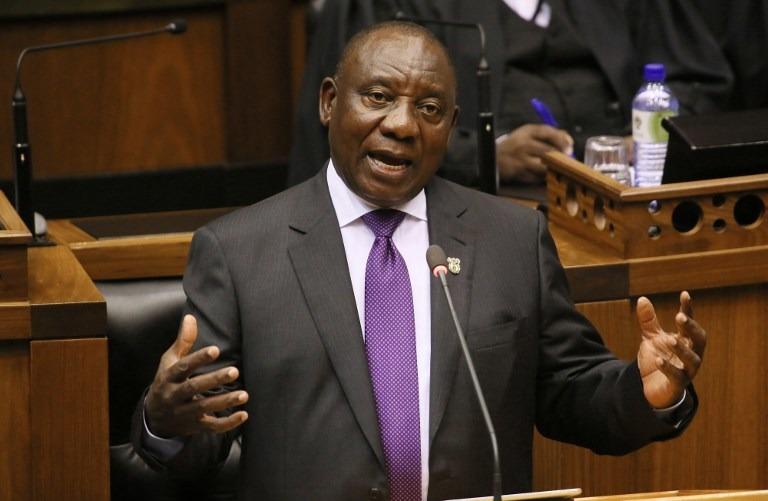 CAPE TOWN - South Africa's new President Cyril Ramaphosa said on Tuesday it was time to consider the make-up of his cabinet, amid growing speculation about whether Finance Minister Gigaba would keep his job.

Ramaphosa was sworn in as head of state on Thursday after his predecessor Jacob Zuma resigned on orders of the ruling African National Congress (ANC) after nine years in office blighted by corruption, economic mismanagement and disputed appointments.

This is the time to walk, to reflect even about cabinet and all that

In his first state of nation address on Friday, Ramaphosa strongly hinted at a cabinet shake-up when he said he would review the make-up and size of government departments.

Investors are watching closely to see if Gigaba, who is due to deliver the budget speech on Wednesday, keeps his job.

"This is the time to walk, to reflect even about cabinet and all that," he told reporters on television news channel eNCA during his walk, in response to a question on whether there was still time to shake up his cabinet ahead of the budget speech.

"I'll be walking maybe three times a week, walking with our people," he said. "I want my tummy to fall, so I'm going to continue walking."

At a separate event in Cape Town, Gigaba declined to comment when asked by reporters about the speculation over his job.

However, his deputy Sfiso Buthelezi, who sat next to his boss, said Gigaba would deliver the budget on Wednesday.

Ahead of Ramaphosa's maiden state of the nation address in parliament on Friday, Gigaba said he served at the pleasure of the president who had the prerogative to both "appoint and disappoint" ministers.

Analysts expect South Africa's finance ministry to spell out "tough decisions" in the budget to plug a revenue gap and narrow the deficit, providing an early look at how Ramaphosa plans to repair the ailing economy.