US ends funding of UN agency for Palestinian refugees 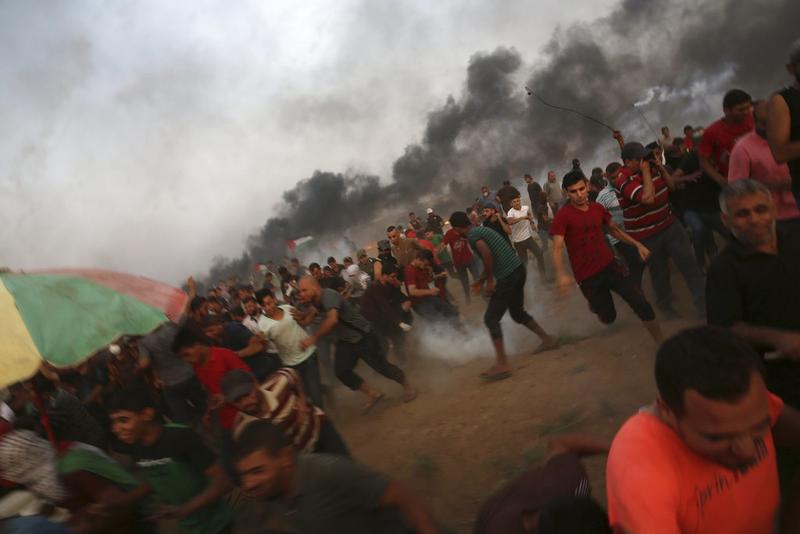 Protesters run to cover from teargas fired by Israeli troops, while others burn tires near fence of the Gaza Strip border with Israel, during a protest east of Gaza City, Aug 31, 2018. (ADEL HANA / AP)

WASHINGTON/RAMALLAH - The United States on Friday halted all funding to a UN agency that helps Palestinian refugees in a decision further heightening tensions between the Palestinian leadership and the Trump administration.

A spokesman for Palestinian President Mahmoud Abbas denounced the decision as “a flagrant assault against the Palestinian people and a defiance of UN resolutions.”

READ MORE: Palestine urges US to end use of blackmail, distortion

“The administration has carefully reviewed the issue and determined that the United States will not make additional contributions to UNRWA,” she said in a statement.

Nauert said the agency’s “endlessly and exponentially expanding community of entitled beneficiaries is simply unsustainable and has been in crisis mode for many years.”

The latest announcement comes a week after the administration said it would redirect US$200 million in Palestinian economic support funds for programs in the West Bank and Gaza.

UNRWA spokesman Chris Gunness voiced the agency’s “deep regret and disappointment” at the decision, which he said was surprising given that a December US funding agreement had acknowledged UNRWA’s successful management.

“We reject in the strongest possible terms the criticism that UNRWA’s schools, health centers, and emergency assistance programs are ‘irredeemably flawed,’” Gunness added in a series of Twitter posts.

The 68-year-old agency says it provides services to about 5 million Palestinian refugees in Jordan, Lebanon, Syria and the West Bank and Gaza. Most are descendants of people who were driven out of their homes or fled the fighting in the 1948 war that led to Israel’s creation.

US President Donald Trump and his aides say they want to improve the Palestinians’ plight, as well as start negotiations on an Israeli-Palestinian peace agreement.

But under Trump, Washington has taken a number of actions that have alienated the Palestinians, including the recognition of Jerusalem as Israel’s capital. That move was a reversal of longtime U.S. policy and led the Palestinian leadership to boycott the Washington peace efforts being led by Jared Kushner, Trump’s senior adviser and son-in-law.

ALSO READ: For Palestinians, US Embassy move a show of pro-Israel bias

The United States paid out US$60 million to UNRWA in January, withholding another US$65 million, from a promised US$365 million for the year.

“NOT PART OF THE SOLUTION”

“Such a punishment will not succeed to change the fact that the United States no longer has a role in the region and that it is not a part of the solution,” Abbas spokesman Nabil Abu Rdainah told Reuters. 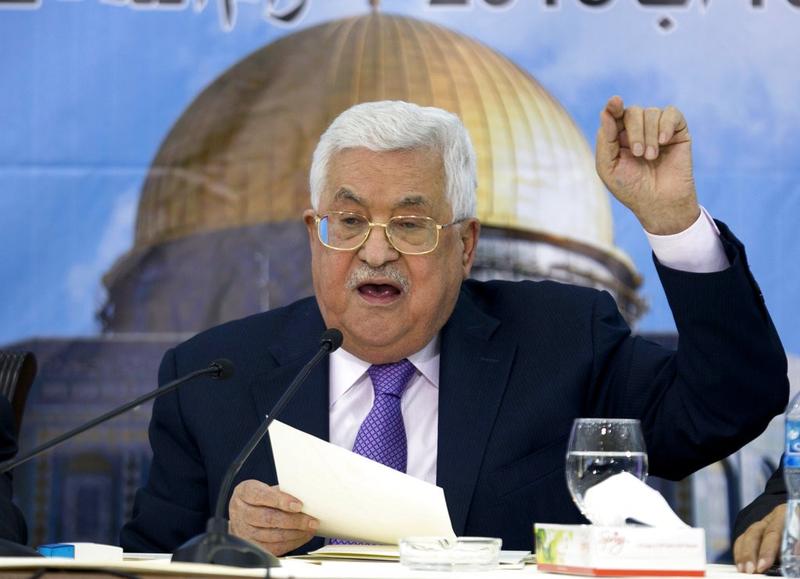 He said “neither the United States nor anybody else will be able to dissolve” UNRWA.

In Gaza, the Islamist group Hamas condemned the US move as a “grave escalation against the Palestinian people.”

UNRWA has faced a cash crisis since the United States, long its biggest donor, slashed funding earlier this year

“The American decision aims to wipe out the right of return and is a grave US escalation against the Palestinian people,” said Hamas spokesman Sami Abu Zuhri.

He told Reuters the “US leadership has become an enemy of our people and of our nation and we will not surrender before such unjust decisions.”

Earlier on Friday, German Foreign Minister Heiko Maas said Germany would increase its contributions to UNRWA because the funding crisis was fuelling uncertainty. “The loss of this organization could unleash an uncontrollable chain reaction,” Maas said.

UNRWA has faced a cash crisis since the United States, long its biggest donor, slashed funding earlier this year, saying the agency needed to make unspecified reforms and calling on the Palestinians to renew peace talks with Israel.

The last Palestinian-Israeli peace talks collapsed in 2014, partly because of Israel’s opposition to an attempted unity pact between the Fatah and Hamas Palestinian factions and Israeli settlement building on occupied land that Palestinians seek for a state.

Nauert said the United States would intensify talks with the United Nations, the region’s governments and international stakeholders that could involve bilateral US assistance for Palestinian children.

“We are very mindful of and deeply concerned regarding the impact upon innocent Palestinians, especially school children, of the failure of UNRWA and key members of the regional and international donor community to reform and reset the UNRWA way of doing business,” she said.

Gunness told Reuters earlier in August that UNRWA’s support would be needed as long as the parties failed to reach an agreement to end the crisis.

“UNRWA does not perpetuate the conflict, the conflict perpetuates UNRWA,” he said. “It is the failure of the political parties to resolve the refugee situation which perpetuates the continued existence of UNRWA.”