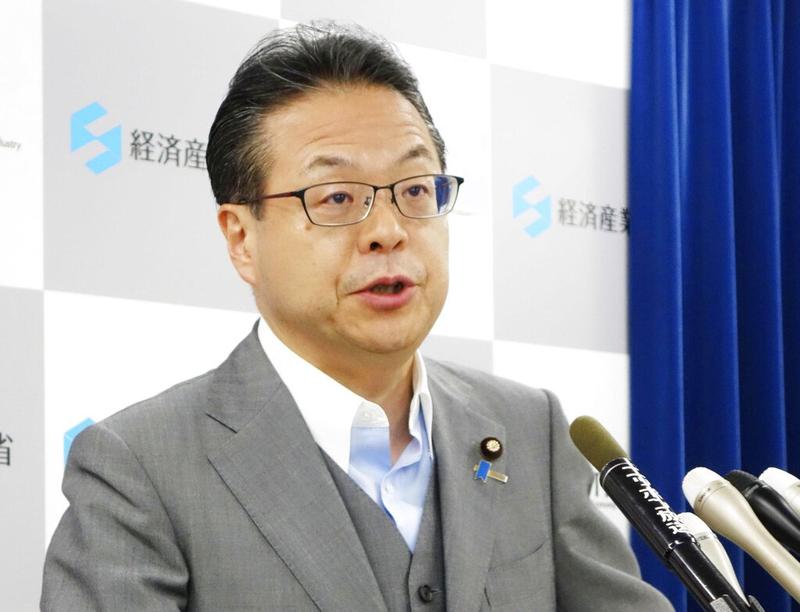 Japan's Economy, Trade and Industry Minister Hiroshige Seko speaking during a press conference at his ministry in Tokyo, Japan, Aug 8, 2019. Seko said on Aug 13, 2019, that Seoul had failed to explain its reasons for its plan to remove Japan from a list of countries with fast-track trade status. (PHOTO / KYODO NEWS VIA AP)

TOKYO — Japan hit back at South Korea on Tuesday for removing Tokyo's fast-track trade status, with the industry minister saying Seoul had failed to explain its reason for the latest move in an escalating trade row.

South Korea signaled plans on Monday to remove Japan from a list of countries with fast-track trade status from September, citing problems with export control measures.

"From the start, it is totally unclear under what basis South Korea can say that Japan's export control measures don't meet the export control regime," Seko said on Twitter.

Japan announced earlier this month that it was removing South Korea from its own "white list" of countries that have enjoyed minimum trade restrictions, citing an erosion of trust.

"It is disappointing and regrettable in light of the two countries' shared efforts for friendship and cooperation," Moon said at a lunch for activists who fought for independence during the 1910-1945 Japanese occupation of the Korean Peninsula.

South Korea would continue trying to resolve the issue diplomatically, he said.

Relations between the two countries have deteriorated since a ruling by South Korea's Supreme Court last year that Japanese companies should compensate South Koreans who were conscripted as forced laborers during World War II.