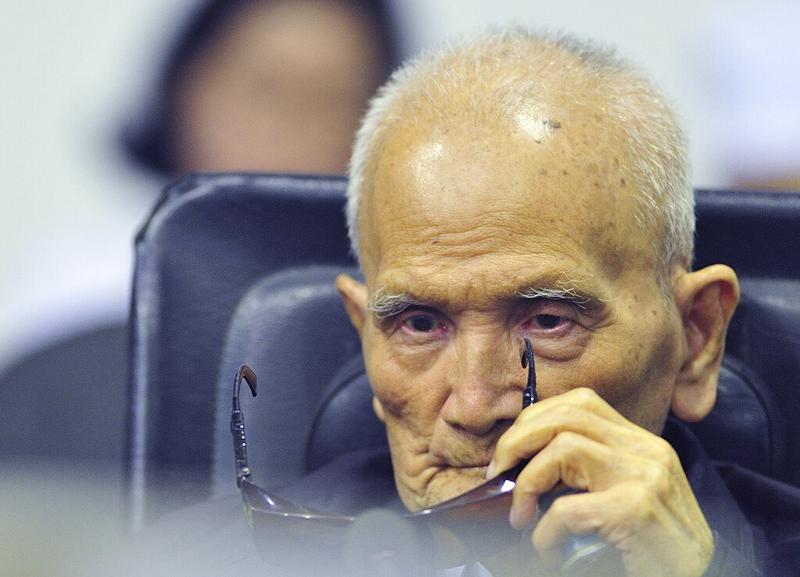 In this Nov 16, 2018 file photo released by the Extraordinary Chambers in the Courts of Cambodia, Nuon Chea, who was the Khmer Rouge's chief ideologist and No. 2 leader, sits in a court room before a hearing at the UN-backed war crimes tribunal in Phnom Penh, Cambodia. (PHOTO / AP)

PHNOM PENH, Cambodia — Nuon Chea, the chief ideologue of the communist Khmer Rouge regime that destroyed a generation of Cambodians, died Sunday, the country's UN-assisted genocide tribunal said. He was 93.

Nuon Chea was known as Brother No. 2, the right-hand man of Pol Pot, the leader of the regime that ruled Cambodia from 1975 to 1979. The group's fanatical efforts to realize a utopian society led to the death of some 1.7 million people — more than a quarter of the country's population at the time — from starvation, disease, overwork and executions.

At the long-awaited Khmer Rouge trials, he told a court that he and his comrades were not "bad people," denying responsibility for any deaths

Researchers believe Nuon Chea was responsible for the extremist policies of the Khmer Rouge and was directly involved in its purges and executions.

He was serving life in prison after convictions by the UN-backed tribunal on charges of genocide, crimes against humanity and war crimes.

At the long-awaited Khmer Rouge trials, he told a court that he and his comrades were not "bad people," denying responsibility for any deaths.

For decades after the fall of the Khmer Rouge, Nuon Chea lived quietly with his family in a wooden house in Pailin, a former guerrilla stronghold near the border with Thailand.

"I wasn't a war criminal," he said in a 2004 interview with The Associated Press. "I admit that there was a mistake. But I had my ideology. I wanted to free my country. I wanted people to have well-being."

He was arrested in 2007 to face trial along with other surviving but ailing top Khmer Rouge leaders, and charged with crimes against humanity, genocide, religious persecution, homicide and torture.

Three decades after his accused crimes, Nuon Chea took the stand as an old man with white hair and sunken cheeks. Frail from a variety of health problems — including high blood pressure, heart problems and cataracts — he peered over eyeglasses as he defiantly defended the regime he served.

"I don't want the next generation to misunderstand history. I don't want them to believe the Khmer Rouge are bad people, are criminals," Nuon Chea testified in 2011 at the age of 85. "Nothing is true about that."

During his testimony, he insisted that the regime was not responsible for any atrocities and reiterated long-standing Khmer Rouge claims that mass graves found after the Khmer Rouge were ousted from power held the bodies of people killed by Vietnamese troops.

These war crimes and crimes against humanity were not committed by the Cambodian people...it was the Vietnamese who killed Cambodians

"These war crimes and crimes against humanity were not committed by the Cambodian people," Nuon Chea said. "It was the Vietnamese who killed Cambodians."

Vietnam, a onetime communist ally of the Khmer Rouge, suffered several bloody attacks from them and finally struck back in late 1978, chasing the Khmer Rouge from power in early 1979 and installing a client regime of former members of the Khmer Rouge who had split with the group. One of them was Cambodia's current prime minister, Hun Sen.

Nuon Chea's fellow defendants also denied any wrongdoing: Khieu Samphan, the regime's former head of state, who also told the court he bore no responsibility for atrocities, and Ieng Sary, the regime's former foreign minister. Ieng Sary died before the trials concluded, but Khieu Samphan and Nuon Chea were found guilty in the tribunal's final verdicts in November 2018.

At one point before his arrest, Nuon Chea told journalists that he had become an adherent of Buddhism — an irony for the man who served a regime that abolished religion and turned Buddhist monasteries into sites for torture and execution.

Nuon Chea was born on July 7, 1926, to a wealthy Sino-Cambodian family in Battambang province in northwestern Cambodia. He studied law at Thammasat University in Thailand.

In an interview with government agents a year after his surrender in 1998, Nuon Chea said he joined the communist movement in Thailand in 1950. Other sources say he became a communist in 1948 and returned to Cambodia a year later.

That was a time when communist and nationalist groups, struggling to oust French colonialists, were gaining strength in Cambodia, Laos and Vietnam.

Nuon Chea said in that interview that he and Saloth Sar, Pol Pot's real name, played key roles in building up a homegrown movement free from the dominance of Vietnam, which was to become the Khmer Rouge's arch-enemy.

In its early stages, that movement was largely in disarray, facing constant threats from authorities and having neither a clear strategy nor adequate resources, according to Nuon Chea. 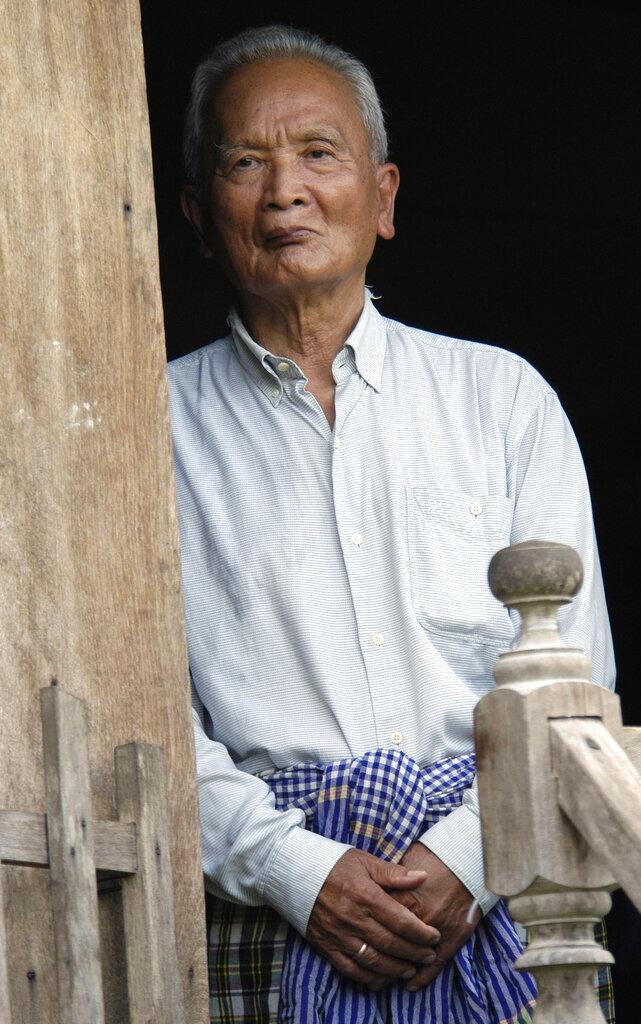 Nuon Chea said he and Pol Pot worked together in mapping out "a strategic path and tactics" that the party adopted at a clandestine congress at the Phnom Penh railway station in September 1960.

"Marxism-Leninism was the goal of the party, which had to be built from the countryside up. Rural areas were the basis for cities to rely on and ignite" the revolution, Nuon Chea said.

After coming to power in 1975 following a brutal war, the Khmer Rouge evicted people from cities and turned the country into a vast labor camp.

For a movement known for paranoia and secrecy, Nuon Chea was as shadowy as Pol Pot, or even more so, according to historians.

"Except for Nuon Chea, Pol Pot was the least accessible Cambodian leader since World War II," David Chandler, an American scholar on Cambodia, wrote in "Brother Number One," a biography of Pol Pot.

Researchers say he was the chief ideologue responsible for devising the Khmer Rouge's most brutal policies, notably at Tuol Sleng — or S-21 — prison, which is now a genocide museum in Phnom Penh, Cambodia's capital. Some 16,000 men, women and children passed through the prison's gate before being tortured and executed.

Youk Chhang, director of the Documentation Center of Cambodia, which researches Khmer Rouge crimes, said strong evidence links Nuon Chea to the killings. He said the 800,000 documents about the country's holocaust his center has gathered include many that incriminate Nuon Chea.

"He was born like all of us, but he was driven by power and he later committed crimes against his own people," Youk Chhang said Sunday.

After being ousted from power in 1979, the Khmer Rouge waged guerrilla warfare for another two decades before disintegrating. Pol Pot died in the jungle in 1998, and on Christmas Eve that year, Nuon Chea and Khieu Samphan surrendered.

Prime Minister Hun Sen welcomed the duo at his home and gave them and family members a beach holiday, providing sports utility vehicles and security escorts.

When asked at the time who was to blame for the massacres under his regime, Nuon Chea told a news conference, "Let's consider that an old issue."