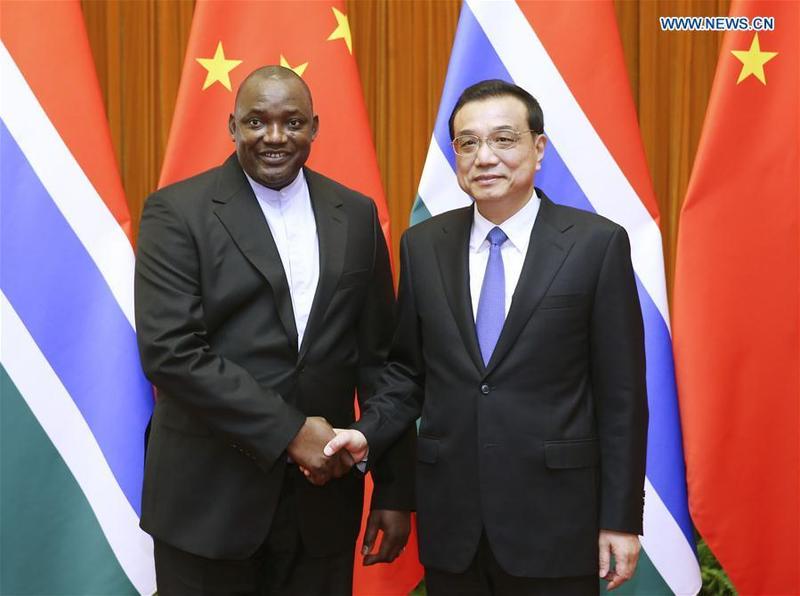 Li's remarks came during a meeting with Gambian President Adama Barrow, who is on his first state visit to China since diplomatic relations were resumed last year.

The two countries established formal diplomatic links in 1974, but China suspended relations in 1995 when the west African country resumed so-called "diplomatic" ties with Taiwan. Gambia severed ties with Taiwan in 2013.

"China will consider Gambia's national conditions and characteristics and give full play to the complementarity of our two countries," Li said.

He said China will continue to provide support and assistance for Gambia's economic and social development.

Li said China hopes Gambia will firmly uphold the one-China policy, and China will advance ties with Gambia on the basis of mutual respect and treating each other on an equal footing.

Barrow said Gambia will adhere to the one-China policy and work with China to strengthen cooperation to open a new chapter in bilateral relations.

Both sides can share experience in national governance and legislation, promote people-to-people and cultural exchanges and improve the legal environment for pragmatic cooperation, said Zhang, chairman of the NPC Standing Committee.