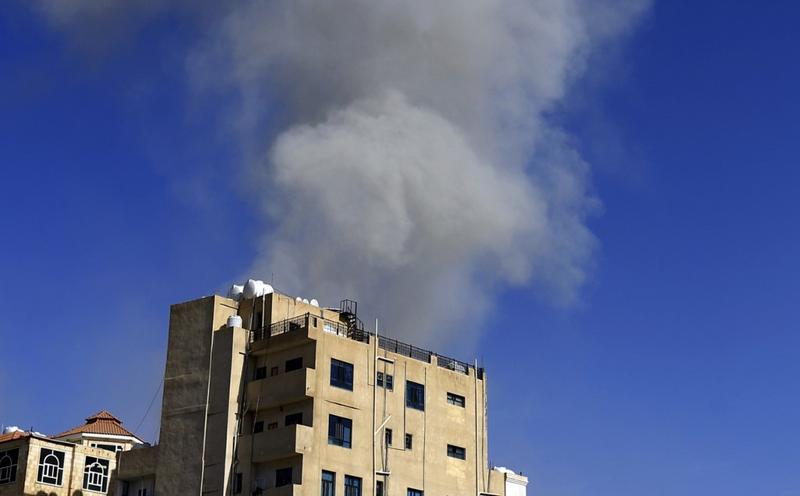 Smoke billows following an air strike in the Yemeni capital Sanaa on May 16, 2019. (MOHAMMED HUWAIS / AFP)

ADEN, May 16 — The Saudi-led military coalition in Yemen carried out several air strikes on the Houthi-held capital Sanaa on Thursday, after the Iranian-aligned movement claimed responsibility for drone attacks on Saudi oil installations.

Saudi-owned broadcaster Al Arabiya quoted a coalition statement as saying the Sunni Muslim alliance had launched an operation aimed at "neutralising the ability of the Houthi militia to carry out acts of aggression."

It urged civilians to avoid those target areas, and there were no immediate reports of casualties.
READ MORE: UN looks to confirm Yemen rebel withdrawals from Red Sea ports

Saudi Arabia said on Tuesday that armed drones hit two oil pumping stations in the kingdom but did not disrupt output or exports. The Houthis said they were responsible.

The United Arab Emirates said on Wednesday that the Western-backed coalition, of which it is a main member, would "retaliate hard" for any Houthi attacks on coalition targets.

The Sanaa air strikes and escalating violence in Yemen's Hodeidah port that breached a UN-sponsored truce in the Red Sea city, could complicate peace efforts to end the four-year war that has killed tens of thousands of people, many of them civilians, and pushed the country to the brink of famine.

The coalition, which receives arms and intelligence from Western nations, intervened in Yemen in 2015 against the Houthis to try to restore the internationally recognised government of Abd-Rabbu Mansour Hadi that was ousted from power in Sanaa.

The conflict is widely seen in the region as a proxy war between Saudi Arabia and Iran. The Houthis deny being puppets of Tehran and say their revolution is against corruption.