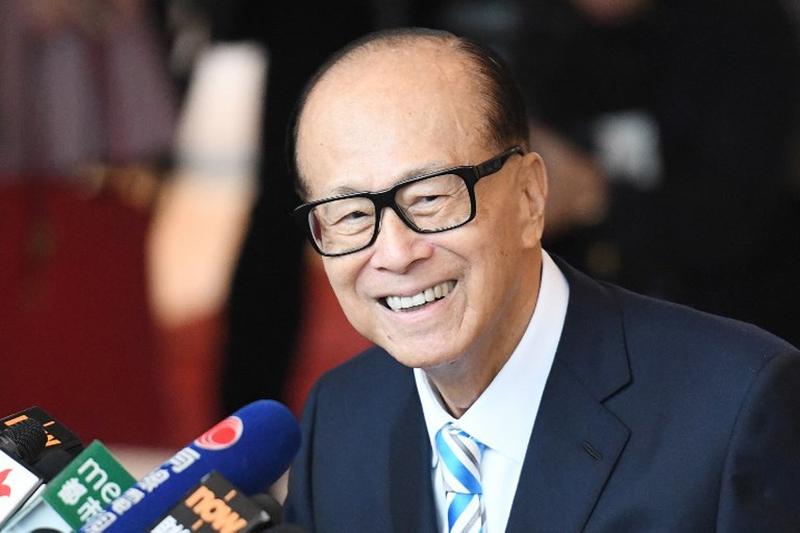 In this May 10, 2018 photo, Hong Kong tycoon Li Ka-shing speaks to the press after a meeting with shareholders at the Harbour Grand hotel in Hong Kong on the official day of his retirement. (ANTHONY WALLACE / AFP)

Li made the remarks in Shantou after he stepped down from his role as honorary chairman of Shantou University Council, to be succeeded by his younger son Richard Li Tzar-kai.

Hong Kong’s young people should not underestimate their own capabilities, but should explore new areas and things that are worth learning, and they are interested in.

Li believes there are a number of aspiring youngsters in Hong Kong and he suggested young people should be well-prepared before establishing their own business.

The billionaire, who turns to 90 this month, has constantly expressed concern about youth development and education.

Delivering a speech at the Shantou University graduation ceremony last Friday, the elder Li urged graduates to be innovative when facing challenges and try different approaches, rather than follow old paths.

In his speech, Li also stressed the importance of modesty and curiosity, as well as encouraging young people to keep helping others and achieve a full life.

Shantou University, founded by Li in 1984, is the only institution of higher education in the Chaozhou and Shantou area of Guangdong province.