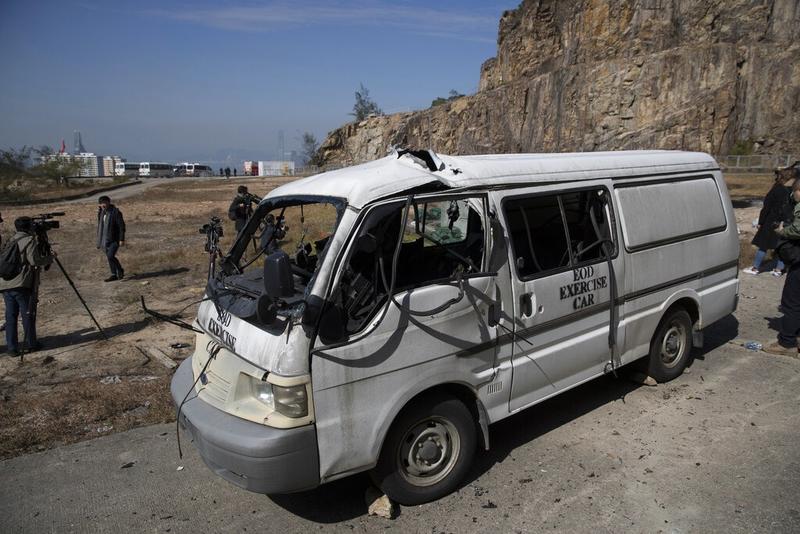 A van sits damaged by the use of explosives by the Hong Kong Police Force's bomb disposal squad during a demonstration for media in Hong Kong, Dec 6, 2019. (VINCENT THIAN / AP)

In a demonstration for media cameras, the bomb squad set off a series of controlled explosions in a disused quarry overlooking the city's high-rise skyline, blowing up a watermelon and shredding the front of a minivan.

Just 1 gram of the unstable explosive, equivalent to the weight of a candy, could cause life-changing injuries, said Alick McWhirter, senior bomb disposal officer of the HK Police Force

In July, police announced the seizure of about 2 kilograms of TATP, which has been used in terrorist attacks worldwide. Other recent seizures in Hong Kong involved far smaller amounts, just 1 gram, of TATP, or tri-acetone tri-peroxide.

"Obviously, I’m concerned that they are making TATP or are in possession of TATP,” said Alick McWhirter, the squad's senior bomb disposal officer.

ALSO READ: Bomb plot is the ultimate wake-up call for all residents

Just 1 gram of the unstable explosive, equivalent to the weight of a candy, could cause life-changing injuries, he said.

A demonstration blast of 1 gram of high explosive at the quarry above the bomb squad's fenced-off headquarters caused a loud bang. A blast involving 50 grams, which would fit into a cigarette packet, sent shrapnel flying from the shattered front of the minivan.

The squad used explosives with a destructive force equivalent to TATP but not TATP itself, because the substance is so dangerous to handle, susceptible to bumps, heat and friction. 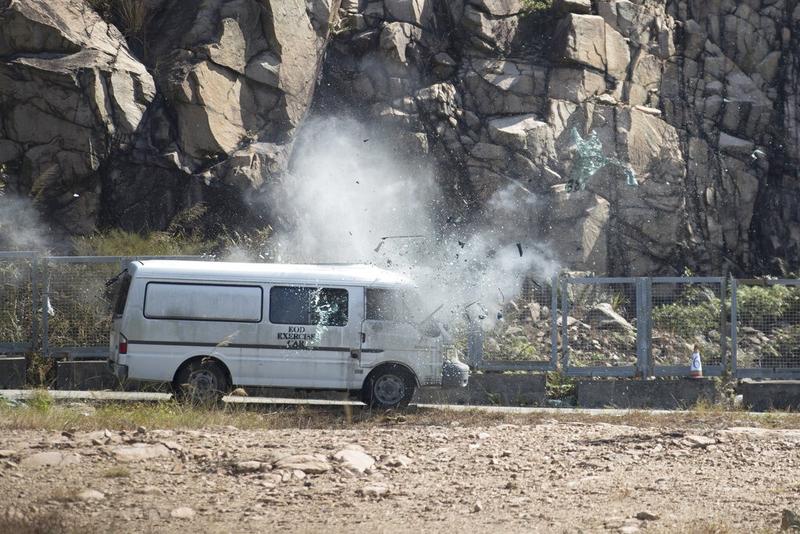 A van is damaged with TATP equivalent explosive by the bomb disposal squad during a demonstration for media in Hong Kong, Dec 6, 2019.  (VINCENT THIAN / AP)

In October, police said a homemade, remote-controlled bomb intended to “kill or to harm” riot control officers was detonated as they deployed against protests. Causing a loud thud but no injuries, the small blast marked the first known use of an explosive device during the protests that started in June.

The bomb squad has also disposed of thousands of gasoline bombs prepared by protesters on university campuses.

McWhirter said that “99 percent of the protesters in Hong Kong, from what I've seen, are peaceful.”

But he added: “There's clearly, though, a small hardcore who are dedicated towards violence.”