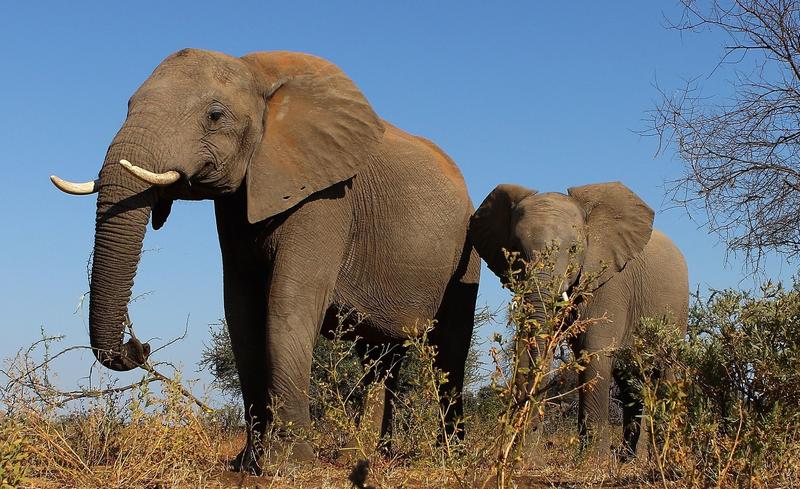 Botswana has reintroduced elephant hunts with a cautious approach to pricing, a move that’s likely to further inflame the controversy that’s threatening a US$2 billion tourism industry after a five-year ban on hunting was lifted.

The government will auction licenses to hunting operators for the right to shoot 158 elephants but is yet to decide on the minimum price it will set at the sales, said Kitso Mokaila, the country’s environment minister.

There will also be a charge of 20,000 pula (US$1,834) for each of 72 elephant hunting licenses designated for foreigners, according to government documents seen by Bloomberg. That compares to at least US$21,000 for the right to shoot an elephant in neighboring Zimbabwe.

Botswana has the world’s largest elephant population, with about 130,000 of the animals roaming free nationwide.

“It’s a very reasonable price,” said Dries van Coller, president of the Professional Hunters Association in South Africa. “They would rather proceed with caution, and see how it goes.”

President Mokgweetsi Masisi put pachyderms at the center of the Botswana’s politics ahead of October elections, breaking ranks with his predecessor Ian Khama and angering conservationists by saying elephants are too numerous and threaten villagers. While his stance has won widespread rural support, it’s prompted warnings from US activists that tourists may go elsewhere.

Still, by lifting the hunting ban, Botswana has brought itself in line with its neighbors. The number of hunting licenses are below the 400 cap it set itself, and compares with 500 licenses in Zimbabwe and 90 in Namibia. In South Africa, foreign hunters generated 1.95 billion rand (US$133 million) in 2017.

Less than 50 elephants are shot in South Africa annually and Zambia has allocated 37 licenses for this year.

The all-in cost of an elephant hunt typically involves several hundred dollars a day for the professional hunters who accompany the tourists, as well as accommodation and taxidermy fees. Hunts can last 10 to 18 days on average. Most trophy hunters in southern Africa come from the US.

“We want to start off cautiously and steadily to see if all that we want under the guidelines can be done properly,” Mokaila said. The sales will start soon, he added.

Tourism, mainly in the form of photographic safaris around the country’s Okavango and Chobe reasons, accounts for a fifth of Botswana’s economy.