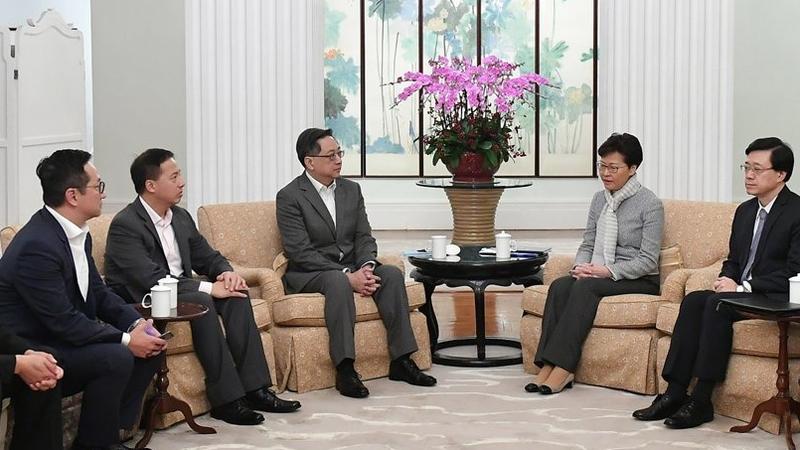 Chief Executive Carrie Lam Cheng Yuet-ngor extended heartfelt thanks to the city’s police on Thursday for their “distinguished professionalism and restraint” during recent protests against the government’s extradition law amendment bill, the legislation of which had been suspended on June 15.

ALSO READ: We are fortunate to have had Carrie Lam as CE

The meeting came after protesters besieged the Hong Kong Police Headquarters in Wan Chai twice within a week.

Late Wednesday night, hundreds of demonstrators blocked the entrances of the police base with metal barriers. Some threw eggs and umbrellas at police officers and painted vulgar words on the wall of the building.

Police officers have fulfilled their duties and maintained the city’s rule of law and order with dedication in the face of disputes and clashes that arose from the proposed amendments to the city’s extradition laws.

The police force also managed to strike a balance between respecting the residents’ freedom of expression and safeguarding public order, Lam added.

“The police impartially enforced the law and continued to serve the community during the difficult time,” Lam said.

Over the past two weeks, about 500 police officers and family members suffered online personal data breaches, attacks and threats, according to the police.

Lam said she understands that some police officers and their relatives have been put under pressure, adding that her administration will continue to offer full support to the police force.