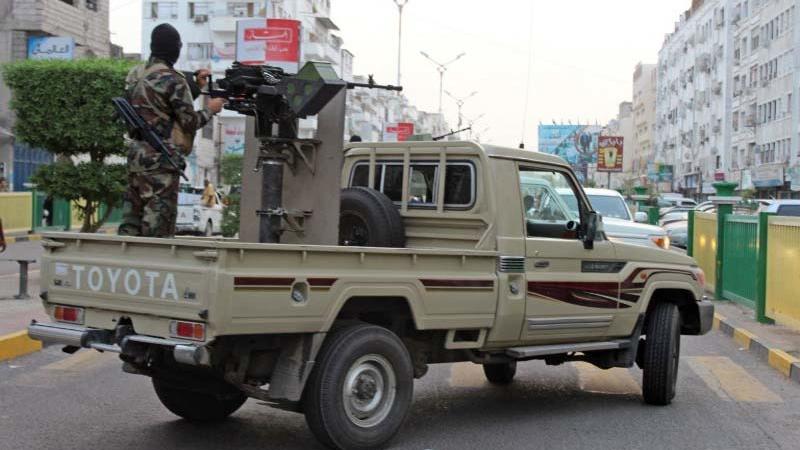 Yemeni loyalist fighters, backed by Saudi Arabia and the United Arab Emirates patrol the streets of central Aden on June 11, 2018. Forces hostile to Houthi rebels have sent reinforcements to the port of Hodeida frontline, in the western part of Yemen, amid escalating tensions between loyalist and rebel fighters. (SALEH Al-OBEIDI / AFP)

The battle for Hodeida, if the Houthis don't withdraw, also may mark the first major street-to-street urban fighting for the Saudi-led coalition

Iranian-aligned Shi'ite rebels known as Houthis and their allies for years have held the Red Sea port, crucial to food supplies in a nation on the brink of famine after years of war.

The battle for Hodeida, if the Houthis don't withdraw, also may mark the first major street-to-street urban fighting for the Saudi-led coalition, which can be deadly for both combatants and civilians alike.

Before dawn Wednesday, convoys of vehicles appeared to be heading toward the rebel-held city, according to videos posted on social media. The sound of heavy, sustained gunfire clearly could be heard in the background. 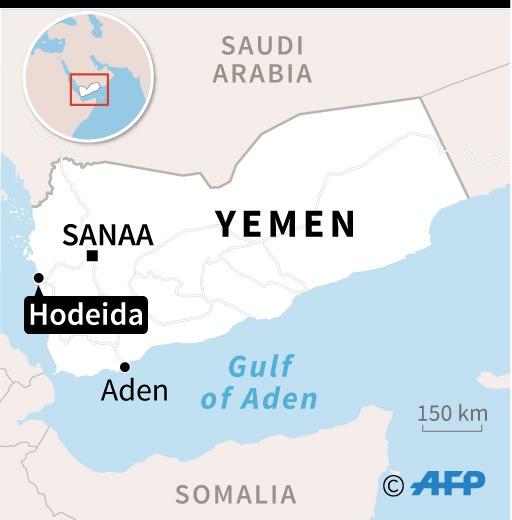 An AFP graphic shows a Yemen map locating the rebel-held port of Hodeida, now the target of Yemeni government forces.

Yemen's exiled government "has exhausted all peaceful and political means to remove the Houthi militia from the port of Hodeida," it said in a statement. "Liberation of the port of Hodeida is a milestone in our struggle to regain Yemen from the militias."

"The targeted ship was carrying troops prepared for a landing on the coast of Hodeida," the channel said. The Saudi-led coalition did not immediately acknowledge the incident. 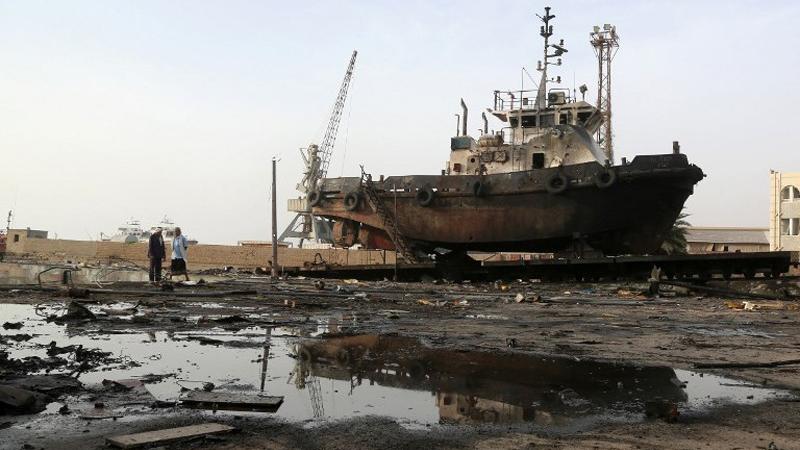 Workers inspect damages at the site of an air strike on the maintenance hub at the Hodeidah port, on May 27, 2018. (ABDO HYDER / AFP)

Forces loyal to Yemen's exiled government and irregular fighters led by Emirati troops had neared Hodeida in recent days. The port is some 150 kilometers southwest of Sanaa, Yemen's capital held by the Houthis since they swept into the city in September 2014. The Saudi-led coalition entered the war in March 2015 and has received logistical support from the US.

On Tuesday, Yemen's exiled president visited the United Arab Emirates to patch up relations ahead of an anticipated assault on the rebel-held port of Hodeida.

President Abed Rabbo Mansour Hadi's trip to Abu Dhabi comes amid months of tensions between his forces and fighters backed by the UAE, which have clashed on a number of occasions. 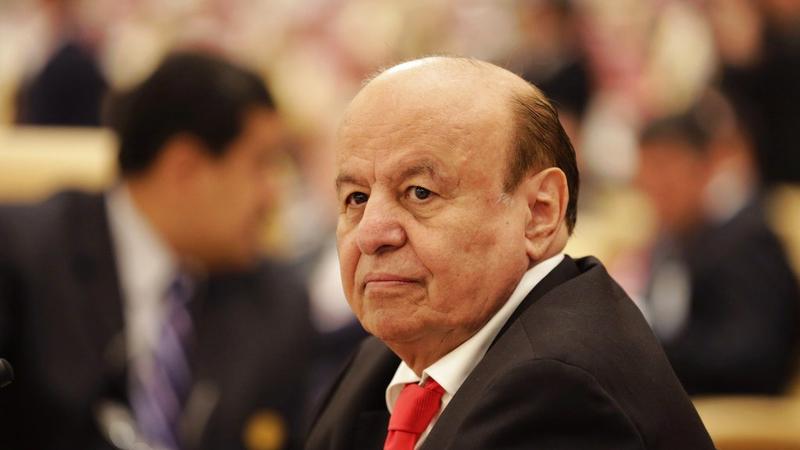 In this Nov 10, 2015 file photo, the President of Yemen Abed Rabbo Mansour Hadi, participates in a summit of Arab and South American leaders in Riyadh, Saudi Arabia. Yemen's exiled president was due to visit the United Arab Emirates on June 12, 2018, to patch up relations ahead of an anticipated assault on the rebel-held port of Hodeida. (HASAN JAMALI / AP)

The United Nations and other aid groups already had pulled their international staff from Hodeida ahead of the rumored assault.

Over 10,000 people have been killed in Yemen's civil war, which has displaced 2 million more and helped spawn a cholera epidemic. The Saudi-led coalition has been criticized for its airstrikes killing civilians.

Meanwhile, the UN and Western nations say Iran has supplied the Houthis with weapons from assault rifles up to the ballistic missiles they have fired deep into Saudi Arabia, including at the capital, Riyadh.

Before the war, over 70 percent of Yemen's food and fuel imports came through Hodeida, accounting for over 40 percent of the nation's customs income. The port remains crucial for incoming aid, food and medicine for a nation driven to the brink of famine by the conflict and a Saudi-led blockade. A Saudi-led airstrike in 2015 destroyed cranes at Hodeida. The United Nations in January shipped in mobile cranes to help unload ships there.

UN Secretary-General Antonio Guterres had said that UN envoy Martin Griffiths was in "intense negotiations" in an attempt to avoid a military confrontation. However, Griffiths' recent appointment as envoy and his push for new negotiations may have encouraged the Saudi-led coalition to strengthen its hand ahead of any peace talks with the Houthis.