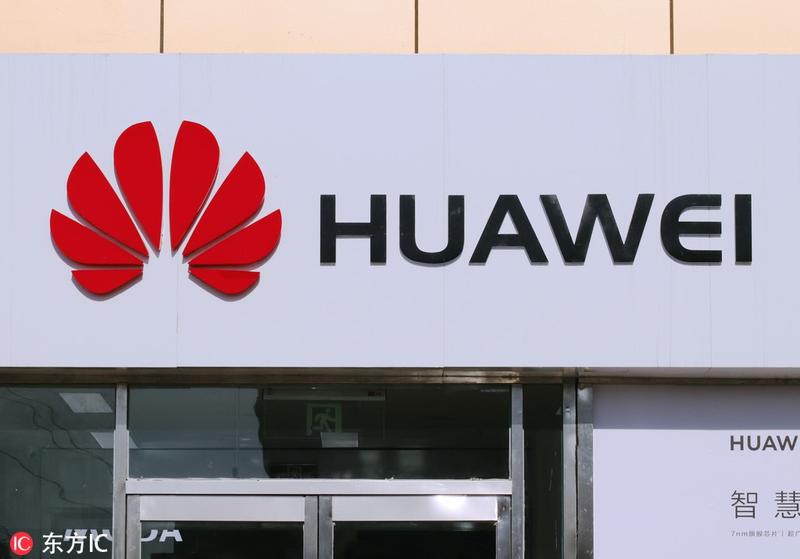 This undated photo shows a Huawei store in China. (IC)

The "unreasonable" treatment of Huawei Technologies Co by the United States won't harm the company's partnerships with suppliers, as a robust domestic market and its technological competitiveness will help it overcome challenges, an industry analyst said on Friday.

Wang Yanhui, secretary-general of the Mobile China Alliance, said US interference with the global telecom market is giving Huawei a hard time overseas, but the temporary difficulty, if properly handled, won't harm the company's long-term business.

"China has a huge domestic 5G market and its efforts to accelerate construction of a nationwide network will bring opportunities to Huawei," Wang said.

On Thursday night, China said that it had officially allocated certain radio frequency spectra to the country's big three telecom carriers for the construction of a nationwide 5G network, a key step to quicken the rollout of the superfast technology.

The move sent shares of Huawei's Chinese suppliers climbing on Friday. Tongyu Communication, for instance, surged more than 5 percent in Shenzhen. An index tracking 5G-related Chinese companies also rose by 1.75 percent at the close of trading on Friday, according to financial information provider Wind Info.

The news came after Canadian police arrested Huawei's chief financial officer, Meng Wanzhou, at the request of the US, on Dec 1. The two countries did not specify the reason for the detention.

On Friday, Foreign Ministry spokesman Geng Shuang said Meng is a Chinese citizen, in response to foreign media questions about her identity.

Geng also called for more effort by Japan to create a level playing field for Chinese companies, and encouraged the country not to damage mutual trust and friendship when asked about media reports that Japan will ban government purchases of products made by Huawei and another Chinese company, ZTE.

On Thursday night, Huawei said in a letter to its global suppliers that the US had made some accusations against the company recently, and Huawei has clarified many times that it strictly complies with all applicable laws and regulations in its global business operations.

"It is unreasonable of the US government to use these sorts of approaches to exert pressure on a business entity. They are against the spirit of a free economy and fair competition. Nevertheless, regardless of how unreasonable their approach becomes, the partnerships we have with our global suppliers will stay unchanged," Huawei said.

The Shenzhen-based company is the world's second-largest smartphone vendor and a leading maker of telecom equipment. It has more than 2,000 component and service suppliers, according to a report by Guosen Securities.

In November, Huawei unveiled a list of its 92 core suppliers for the first time, 33 of which are from the US, 11 from Japan and four from Germany. Two Swiss companies and two South Korean companies are also among the suppliers.

China has a huge domestic 5G market and its efforts to accelerate construction of a nationwide network will bring opportunities to Huawei."