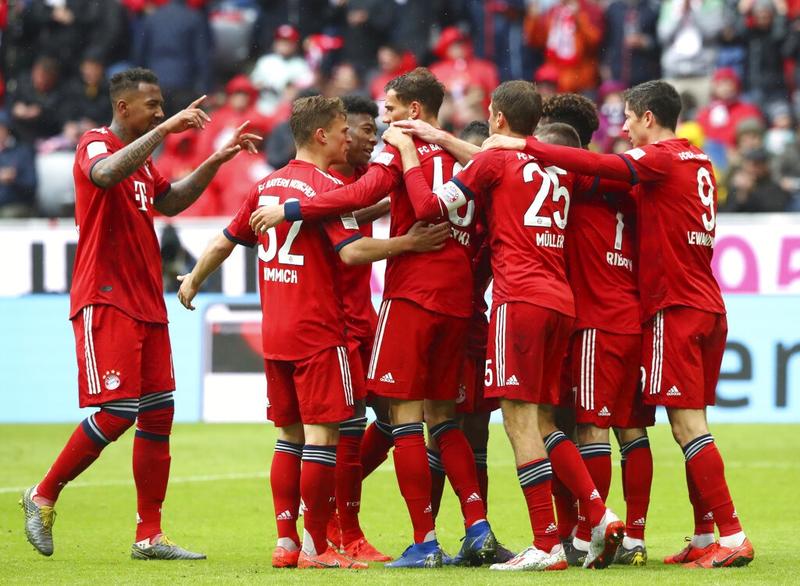 BERLIN — Bayern Munich won and moved to the verge of a record-extending seventh straight Bundesliga title on Saturday, while rival Borussia Dortmund blew a two-goal lead and drew at Werder Bremen 2-2.

Hannover would have lost by more had goalkeeper Michael Esser not produced a fine performance to keep Bayern at bay, but the side has only mathematical hopes of avoiding relegation after its 22nd defeat from 32 games.

Lewandowski and Goretzka gave Bayern a deserved 2-0 lead but Hannover was given a lifeline early in the second half when Jerome Boateng was penalized through VAR for handball despite being able to do little about it.

"It was a ghost penalty," Hannover coach Thomas Doll acknowledged.

Halftime substitute Jonathas scored the spot kick in the 52nd, then was booked for bundling over Sven Ulreich as he went to retrieve the ball. It was to prove costly for the Brazilian forward as he was booked again when his hand caught Joshua Kimmich in the face in a challenge. Jonathas was sent off after less than 10 minutes on the pitch.

Ribery sealed the result for Bayern in the 84th and there was further good news for the home side in the final minutes when Arjen Robben went on for his first league appearance since November.

"It should have been 4-0 at the break, then you have peace," Bayern coach Niko Kovac said. "Then out of the blue you have what counts as a penalty today. It was none from my point of view. But we did our homework." 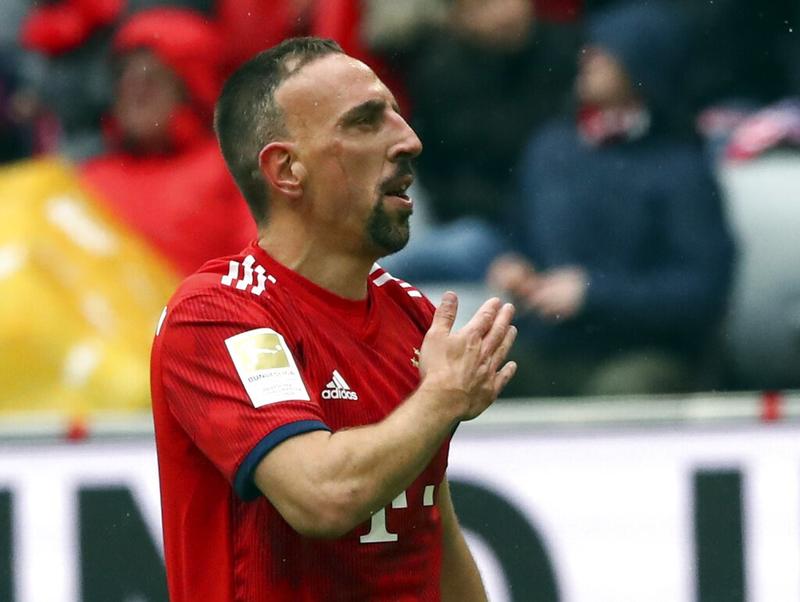 Dortmund, which lost at home to Schalke last weekend, was left frustrated again after dropping more points from what seemed a comfortable lead.

Christian Pulisic got the visitors off to an ideal start with a fine run and finish in the sixth minute, then Paco Alcacer made it 2-0 with a brilliant free kick before the break.

ALSO READ: Dortmund on verge of giving up, but Bayern then held to draw

But Kevin Moehwald pulled one back in the 70th and substitute Claudio Pizarro equalized five minutes later. The Peruvian veteran blew kisses as he celebrated, likely to his old friends at Bayern, where he played for two stints and has been offered a job upon his retirement.

"If we can help Bayern, why not?" Pizarro said with a smile. 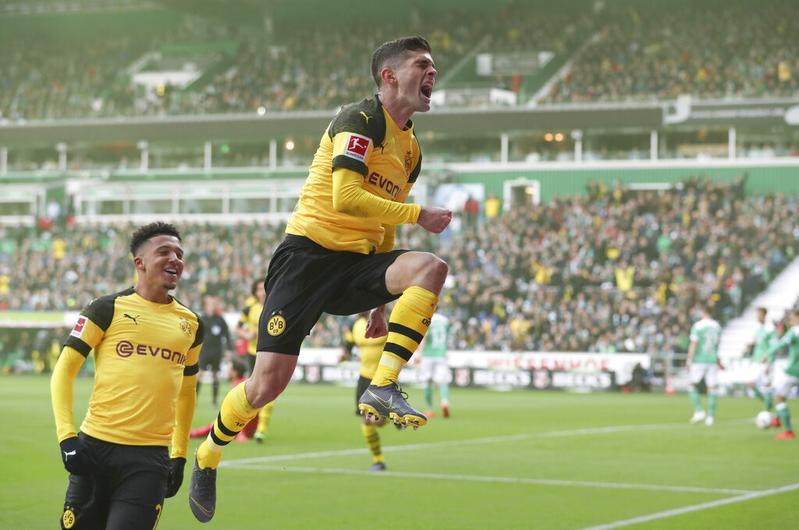 Borussia Dortmund's Christian Pulisic, center, celebrates after scoring a goal during the German Bundesliga soccer match against Werder Bremen in Bremen, Germany, on May 4, 2019. (FRISO GENTSCH / DPA VIA AP)

Like Hannover, second-to-last Nuremberg is likely to be demoted after losing at Wolfsburg 2-0. But the two teams' slim hopes were kept alive thanks to Stuttgart losing at Hertha Berlin 3-1.

Stuttgart, which holds the relegation playoff place, remained six points above Hannover and five above Nuremberg. Hannover and Nuremberg must win their remaining two games to maintain any hope of catching Stuttgart.

Also, Hoffenheim and Borussia Moenchengladbach drew 2-2. Hoffenheim would have taken the home side's fifth place with a win but had to be content with remaining seventh.