At least 2 killed in violence after Congo vote results announced

Residents celebrate in Kinshasa on Jan 10, 2019, after learning that opposition presidential candidate Felix Tshisekedi had been declared the winner of the elections. (JEROME DELAY / AP)

KINSHASA — At least two people were killed in the Democratic Republic of Congo (DRC) on Thursday as violence broke out after opposition candidate Felix Tshisekedi was declared winner of the presidential election.

In the western town of Kikwit, two people were shot dead and several were wounded during a demonstration against the interim election result

In the western town of Kikwit, two people were shot dead and several were wounded during a demonstration against the interim election results announced by the electoral commission on Thursday morning, according to an on-site report from the authorities.

The part of the country is the stronghold of Martin Fayulu, the candidate who came second after Tshisekedi.

In the cities of Kisangani and Goma, the police dispersed Fayulu's supporters who protested against the results.

Fayulu had rejected the results at a press conference held a few hours after the results were announced, saying the results have nothing to do with the truth at the ballot box.

According to the interim results proclaimed by the electoral commission, Tshisekedi, candidate of the Union for Democracy and Social Progress (UDPS), received more than 7 million votes across the country. Polls were not held in three cities for safety reasons. 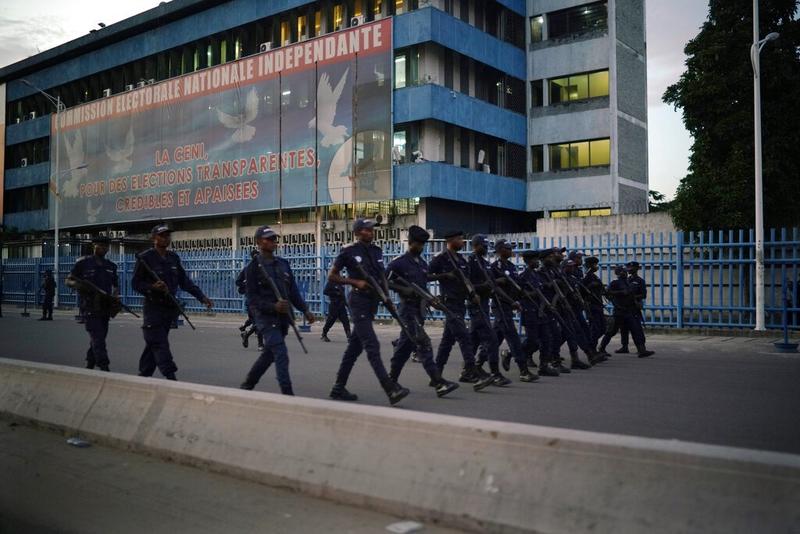 Tshisekedi ran ahead of Fayulu of the "Lamuka" coalition, and far ahead of Emmanuel Ramazani Shadary, candidate for the ruling coalition.

In a statement released on Thursday, the United States demanded the "clarification of questions which have been raised regarding the electoral count" while "urge all stakeholders to remain calm as the process continues."

UN Secretary-General Antonio Guterres called on all stakeholders to refrain from violence. The African Union has also stressed the need for all concerned stakeholders to consolidate democracy and to preserve peace

The results also drew doubts from France and Belgium.

French Foreign Minister Jean-Yves Le Drian on Thursday questioned the results of the election and believed that Tshisekedi's victory did not accord with what was seen on the ground.

However, Shadary, who came third in the results, has congratulated Tshisekedi via his spokeswoman.

The final results will be proclaimed in the coming days according to a new timetable after confirmation of these provisional results by the Constitutional Court in accordance with the DRC's national law.

UN Secretary-General Antonio Guterres called on all stakeholders to refrain from violence, according to a statement released on the UN website late Wednesday in New York.

The African Union on Thursday also stressed the need for all concerned stakeholders to consolidate democracy and to preserve peace.

Tshisekedi took over the UDPS presidency from his late father Etienne Tshisekedi, the first opposition leader in the DRC's history.

The DRC held presidential elections on Dec 30, 2018 and the results were scheduled to be announced on Jan 6. But the Independent National Electoral Commission (CENI) put off announcing the results due to problems with collecting data.