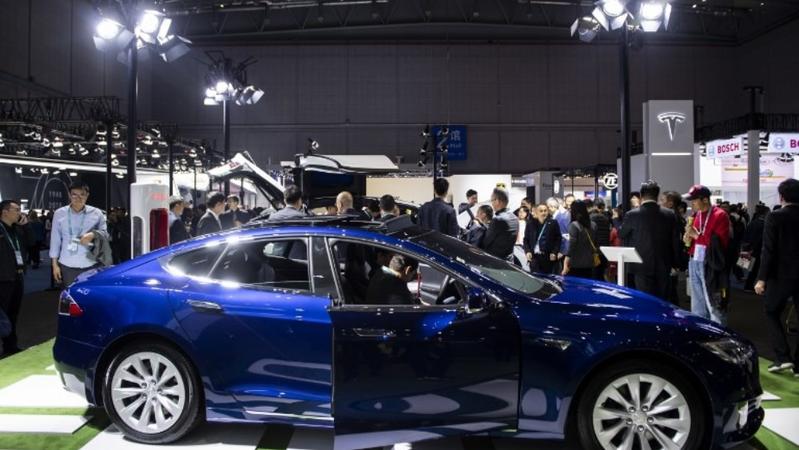 In this photo taken on Nov 6 2018, visitors look at a Model S car of electric-carmaker Tesla Motors at the first China International Import Expo (CIIE) in Shanghai. (JOHNANNES EISELE / AFP)

SHANGHAI/BEIJING — Tesla Inc on Monday will break ground for its Shanghai Gigafactory where it will begin making Model 3 electric vehicles (EV) by year-end, Chief Executive Elon Musk tweeted here ahead of the formal start of construction of the firm's first Chinese plant.

The US$2 billion factory marks a major bet by Tesla as the US electric vehicle maker looks to bolster its presence in the world’s biggest auto market where it faces rising competition from a swathe of domestic rivals and its sales have been hit by increased tariffs on US imports.

“Looking forward to breaking ground on the @Tesla Shanghai Gigafactory today!” Musk wrote in a post on Twitter.

Tesla has been pushing forward its plans for the plant after it secured the site in October, hiring staff, starting procurement for building materials and setting up a financial leasing company in the city.

The so-called Gigafactory would also be China’s first wholly foreign-owned car plant, a reflection of China’s broader shift to open up its car market even amid a whipsawing trade war between Washington and Beijing. 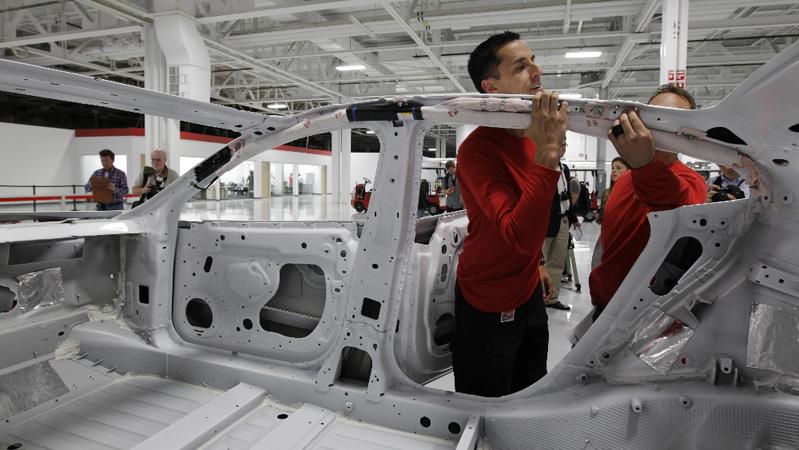 In this undated photo, a worker inspects a Tesla Model S at the automaker's factory in Fremont, California. (PHOTO / AFP)

Tesla plans to produce its Model 3 and Model Y cars in the initial phase of production at the Shanghai plant, with an annual capacity of 250,000 vehicles.

“Shanghai Giga production of Model 3/Y will serve greater China region,” Musk added in another one.

Tesla has said it aims to produce its Model 3 mass-market car from 2019 at the new plant. The Shanghai government said in a statement its mayor Ying Yong urged the firm to “accelerate” work on the factory and said production would start to some degree in the second half of 2019 during a land visit in December last year.

China is the largest market for electric vehicles, and most forecasters predict EV sales in the country will accelerate rapidly as government regulation drives toward a goal of 100 percent electric vehicles by 2030.