Shanghai urged to step up work on maglev trains 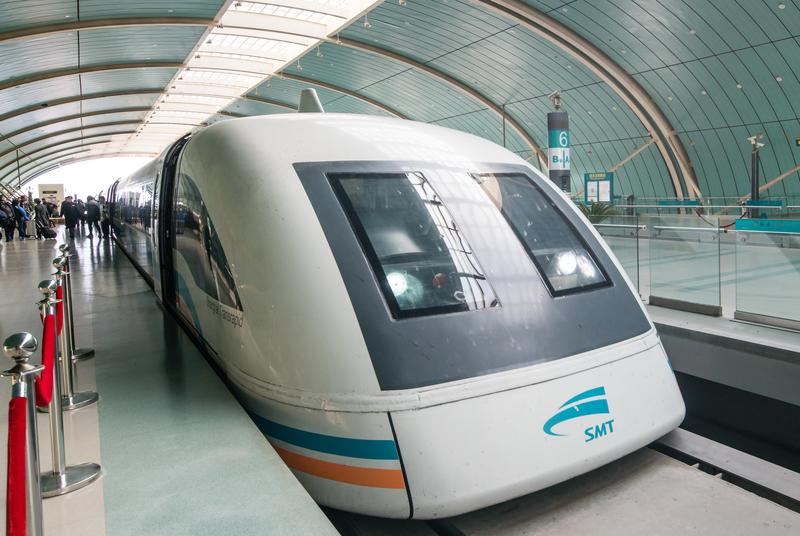 This undated photo shows a maglev train in operation in Shanghai. (PHOTO PROVIDED TO CHINA DAILY)

A national legislator has suggested that Shanghai, which operates the world's first commercial maglev line, should accelerate experiments and improve its technology to maintain a continuous advantage in this respect internationally.

A new round of technological competition in maglev trains is going on globally, and a number of countries are speeding up the development of maglev train technologies, said Wu Guanghui, a deputy to the National People's Congress and vice-president of State-owned and Shanghai-based aerospace manufacturer Commercial Aircraft Corporation of China, on the sidelines of the ongoing annual session of the national legislature in Beijing.

Japan is constructing a maglev train line between Tokyo and Nagoya, which is scheduled to become operational in 2021 and the journey will take only 40 minutes, said Wu, who is also an academician with the Chinese Academy of Engineering (CAE).

"Many foreign technology suppliers are focusing on maglev trains and some are trying to offer new maglev plans for Shanghai," he said.

Even Tesla CEO Elon Musk has shown great interest in providing a plan for an underground maglev route in Shanghai when the company signed a cooperation memorandum on the Tesla Shanghai Gigafactory with the Shanghai government last year, Wu said.

"He claimed that the technology is being experimented in Los Angeles and Seattle," Wu said.

Shanghai has been operating a maglev train line based on Sino-German technical cooperation between a metro station in Pudong new area and Pudong International Airport since 2006. The 30-km journey takes roughly eight minutes with the train running at a maximum speed of 430 km an hour.

Wu suggested a maglev route from downtown area of one city in the Yangtze River Delta region to that of another, for example, from downtown Shanghai to downtown Hangzhou, capital of Zhejiang province.

"Shanghai-based Tongji University has mastered the technology to design maglev trains that can run at the maximum speed of 550 km an hour," Wu said.

"This means that a maglev ride will only take half an hour to run from downtown Shanghai to downtown Hangzhou, which will significantly promote the national strategy of the integrated development of the Yangtze River Delta region," he said.

Shanghai can also consider an underground maglev line from the downtown area to Pudong's Lingang area, the city's smart manufacturing base, to accelerate the development of the area, Wu suggested.

A report on the website of the CAE showed that a meeting attended by 90 domestic experts to launch a research project on a new generation of maglev technology was held in Beijing in December.

CAE Vice-President He Huawu said that the project would organize advantageous resources in the country to carry out strategic, comprehensive and forward-looking research on a transportation model combining maglev technology and a low-pressure vacuum environment.