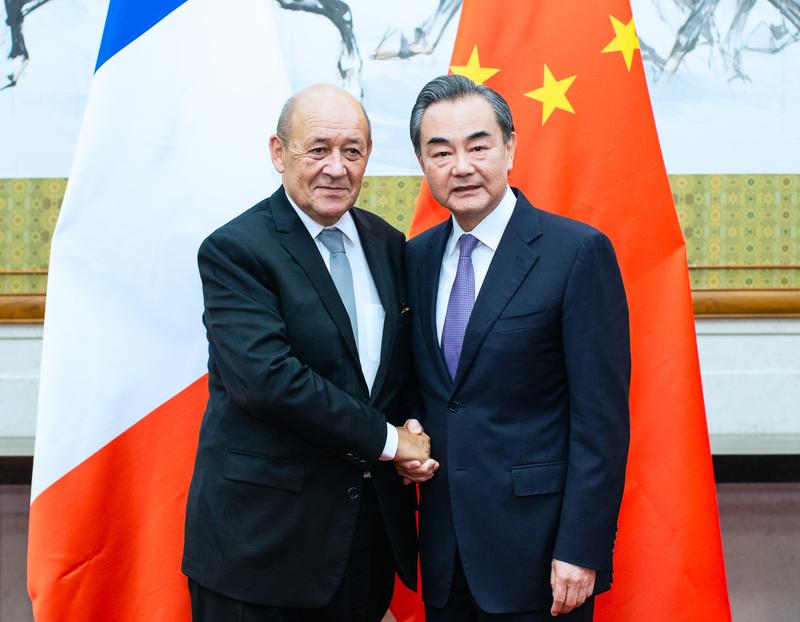 China and France agreed on Thursday to safeguard multilateralism and promote the reform of international institutions such as the World Trade Organization.

The visit is Le Drian's fourth since he became foreign minister. He will co-chair the 25th meeting of the Joint Committee of China-France Trade and Economic Cooperation with Minister of Commerce Zhong Shan on Friday.

The two countries should strengthen strategic communication and coordination to maintain the free trade system, multilateralism and the existing international order

Wang noted that the two countries will strengthen cooperation under the framework of the United Nations and tackle global challenges like the Iran nuclear issue, climate change and the reform of the WTO.

China supports efforts to reform and improve the WTO to make it more fair, effective and reasonable, Wang said, adding that reforms should honor the core value of the organization and protect the legitimate interests of developing countries.

The reforms should also uphold the spirit of consensus, as well as listen to and respect the will of developing countries, he added.

China is happy to see France play a positive role in this process and will maintain communication with the country, he said.

Wang said that the two countries will explore cooperation in expanding third-party markets and promote the construction of the Belt and Road Initiative to better align with the implementation of the Paris Agreement and the 2030 Agenda for Sustainable Development of the United Nations.

China will work with France to promote high-quality green and sustainable practices, he said.

The current international situation is facing many crises, he said, adding that France and China play important roles in solving international problems.