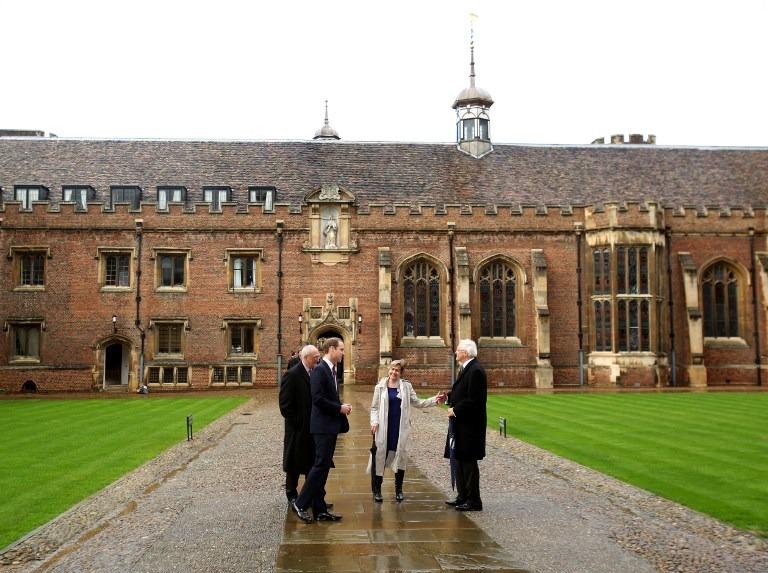 I see great potentials in educational exchanges between China and the UK, and of course we should do more

At the opening ceremony of 2018 China-UK Global Education Summit, the college master, Christopher Dobson, said the college, among all the 31 affiliated colleges of Cambridge, reached the very first educational exchange agreement four years ago with Chinese universities and he would like to see more cooperation of this kind in the future.

He said that the college, founded in 1511, has a "long and distinguished tradition of teaching Chinese and supporting Chinese studies."
"Under the current exchange scheme, we offer students chances to visit China for two weeks, to benefit from academic lectures, focusing on Chinese culture, history, medicine, science and technology," he told the meeting which was attended by over 60 scholars and university representatives from both countries.

Matthias Morrzapf, director of international programs of St. John's College, told Xinhua that the college currently runs two exchange programs with Chinese institutions, one with Shanghai Jiao Tong University and the other one with Xiamen University.

He believes that these exchange programs, both long-term and short-term, could help young talents learn different ideas, broaden their horizons and arouse new interest in study and career.

"I see great potentials in educational exchanges between China and the UK, and of course we should do more," said Morrzapf.
During the two-day forum, co-hosted by St. John's College and the China UK Development Center (CUDC), delegates from the two countries' educational institutions discussed potentials and problems in students' exchange programs, academic training programs and international research cooperation.