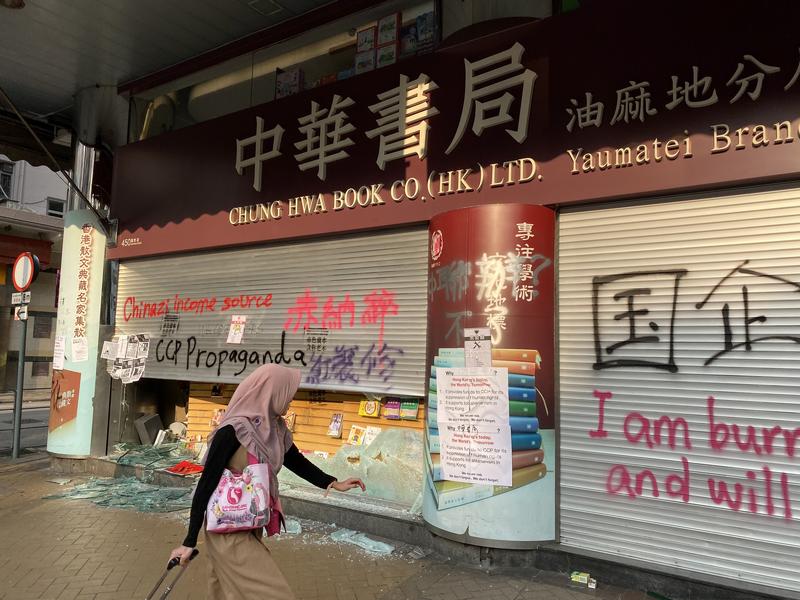 The wanton destruction of property in Hong Kong by violent radicals on Sunday has “scared” and “saddened” people in the city.

If you don’t like made-in-China products, you can throw what you have at home away as almost everything is made in China now. But you have no right to break into other people’s shops ... Seeing what it has become, nobody is happy

Residents and tourists shared their feelings with China Daily on Monday after the weekend unrest.

Walking down Nathan Road, one of the main thoroughfares in central Kowloon, China Daily reporters saw many cleaners sweeping up broken glass and scrubbing graffiti from walls and windows on Monday morning. There were few tourists to be seen.

Almost all traffic lights along the six-lane road were out of service, and traffic was chaotic, with pedestrians and vehicles vying to move ahead.

With extensive damage to three major subway stations — Mong Kok, Yau Ma Tei and Tsim Sha Tsui — many passengers, both morning commuters and tourists, had to try their luck at finding station entrances that were still open on Monday. Passengers had to line up to exit Tsim Sha Tsui station, as only four of 11 entrances remained functional.

Australian tourist Sophie Norr said she had to walk from Tsim Sha Tsui to Jordan after failing to find any passable entrances at Tsim Sha Tsui.

Norr, 20, said she was “scared” to see rampaging protesters, and that she had scrapped her plans to tour the city on Sunday. She described the acts of trashing subway entrances and facilities as “insane” and felt sorry for those tasked with carrying out repairs.

Unable to open for business on Monday was a flagship store of Xiaomi, a Chinese mainland tech company, that was almost burned down over the weekend by protesters. Branches of many banks were still undergoing repairs and were only able to offer limited services Monday morning. 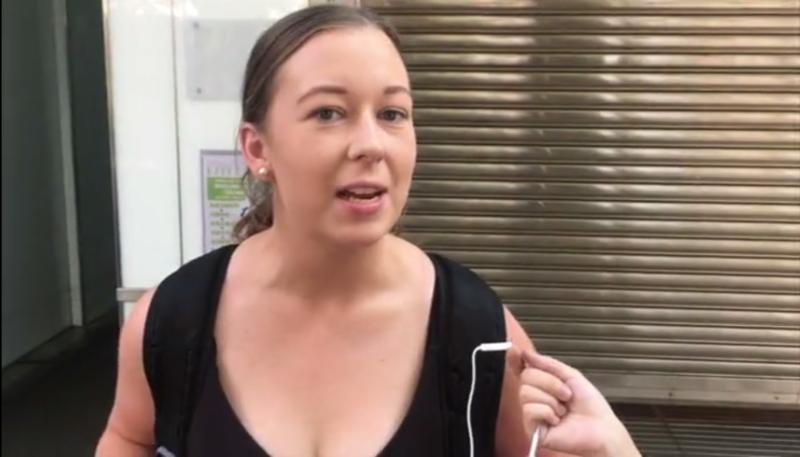 Alex Mo, a 30-year-old who works in finance, took the initiative to take down posters put up by demonstrators on his way to work. Mo said he was “furious and saddened” to see the extensive damage done by violent radicals. He doubted that vandalizing shops had anything to do with the quest for democracy and freedom. “They are thugs,” Mo said.

His opinion was echoed by a clerk in her fifties who disapproved of damaging shops due to anti-China sentiment.

“If you don’t like made-in-China products, you can throw what you have at home away as almost everything is made in China now. But you have no right to break into other people’s shops,” she said. “After all, we all live in the same place. Hong Kong is our home, beautiful and neat. Seeing what it has become, nobody is happy,” she said.

The Hong Kong Police denounced the vandalism. In a statement early Monday, the police said no violent behavior would be tolerated.