Li bows out with no-nonsense flair 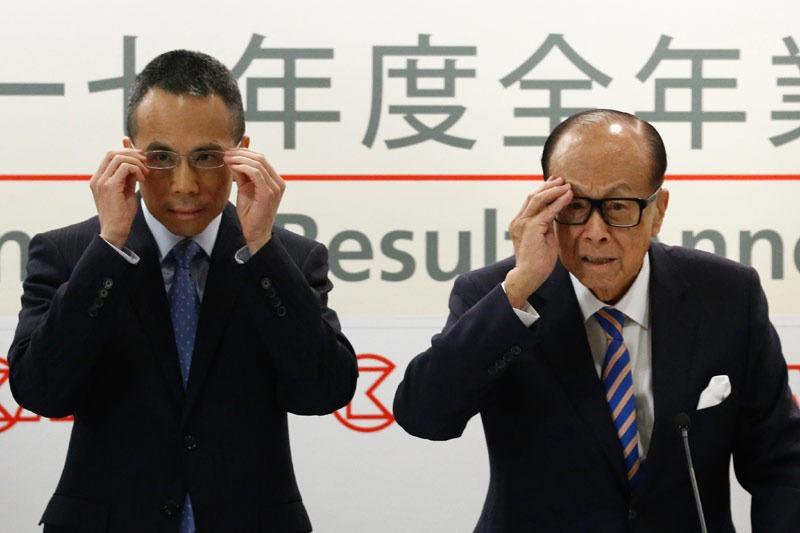 One of the biggest events in the city, Hong Kong’s richest man Li Ka-shing’s annual result announcement, was even more charged with excitement this year – with the tycoon deciding to retire a few months prior to his 90th birthday in July.

Scheduled to start at 4:30 pm on Friday, the press conference was delayed by 30 minutes – after which members of the press who had been queuing for several hours finally jostled their way to the entrance of a small conference room in Li’s Cheung Kong Center in Central.

They were there to hear about the business performance of the tycoon’s empire, which has global interests covering ports, retail, telecommunication and property in over 50 countries.

Unlike most such events, where the CEO makes a florid speech giving an overview of the year’s results, for years Li has skipped right to the Q&A session as soon as everyone is seated.

Finance reporters’ questions often deviate from Li’s assets, business strategy and economic views to cover topics such as how young people in the city can pursue the dreams while they can’t afford a house, why Hong Kong hasn’t produced another Li Ka-shing, or what the future might hold for the city.

Li is apt to take any kinds of questions from the press, with answers ranging from whether he would take a high-speed train to the mainland once the line is completed (he would), to why we should criticize the chief executive less (“to judge is easy, to do it hard”).

Sometimes he comes across as your average grandpa making an earnest suggestion: “If your girlfriend said she wouldn't marry you before you can buy a house, you’d better quickly find another girlfriend while you are still young.”

It felt like the end of an era, as the last annual result of listed companies in Hong Kong that is more about life than business, wrapped up. Li is handing the reins to his son, Victor Li Tzar-kuoi.

“It’s bliss for me to have had the opportunity in my life to create Cheung Kong group, that can benefit both the shareholders and the society,” the 89-year-old said. Then he stood up slowly, trembling slightly, and took a deep bow.

His shareholders have certainly benefited: If a retail investor purchased one share of Cheung Kong Holdings at the price of HK$3 in 1972 when the company listed and held it till today, the value would have increased more than 1,500 times.

Regarding his contribution to society, he laughed off suggestions his big asset sell-offs in the mainland and Hong Kong were “ungrateful”, saying such comments were made by people lacking “basic economic sense”.

At the end of the press conference, he stepped down from the stage and offered to take selfies with the reporters, joking, “I am grateful the press has been nice to me – most of the time.”

Before exiting the press conference with his considerable entourage, Li took a final question: Would he be sad to part with the empire he built from scratch?

“I started working at 12, and now I am 90. It has been a very long time and I don't think I will miss it,” he said. Facing the audience, Li clasped his clenched hands to his chest – a fist salute to show gratitude in traditional Chinese martial art. Then he stepped out.