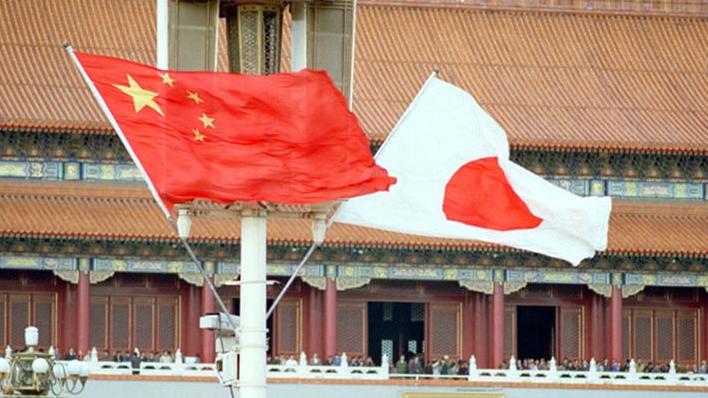 This undated photo shows national flags of China and Japan. Trade ministers of China and Japan pledged to further enhance bilateral economic and trade cooperation during their meeting in Tokyo, Japan on April 15, 2018. (PHOTO / XINHUA)

TOKYO - Trade ministers of China and Japan pledged to further enhance bilateral economic and trade cooperation during their meeting here on Sunday.

According to the congress, China will push for a new phase of all-around opening up and promote building a community of shared future for mankind

Chinese Minister of Commerce Zhong Shan said that the Communist Party of China (CPC) decided at its 19th National Congress to establish 'Xi Jinping Thought on Socialism with Chinese Characteristics for a New Era' as the party's guiding ideology, and drew a blueprint for turning China into a great modern socialist country in all respects.

According to the congress, China will push for a new phase of all-around opening up and promote building a community of shared future for mankind, he said.

Chinese President Xi Jinping unveiled new measures for expanding China's reform and opening-up at the Boao Forum for Asia annual conference, which will surely provide great opportunities for development of pragmatic economic and trade cooperation between China and Japan, he added.

Zhong pointed out that since leaders of China and Japan achieved important consensus on improving and enhancing bilateral relations last November, China and Japan's economic cooperation has showed momentum of looking up.

Bilateral trade between China and Japan rallied to US$300 billion in 2017, with Japanese investment in China rebounding with a faster pace, and Chinese investment in new economic models in Japan such as cross-border e-commerce, mobile payment, and sharing economy also increasing, and the number of tourists to Japan from Chinese mainland reaching 7.3 million, up 15 percent year on year. 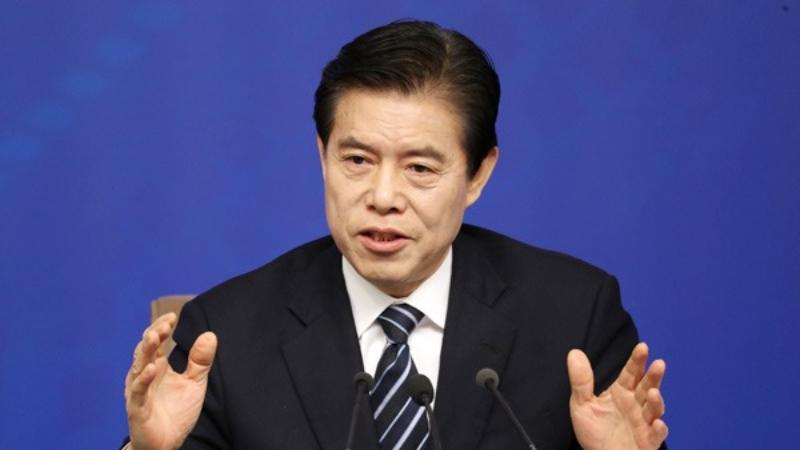 As this year marks the 40th anniversary of China's reform and opening up as well as the 40th anniversary of the signing of the China-Japan Treaty of Peace and Friendship, the two sides should implement the consensus reached between their leaders, and bring into full play the role of bilateral trade and economic cooperation as ballast stone and propeller in bilateral relations, he said.

First, actively implement the important consensus between leaders of the two countries on conducting third-party market cooperation under the framework of the Belt and Road Initiative.

Third, enhance cooperation in areas such as high-end manufacture and innovation.

Japanese Minister of Economy, Trade and Industry Hiroshige Seko, for his part, said that Japan acclaimed the new measures for expanding China's opening-up announced by President Xi Jinping at Boao. 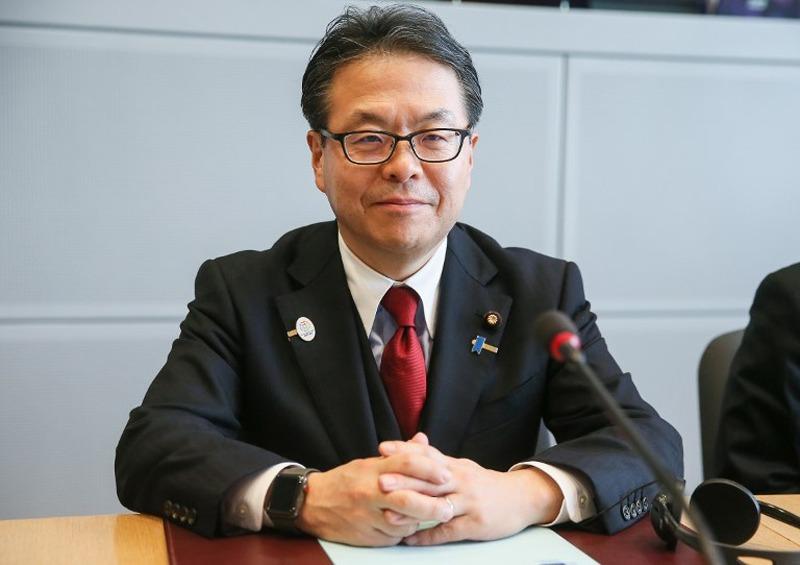 Japan's Economy Minister Hiroshige Seko poses at the begining of a meeting with European Commissioner for Trade and US trade representative for talks after US President imposes tariffs of 25 percent on steel and 10 percent on aluminum, on March 10, 2018 at the European Commission headquarters in Brussels. (STEPHANIE LECOCQ / POOL / AFP)

Japan is willing to discuss with China on jointly exploring third-party markets, to deepen cooperation with China on areas such as high-end manufacture and trade in service, to push forward negotiations on China-Japan-South FTA, and to push for RCEP negotiations to make substantial progress within the year, he said.

Japan is also willing to actively safeguard multilateral trade system as it believes that trade protectionism will benefit none, and will enhance cooperation with China under the framework of World Trade Organization (WTO), he added.

He also said that Japan will actively organize its enterprises to take part in the CIIE, and exhibition area of Japanese enterprises is expected to reach 10,000 square meters.  Enditem