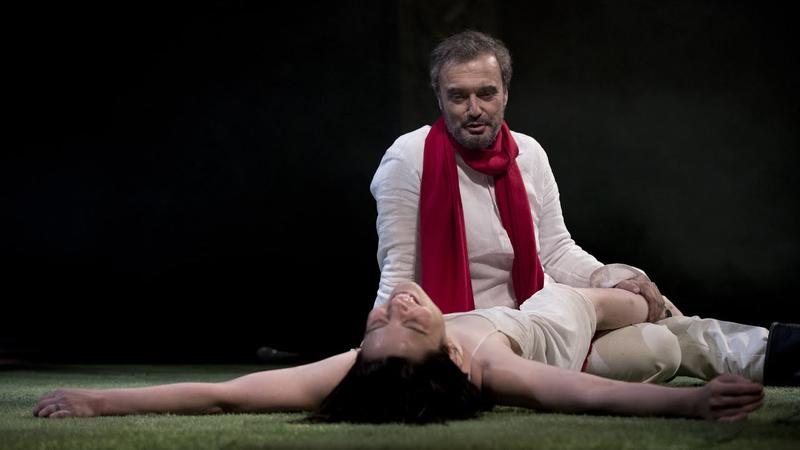 The Macedonian National Theatre will stage a production of The Seagull on Jan 21 as part of the ongoing 20th Meet in International Beijing Arts Festival. (PHOTO PROVIDED TO CHINA DAILY)

When Russian writer Anton Chekhov's play, The Seagull, premiered on Oct 17, 1896, at the Alexandrinsky Theatre in St Petersburg, it was more of a lame duck than the soar away success its creator had hoped it would be.

A total failure, the response left Chekhov disappointed. However, two years later in 1898－under the directorial eye of the great Konstantin Stanislavski－Moscow Art Theatre produced the play again to wide acclaim. This success led to adaptations of the writer's subsequent three plays, Uncle Vanya, Three Sisters and The Cherry Orchard, and finally gain Chekhov the onstage recognition he deserved.

For Chinese audiences, The Seagull is arguably the best known of the writer's works. It was adapted by the Beijing People's Art Theater in 1991 with a translation by Chinese scholar Tong Daoming. Gathering a venerable cast of veteran Chinese actors, including Pu Cunxin, Xu Fan and Yang Lixin, the play was directed by Oleg Efremov, the chief director of Moscow Art Theatre. It was so well received that it is still being staged to this day.

On Jan 21, a production of The Seagull by the Macedonian National Theatre－which was founded in 1945 and is the country's oldest and largest theater institution－will make its debut at Beijing's Poly Theater.

Directed by the promising young Macedonian director, Nina Nikolikj, it premiered at the Macedonian National Theatre on Dec 18, 2018. All of the original cast members will perform in Beijing, including Zvezdana Angelovska, Nikola Ristanovski and Petre Arsovski. 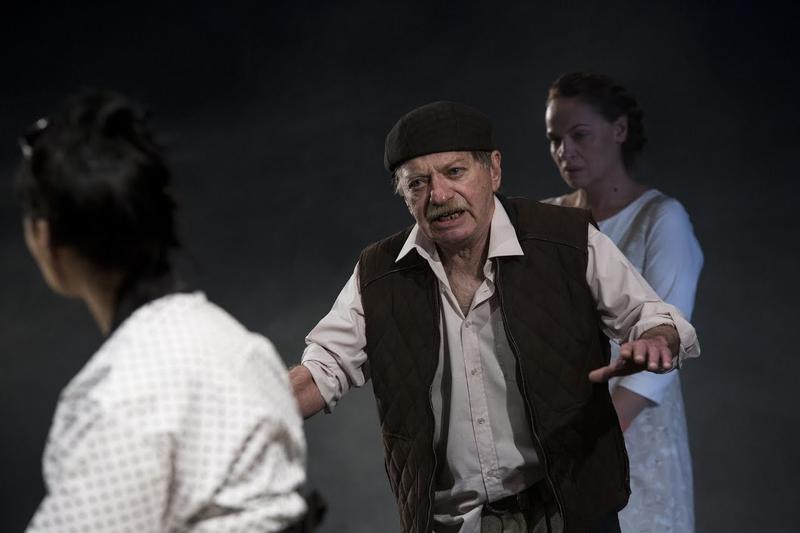 The Macedonian National Theatre will stage a production of The Seagull on Jan 21 as part of the ongoing 20th Meet in International Beijing Arts Festival. (PHOTO PROVIDED TO CHINA DAILY)

The performance will be one of the highlights of the ongoing 20th Meet in Beijing Arts Festival, which runs from Jan 6 to Feb 4, which sees over 700 artists from 11 countries gather in the capital.

In the Macedonian National Theatre's version, The Seagull dramatizes the romantic and artistic conflicts of four characters: the famous middlebrow story writer Boris Trigorin, the ingenue Nina, the fading actress Irina Arkadina, and her son, the ambitious playwright Konstantin Treplev. Set in the Russian countryside at the end of the 19th century, the characters are dissatisfied with their lives. The director tells the story in a contemporary way, attempting to convey to the audience that, despite being created more than 120 years ago, the characters are not much different from people today.

"Chekhov's plays are about life, which is pure, cruel and concentrated. It happens everywhere, in all languages and at any time," says director Nikolikj. "Some critics view The Seagull as a tragic play about eternally unhappy people. However, others see it as a humorous, albeit bitter, satire that pokes fun at human folly."

"Some consider The Seagull as a guide book that provides information about what kind of theater productions we should make. Great authors do not feel the egoistic need to change the world. Instead, they only write down their own views. Life is what they want to teach us. That is why Chekhov is present always and everywhere," wrote the dramaturge, Dragana Lukan Nikoloski, on Dec 4, 2018, before the production's premiere.

Rather intriguingly, the premiere of The Seagull by the Macedonian National Theatre happened to take place on the same date as that Stanislavski adaptation by Moscow Art Theatre in 1898－something Nikoloski insists was completely unplanned and purely coincidental. That may well be, but given the production's warm reception so far, it has certainly proved auspicious.