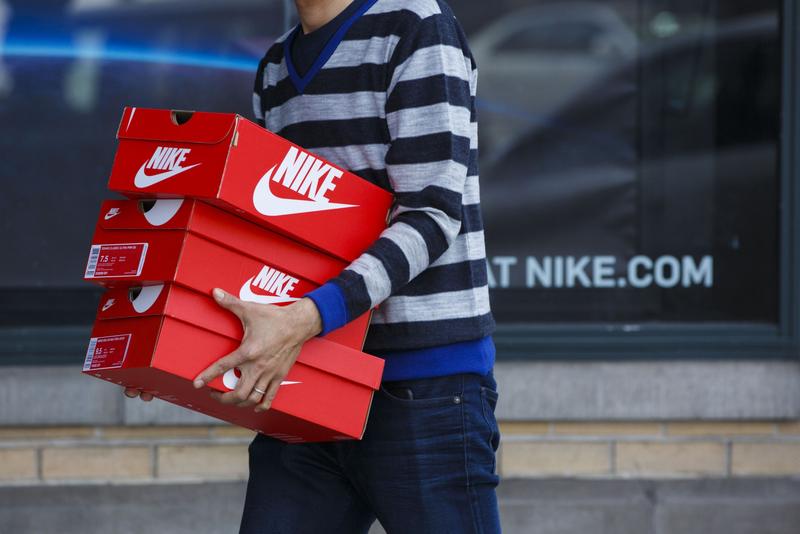 Nike Inc, Adidas AG and other footwear companies urged US President Donald Trump to reconsider his tariffs on shoes made in China, saying the policy would be “catastrophic for our consumers, our companies and the American economy as a whole.”

In all, 173 companies signed an open letter to the US president, dated Monday and posted on the industry trade association’s website. “On behalf of our hundreds of millions of footwear consumers and hundreds of thousands of employees, we ask that you immediately stop this action,” the group said.

On behalf of our hundreds of millions of footwear consumers and hundreds of thousands of employees, we ask that you immediately stop this action

The protest comes as US-China trade tensions escalate and Trump threatens to impose tariffs as high as 25 percent on Chinese goods -- including all types of footwear, from sneakers to sandals. While the industry has moved production away from China in recent years because of rising wages, shifting trade policies and a desire to make more goods at home in the US and Europe, the Asian country remains a shoe giant.

Adidas, for example, sourced just under one-fifth of its 409 million pairs last year from China -- putting it third behind Vietnam and Indonesia. Most production sites are run by independent manufacturing partners.

The German company made 3 percent of its shoes in Europe and the Americas, where it has set up two new “ speed factories” that use robots to churn out high-end shoes in a single day rather than rely on the weeks or months needed to shuttle components among different suppliers. Still, the vast majority of Adidas’s sneakers, apparel and sports equipment gets made in Asia -- and probably will for a long time to come.

READ MORE: US jobs, economy to be hurt by trade war

Tariffs are an especially touchy subject within the footwear industry because shoe companies already pay some of the highest duties in the US, thanks to longstanding tariffs that in some cases surpass 30 percent.

And this isn’t the first time the industry is feeling the impact of Trump’s trade policies. The recent pivot toward Vietnam production was in part in anticipation of the Trans-Pacific Partnership, which would have allowed duty-fee exporting to the US. Then Trump exited those negotiations.

The US shoe industry’s trade association, the Footwear Distributors and Retailers of America, estimates that the tariffs would cost US customers an additional US$7 billion per year. The companies said in their letter that those costs would disproportionately affect working-class individuals. “Your proposal to add tariffs on all imports from China is asking the American consumer to foot the bill,” the letter said. “It is time to bring this trade war to an end.”

The letter was also sent to Treasury Secretary Steve Mnuchin, Commerce Secretary Wilbur Ross and National Economic Council director Larry Kudlow. It followed last week’s list from the US Trade Representative’s office of about US$300 billion worth of products that could see higher import duties, including all types of footwear. 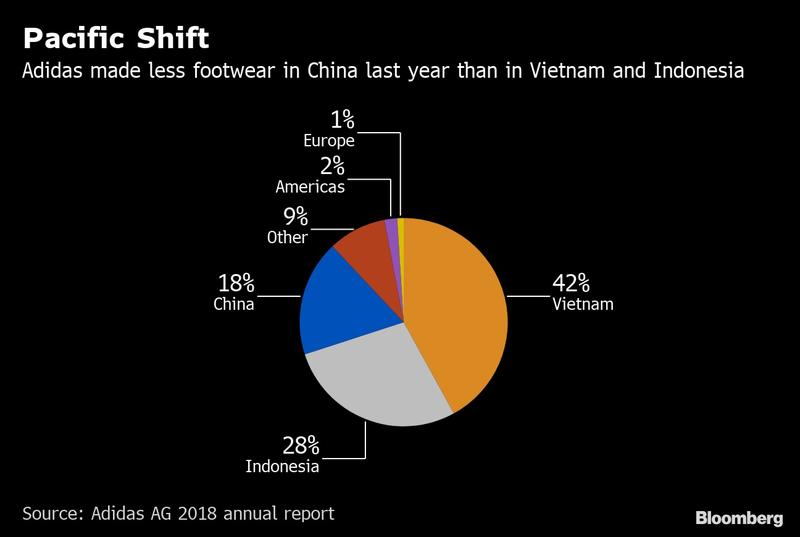 Trump has repeatedly stated that China would pay the tariffs -- something his critics say is misleading or wrong. Earlier this month, Kudlow said that “both sides” will pay.

The US shoe industry’s trade association, the Footwear Distributors and Retailers of America, estimates that the tariffs would cost US customers an additional US$7 billion per year

“As an industry that faces a US$3 billion duty bill every year, we can assure you that any increase in the cost of importing shoes has a direct impact on the American footwear consumer,” according to the letter.

That sentiment has been echoed around the industry. “We don’t make enough to absorb that,” said Michael Jeppesen, president of global operations for Wolverine World Wide Inc, which also signed the letter. “The only way it can is to be passed onto the consumer.”

Some companies that anticipated trade tensions, however, see opportunity as demand for sportswear booms in China. Puma SE has moved production to countries including Vietnam and Bangladesh -- while continuing to churn out products in China for that country’s consumers, CEO Bjorn Gulden said on an April 26 call.

“To be honest, the trade war between China and the US is a little bit of a gift,” Gulden said. “We can produce targeted products for the Chinese market in China, which saves for duty and other costs.”

ALSO READ: US industries urge against US tariffs on Chinese imports

The companies in the letter vary in their reliance on China. Nike, for example, made about one-quarter of its apparel and footwear in China in fiscal 2018. Puma sourced 24 percent of its products from China, compared with 32 percent from Vietnam. And while Skechers USA Inc makes around 65 percent of its goods in China, not all of those products are destined to be sold in the US.

Under Armour Inc, which also signed the letter, gets about 18 percent of its products from China -- down from 46 percent in 2013. The company’s goal is to lower that number to just 7 percent by 2023.