Editor’s note: Sports and the fitness sector are the latest to benefit from the rapid technology advance worldwide. A Hong Kong startup aims to play a key role using artificial intelligence in the region’s sport tech development. 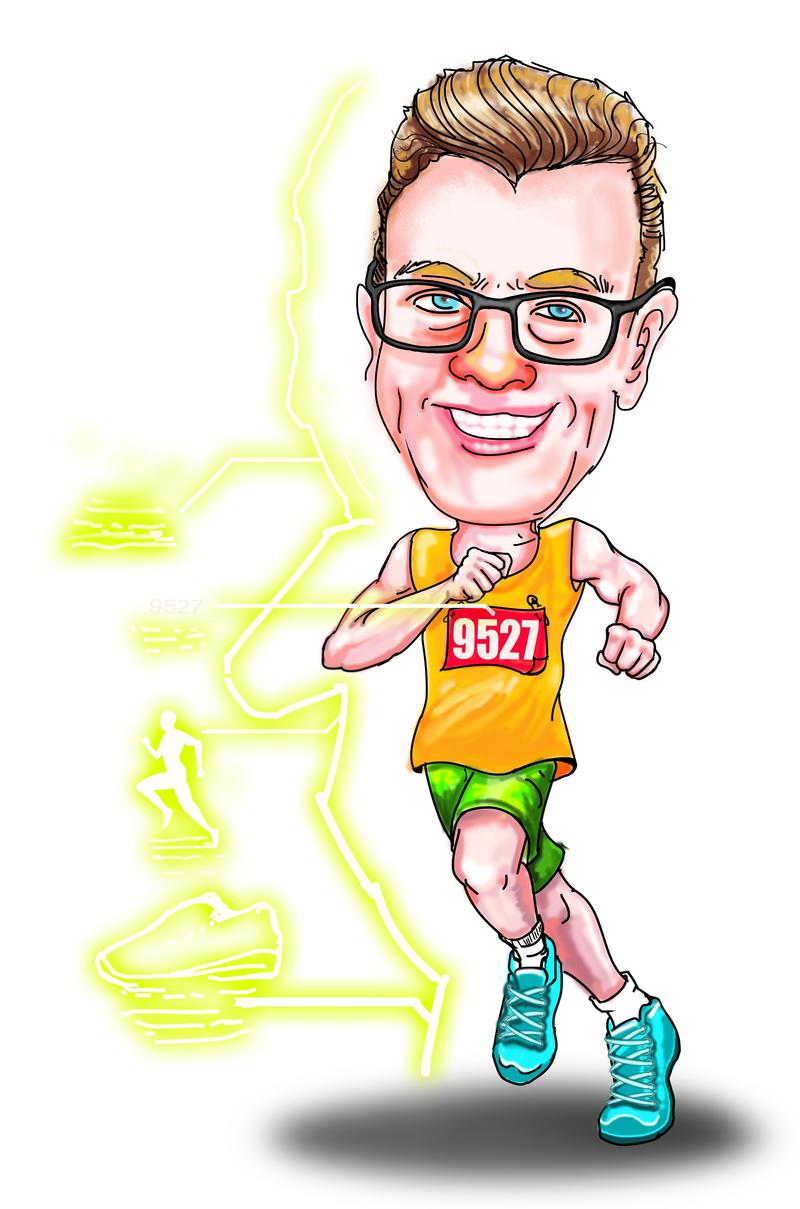 Technology knows no boundaries as artificial intelligence has encroached the sports arena with a wealth of data on athletes being collected that could help lift and upgrade their experience in marathons.

Hong Kong startup Miro has gone into the fitness industry by applying computer vision AI solutions to recognize marathon runners from their license plates and analyze their body motions.

Artificial intelligence in China could start to lead sport tech, and we want to be part of that

Before Miro was set up in 2017, Host had been building up dataset of sports bibs for some six months by collecting photos of races from a bunch of companies. “Like Hong Kong-based Asia Sport Connection whom we’re still working with, they also handle sporting events in South Korea and Southeast Asia,” he says.

Miro now has about 8.5 million bibs in the system with an average of four digits in each bib, making a total of more than 32 million digits.

By applying the computer vision AI system and trained networks, Miro sorts out photos of each athlete by the bibs they’re wearing within seconds.

“Most other systems don’t have that large database and go through the process like we do, and this process is what our intellectual property is,” says Host.

Miro trained the system to look into the bibs digit by digit and be able to recognize plates with more than four digits, including those that are partially covered or blurred.

To date, Miro has recognized about 7.7 million athletes taking part in marathons, cycling and triathlon events, providing them instant photos and videos from about 400 races across the United States, Asia and Europe.

“We started with bibs and we’re trying to make sure we are the best company doing this. In exchange, we get awesome body data that allow us to do the stuff with retail brands,” Host says.

Besides reading bibs, Miro uses the structured body dataset to detect brand preferences and analyze the body in motion.

For each runner during a marathon, there will be about 25 pictures and five to six minutes of footage being taken in which Miro partitions the body into 14 different segments and uses their trained AI models to look for shoe brands, accessories, fitness trackers and other brands on athletes’ garments.

“The clothing is form-fitting, the motion is pretty consistent, and every athlete is wearing a license plate, and that allows us to automatically collate all the different angles of human body for each of our participants,” says Host.

To fill in the blank of unknown brands in the database, Miro cooperates with an Indian company MindCraft, which helps to recognize and send the data back to Miro’s AI model.

Miro produces reports based on the analysis, and sells them to sports brand companies like Nike, Columbia and The North Face, to help them know their customers and optimize their products.

On the other hand, Miro looks at athletes’ form to help them avoid injuries with 10 to 15 different computers in the lab to produce the results by cooperating with medical professionals and therapists in Australia and Kaohsiung for feedback on injuries the athletes might have.

“What we show to the professionals are the angles of the foot streak, like the heel or front foot streak, and the gait,” says Host. “The feedback we give to athletes is ‘you may want to see this position, you may want to adjust your gear’,” he adds.

Two months ago, Miro started the testing to build a profile for every single runner about their preferred sports brand and running habits. “When I show this to people in the marathons, they get really excited,” says Host. He aims to provide more benefits to athletes and help them in the process.

Earlier this year, Miro threw its first race in Shanghai on the Chinese mainland. “There are lots of new brands and the brands that look similar, and one of the reasons we’re so excited to be in China is that it’ll make our AI even smarter.”

Unlike the US or Europe with established markets for running races, the growth is limited. Host believes Southeast Asia and China are emerging markets with great potential in the fitness industry.

“Chinese runners are becoming more serious in running, and most of them are now flying to neighboring countries for marathons,” says Host, who’s upbeat about China’s fitness business as the mainland government has put a lot of efforts into the sports industry.

According to General Administration of Sport of China, as of November last year, 1,072 marathons had been held nationwide with more than 5.3 million participants.

“We’re excited about what we are doing and want to be in those areas. Artificial intelligence in China could start to lead sport tech, and we want to be part of that,” says Host, who sees Miro as one of the earliest companies in sport tech, especially AI fitness in the Greater China region.

This year, Miro expects to add 20 million more fitness competitors in the database and focus on the brand analysis commercially, as well as the analysis of athletes’ form, gait or injuries. Moreover, the company plans to tap into the home gym and fitness gym markets to help these companies optimize the service with the visual data analysis.

According to Host, Miro is about to close a round of funding with investments coming from Hong Kong, the US, Australia and Singapore.