Decision to cancel household status put on hold in Shanghai 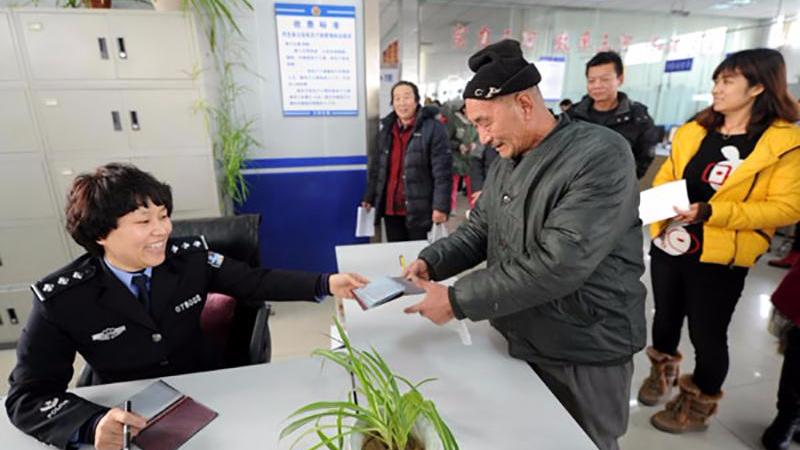 A man's hukou, or household registration, is transferred at a government service center in Sanhe, Hebei province. (LI XIAOGUO / XINHUA)

Chinese people who live abroad and have not renounced their Chinese citizenship can keep their Shanghai hukou (household registration) intact - at least for now - according to the Shanghai Public Security Bureau.

Updated regulations on the registration system take effect on May 1.

The announcement was made by the bureau on Sunday, after publication of the updated regulations two weeks ago raised public concerns.

A clause required those living outside China or those who have renounced their Chinese nationality to report to the bureau and give up their hukou within one month after the regulations take effect.

The latest announcement said the cancellation of hukou has been put on hold for overseas residents because there is no specific legal definition of the group under China's Exit and Entry Administration Law.

Zhuang Liqiang, the Shanghai bureau's spokesman, responded to questions from China Daily on Monday saying there is no timetable for defining the affected group.

A statement issued by the State Council's Overseas Chinese Affairs Office in 2009, however, identified overseas residents as those who have settled abroad for more than 18 months within two years.

Although the bureau emphasized in an earlier clarification last week that the requirement has been in effect since the first regulations were published in 2003, major concerns and controversies have arisen over the past week.

Sixty million Chinese people had settled outside the country as of 2015, making it the world's biggest source of immigrants, according to a report by the Center for China and Globalization, a think tank. In the United States alone, 903,000 Chinese were granted permanent residence permits between 2000 and 2013, second only to Mexico.

Dual nationality is not recognized by China.

Despite Shanghai's relaxed regulation being only locally effective, there are worries that the municipality might simply be a test to reinforce the rule nationwide.

"A Chinese citizen deprived of hukou could end up being a second-class citizen," said Zhou Haiwang, a demographer at the Shanghai Academy of Social Sciences.

Concerns include the inconvenience brought up by the denial of an ID card, resulting from a hukou cancellation, which could cause trouble in air travel, hotel check-ins and registration of bank accounts in China.

Shanghai's updated regulation proposed that a canceled hukou can be retrieved once its owner returns to the homeland and settles down.

The hukou system is a unique residency policy instituted in the 1950s. A person's hukou suggests more than geographical dwelling place but also a string of social and economic benefits and welfare that involves the education of children, pension benefits, medical care, the right to buy or inherit property and even to obtain a car license plate in big cities like Shanghai and Beijing.