A major port in East China is developing new technologies in a bid to stake a claim as a national center of innovation, as Hu Yongqi reports from Xiamen, Fujian. 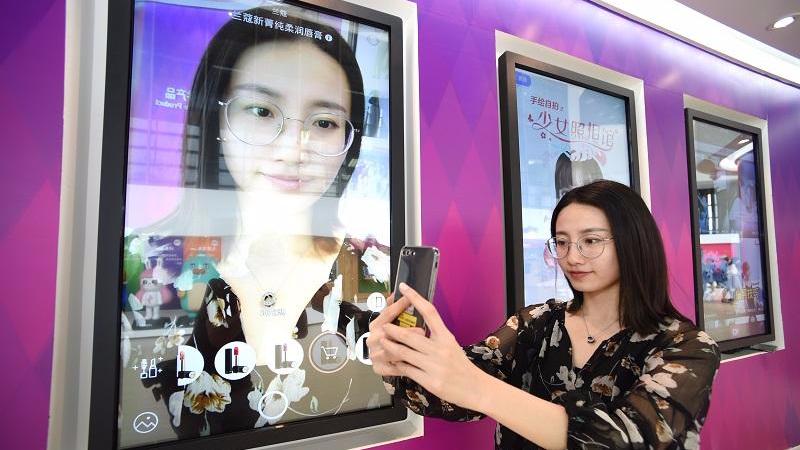 Xiamen couldn't be a better place to live and work, according to Hubei province native Fu Qiang, who settled in the coastal city in Fujian province 11 years ago.

From working as an amateur designer of electronic games in 2006, Fu is now general manager of Leiting Games, a subsidiary of G-bits Network Technology Xiamen Co.

As one of four special economic zones founded in 1980, the city has attracted thousands of young talents, such as Fu, thanks to an inviting environment that provides beautiful scenery, a good business environment and excellent employment prospects at high-tech companies.

"I loved the city from the moment I first came here. The natural and social environments, including tree-lined streets and neighborhoods, are the most important potential factors for attracting talent and professionals. So, many engineers and technicians swarm to this city and start internet-related businesses," Fu, 36, said.

He added that people in Xiamen are willing to stay with one company far longer than their peers at businesses in first-tier cities, such as Beijing and Shanghai, to improve their designs and products.

"A stable team is key to making electronic games that appeal to young people," he said.

With products carefully designed and promoted by Fu and his team, Leiting Games is popular in Vietnam, Malaysia and the United States.

G-bits, the parent company of Leiting Games, was founded 13 years ago to develop online games based on traditional Chinese culture. Last year, App Annie, a market data provider in the US, ranked the company as 47th among global mobile app developers.

Partly thanks to the contributions of young engineers, G-bits' market capitalization soared more than 17 billion yuan (US$2.5 billion) six months after it listed on the Shanghai Stock Exchange. Last year, it generated net income of 800 million yuan.

G-bits is just one of 2,671 companies at the Xiamen Software Park, where more than 92,000 people are employed. Those businesses earned combined revenue of 70 billion yuan last year, a year-on-year rise of more than 20 percent, according to Huang Qiang, Xiamen's executive vice-mayor.

Eight companies in the park have listed on the Shanghai and Hong Kong stock exchanges, and a further 42 have gone public on the National Equities Exchange and Quotation, also known as the New Third Board, which helps to fund small and medium-sized businesses.

G-bits is one of 1,225 high-tech outfits operating in the city, accounting for nearly 50 percent of all companies in Fujian. The companies have played a vital role in driving the province's social and economic development, according to Huang.

Last year, the amount spent on research and development accounted for more than 3 percent of Xiamen's GDP of 378.5 billion yuan, and Huang said high-tech companies have boosted industrial innovation and boosted the city's relationship with the outside world.

"These homegrown companies have enhanced Xiamen's role in internet-based industries. From 2006 to last year, the city's software and information industries soared by an average of 29.8 percent in terms of earnings," he said. 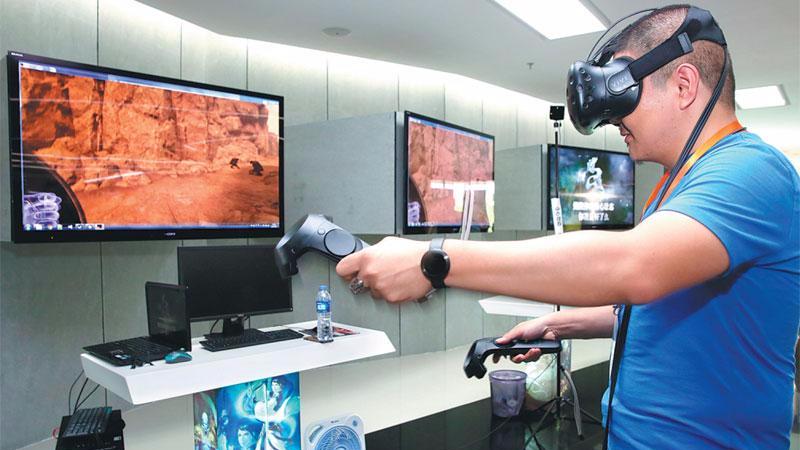 A customer experiences visual reality equipment made by G-bits, a company in Xiamen that focuses on internet game design and development. (JIN LIWANG / XINHUA)

"A recent ranking shows that five of our companies are among the top 100 internet companies in China, so the figures demonstrate that our internet industry is booming as local companies grow rapidly."

For example, when it was established in 2008, Meitu Co, the city's largest high-tech enterprise, had just 20 employees and generated revenue of 1 million yuan.

The provider of photo-editing apps now employs more than 1,800 people and earned 2.3 billion yuan in the first half of this year.

"About 94 percent of Meitu's employees are from other parts of the country, which illustrates the 'magnet' role of the information industry in attracting professionals and prioritizing the city's talent structure," Huang said.

He added that the development of software and information services, especially innovative development, has injected new vitality into the restructuring of industries in the city, which has moved factories from the downtown to suburban areas.

Next month, the city will host the ninth BRICS Summit, so its interaction with the other BRICS countries has come under the spotlight, especially with high-tech companies.

Meitu has established a significant presence overseas, and last year, 27 percent of its active daily users came from other countries. With 500 million users outside China, Meitu has achieved growth in BRICS countries, with more than 85 million users in India, 23 million in Brazil, 10 million in Russia and 3 million in South Africa.

Fu Kan, managing director of Meitu's international businesses, said the strategy for overseas markets is to ensure that each product is highly localized and includes cultural elements unique to each region. Consumers in these markets have their own preferences when it comes to expressing themselves through photos, videos, personal styles and social media presence.

The company has worked with leading local brands and celebrities in both markets, including Brazil's Natura, South America's largest cosmetics maker, and the Bollywood actress Shilpa Shetty in India, to further drive growth and promote its apps in these different cultures.

For example, Indian women have different definitions of beauty than Brazilian women, but both inspired Meitu's designers to follow different beauty trends and develop diverse products.

"That's why it's important for us to ensure that we create a highly localized experience for our users by offering culturally relevant looks, styles and content in our apps, especially our virtual makeup app," Fu Kan said.

"Chinese women like to whiten their skin with our apps, but Brazilian women are inclined to get more tanned," said Deng Lijun, Meitu's director of media relations. "By comparison, consumers in Thailand particularly like photos related to their gods. So, we are trying to follow diverse cultural features and put them in our products."

In some cases, Meitu's apps need to go beyond localization of culture and language. In India, for example, many users don't have the bandwidth to install and use apps that demand fast broadband, so the company has developed a simplified version especially for customers in the country, Fu Kan said.

Wang Zhonghong, a researcher in technological innovation at the State Council Development Center, said Xiamen, which has benefited from the national policy to develop the western side of the Taiwan Straits, was one of the first mainland cities to open-up and attract leading industries.

The city's natural environment and efficient government services also help to attract the investors and talent required to develop emerging industries such as Meitu, he added.

As one of the starting points of the ancient Maritime Silk Road, the city plans to use the opportunities created by the Belt and Road Initiative to appeal to foreign investors and explore markets overseas.

In the coming years, the city should also release more stimulus measures to further encourage investment from domestic and foreign companies, and it should also follow the lead of other major cities in cultivating world-famous brands, he said.