By ​He Shusi in Hong Kong 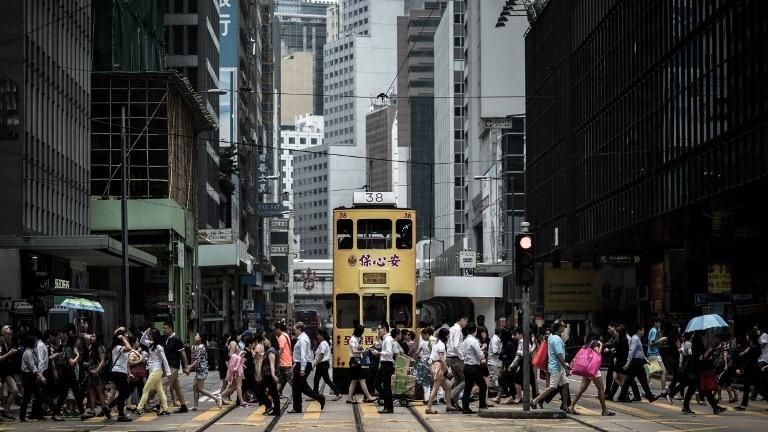 In this photo taken on Aug 25, 2015, pedestrians walk past a tramway in Hong Kong. (PHILIPPE LOPEZ / AFP)

In a boost to Hong Kong’s reputation as one of the world’s safest cities, crime cases hit record low in the first half of the year, with the lowest number of felonies reported in the 41 years since half-yearly crime data reports began in 1977, the Hong Kong Police Force announced on Wednesday.

Director of Crime and Security Li Chi-hang said the city saw 26,550 crime reports from January to last month, a decrease of 1,759 cases or 6.2 percent compared with the same period last year; the detection rate increased 0.4 percent to 45 percent.

There were 17 homicide cases in the first half, a rise of six cases. All cases have been detected and most arose from family disputes and couple relationships.

The indecent-assault tally rose 19 cases to 537; those in which victims met offenders through the internet increased by five cases.

Noting that deceptions using the latest technology remained one of the greatest challenges for Hong Kong police in recent years, Li said police will strengthen collaboration with Chinese mainland and overseas law-enforcement agencies, the Innovation and Technology Bureau as well as the financial sector to enhance detection capability.

Discussing advice from the police that the Security Bureau ban the operation of a separatist political group, the Hong Kong National Party, on national security grounds under the Societies Ordinance, Tang Ping-keung, director of operations, said police have a responsibility to investigate impartially in accordance with the law. They should also seek evidence as to whether any people or organizations have breached the law, he said.

Since the case was still under the period of appeal against the proposed prohibition for HKNP, Tang said he would not elaborate further on the case.