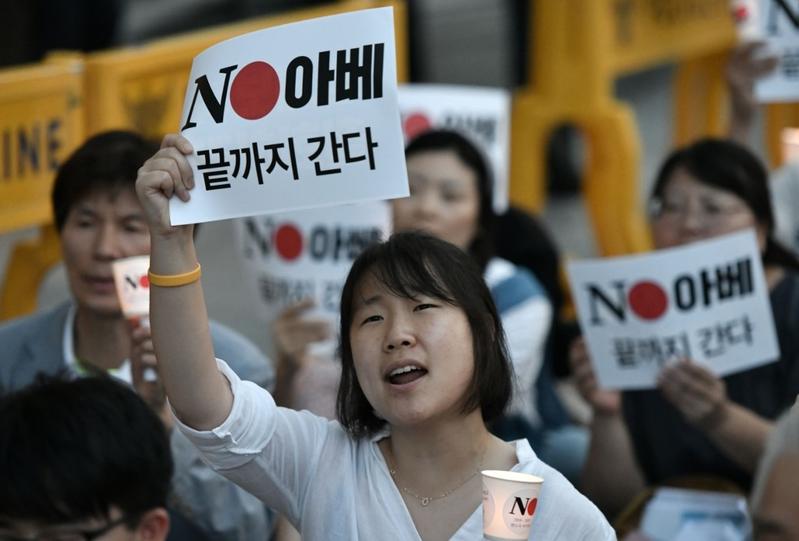 South Korean protesters hold signs reading "No Abe" during a candlelight rally denouncing Japan for its recent trade restrictions against Seoul, in front of the Japanese embassy in Seoul on Aug 1, 2019. (JUNG YEON-JE / AFP)

SEOUL/TOKYO - The Republic of Korea's Foreign Ministry has summoned the Japanese ambassador to protest Tokyo's decision to downgrade the trade status of the country.

The ministry earlier released a statement calling for Japan to "immediately withdraw" the decision to exclude the ROK from a list of nations receiving preferential treatment in trade.

The ROK also warned Japan it would be responsible for repercussions from its decision.

Japan has rejected our diplomatic efforts to solve the problem, and took a reckless decision to worsen the situation. Our government warns that Japan is fully responsible for what will happen next

The ROK also said it would take Japan off of its easy-trade list. President Moon Jae-in said Japan’s move on Friday was clearly intended to block his country’s growth and made despite US proposals to intervene. He spoke hours after Japanese Prime Minister Shinzo Abe’s cabinet struck its neighbor from a so-called “white list” of countries that benefit from less stringent checks and said the removal will take effect Aug 28.

“Japan has rejected our diplomatic efforts to solve the problem, and took a reckless decision to worsen the situation,” Moon said in comments delivered after an emergency cabinet meeting. “Our government warns that Japan is fully responsible for what will happen next.”

Protesters took to the streets outside the Japanese embassy in Seoul shortly after Tokyo announced the move and more rallies are on tap for the weekend. Tokyo has said its neighbor is lax on management of sensitive materials and that its move is a matter of national security. Seoul denies the claim of improper controls.

Trade Minister Hiroshige Seko told reporters that Japan didn’t intend the move to affect relations with the ROK and Tokyo has thoroughly explained to the US and other relevant countries its revised rules for handling exports to the ROK. “This is a revision of the way we manage export controls based on the fact that there are some inadequacies in South Korea’s export control system,” Seko told reporters.

Japanese officials have argued that the changes wouldn’t have much long-term effect on legitimate exports. But the matter has been seen by Seoul as having major implications for its already struggling economy.

Economists at Goldman Sachs Group Inc and Bank of America Merrill Lynch have also argued any disruptions from Japan’s tighter export regulations are likely to be short-lived. 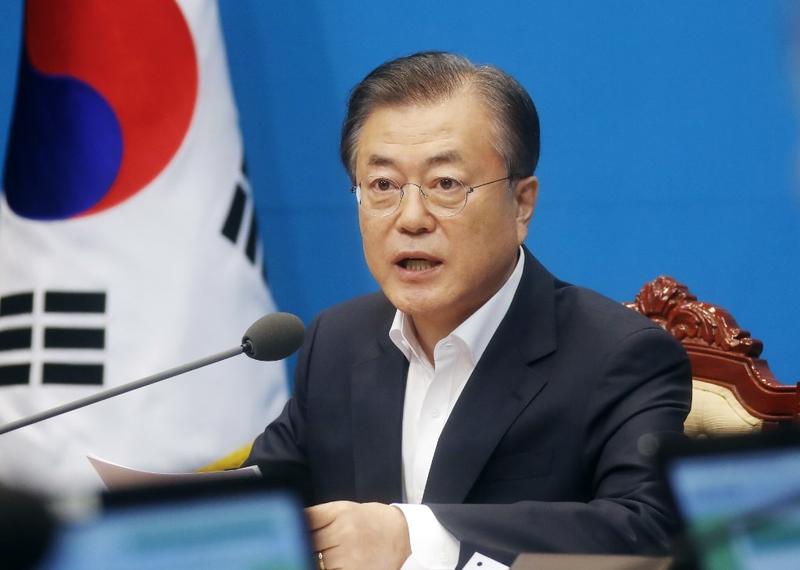 The Republic of Korea's President Moon Jae-in speaks during an emergency cabinet meeting at the presidential Blue House in Seoul on Aug 2, 2019. (YONHAP / AFP)

The move is expected to affect about 900 or more products, including building materials, chemicals and technology components. Most of the top 20 items needed for the ROK’s technology industry are highly dependent on Japanese suppliers, such as scrap steel, medical equipment, plastics and some chemical products, according to SK Securities.

The ROK’s two tech giants, Samsung Electronics Co and SK Hynix Inc, are already struggling with the earlier export restrictions. Shares of Samsung fell as much as 2 percent in Seoul on Friday, while Hynix dropped as much as 3 percent after the Tokyo move.

The decision came as US Secretary of State Mike Pompeo is set to meet with his counterparts from the two countries -- Japan’s Taro Kono and the ROK’s Kang Kyung-wha -- on the sidelines of a regional forum in Bangkok later Friday. A senior US official in Washington said this week the Trump administration was urging the two sides to reach a “standstill agreement” to give themselves room to negotiate.

Five of America’s largest tech industry groups have written a joint letter to the trade ministers of Japan and the ROK seeking to cool tensions they said threaten global production, saying too much was at stake.

Japan was incensed by the ROK court rulings holding Japanese companies liable for cases of forced labor during the colonial period. The Japanese government says all such claims were settled under a 1965 treaty, while ROK courts have said the agreement did not cover the emotional pain and distress. 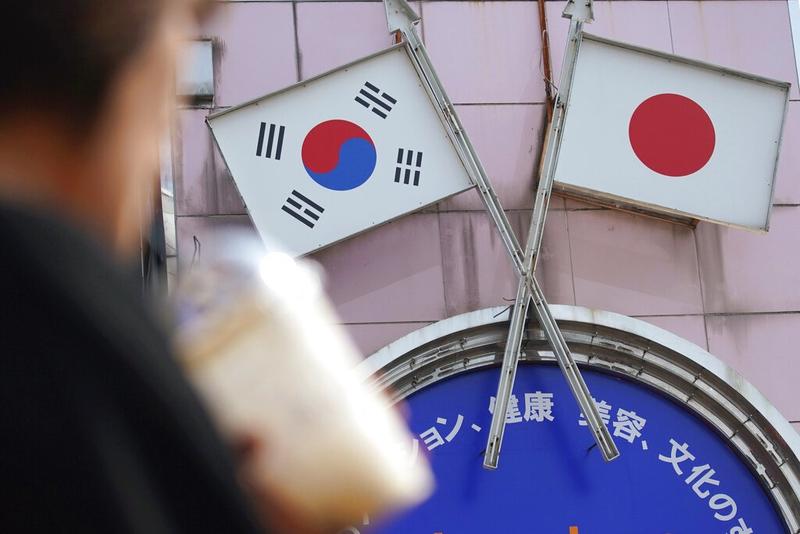 In what was seen by the ROK as retaliation, Japan announced stricter checks in July on exports of three specialty materials crucial to its neighbor’s tech industry.

The effect on the broader relationship could be serious. The ROK is reported to be considering whether to end a military information-sharing agreement, even as the Democratic People’s Republic of Korea fires off a series of missiles. The deadline for notifying Japan of such a decision comes Aug 24.

Opinion polling shows that Abe and Moon have each won support at home for taking a tough stand on the matter. Even so, Japan could arguably end up hurting its own economy, where many sectors are closely meshed with the ROK’s.