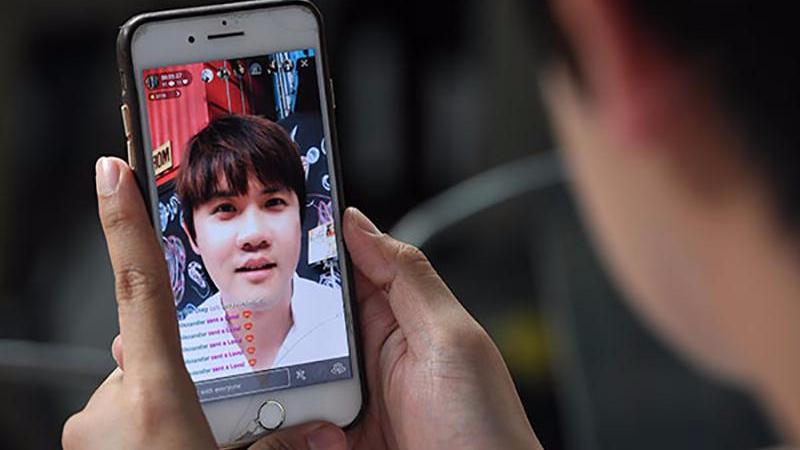 SINGAPORE - It is like channel-flipping through a Wild West of raw, unfiltered content: You can go from watching an amateur band performance to someone eating a meal, and to strangers telling you everything about their love life, all from your mobile phone.

Welcome to the world of mobile live-streaming, where anyone can point a camera at themselves doing anything. The latest in this trend are reward-centric live-streaming apps, which allow streamers to cash out on virtual gifts.

The new kids on the block, such as local companies Bigo Live and BeLive, are rising fast in popularity in Singapore and South-east Asia, fuelled by audience members and fans who pay real money to send virtual gifts to their favourite streamers.

Bigo Live chalked up over 70 million users worldwide and more than 500,000 registered users in Singapore in the span of a year since its launch in March last year.

BeLive, which launched earlier this month, already has more than 7,000 downloads and 5,000 registered users.

Said a Bigo Live spokesman: "Live-streaming is more popular because millennials constantly need to be connected. Such platforms allow them to stay connected, meet different people and share new experiences."

This trend is growing despite the rocky start of Bigo Live, which drew flak last year after its streaming platform was used by young streamers to stream provocative content.

This is something that BeLive wants to avoid as well, by focusing on the draw of such apps for "virtual busking" instead.

Both apps now actively censor unsavoury content through the use of a moderation team that checks on every stream, coupled with image-recognition software that can pick up banned content such as smoking or nudity (below, right).

Live-streaming is not a new phenomenon, but the streaming has traditionally been broadcast through computers and webcams, on websites such as AfreecaTV in South Korea , 17 in Taiwan and Twitch.

Live-streaming apps make the process more convenient and accessible as everything is done through a mobile phone, which means streamers can start broadcasting from wherever they are with minimal set-up and equipment, and viewers can also jump in any time.

"The popular stream topics we see are singing performances, make-up tutorials and just streamers talking about their lives, interacting with their audience - like having a conversation," said BeLive's Mr Tan.

These young streamers, who are often in their 20s or below, broadcast their lives and interact with their viewers, who send them a steady stream of messages and gifts.

This is another area where such apps differ from traditional live- streaming platforms. While big tech names such as Facebook, Twitter and YouTube also have live- streaming apps, they do not have a built-in way to pay streamers.

The same principle applies for BeLive, a basic "love" gift costs one cent, with flowers going for $4, a diamond ring for $25, and the priciest mansion going for $79.99. The streamer takes 60 per cent of the gift's value, while BeLive gets the remaining 40 per cent. Bigo Live did not reveal how it splits the gift's value with its streamers.