Bayern agrees to sign Coutinho on loan from Barcelona 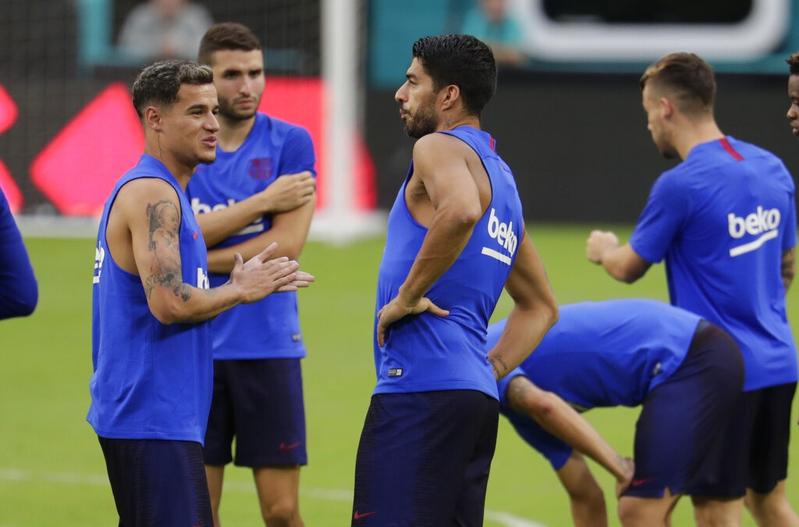 "I can confirm that (club chairman) Karl-Heinz Rummenigge and I were in Barcelona this week and have reached a consensus with FC Barcelona, the player and the agent. We had very good talks and I also want to thank FC Barcelona," Bayern sporting director Hasan Salihamidzic told broadcaster ZDF on Friday.

... we're very happy that we can bring this player to Bayern.

"Of course there are still a few details to be cleared, the medical and the signature, but we're very happy that we can bring this player to Bayern," said Salihamidzic, who refused to be drawn on the financial details of the deal.

Barcelona's director of institutional relations, Guillermo Amor, earlier said there was "an initial agreement" for the transfer, but it hadn't been finalized yet.

Amor was speaking before Barcelona lost its opening Spanish league game at Athletic Bilbao 1-0, while Salihamidzic gave his comments after Bayern was held to 2-2 at home by Hertha Berlin in its league opener.

The 27-year-old Coutinho was not included in Barcelona's squad. Coutinho failed to live up to expectations after joining Barcelona in 2017 for a club-record transfer from Liverpool worth 160 million euros (then US$192 million).

The Brazil playmaker scored 21 goals in 75 appearances for the Catalan club but was criticized by fans for not playing his best in decisive games.

Bayern had been pursuing Germany winger Leroy Sané as its No. 1 target to help fill the void left by the departing Arjen Robben and Franck Ribéry, but turned to alternatives after Sané suffered a serious knee injury while playing for Manchester City.

Salihamidzic also confirmed that Bayern was on the verge of signing French midfielder Michael Cuisance from Bundesliga rival Borussia Mönchengladbach.